I went out a bunch of times with a really great guy. He is funny, smart, and hardworking. He is also a cheapskate! He only wants to go out on dates that don’t cost anything and always gets annoyed when he has to spend money when we are out on parking or drinks. He works hard in a reputable profession so I don’t think it’s because he doesn’t have the money to take me somewhere nice. He’s also mentioned to me that my “bag, shoes, etc.” look expensive and how he would never spend money on “designer items.” My shoes are from a department store sure – but hardly designer! I like him, but think his cheapskate mindset has totally derailed our chances! Is it time to run or do I give him a chance?

Prince Seydou Mamadou Amadou Boubacar of Liberia emailed me this week. You will of course be shocked to hear that he generously offered me one million dollars. He told me I was selected from thousands of potential (gullible) winners but I was his ultimate choice. I was truly touched by his generosity and giving nature. It’s not everyday (it is) that a prince reaches out and offers you the gift of a lifetime. In order to claim my prize, he wrote, I only had to give him my social security number, bank information, and date of birth. Also, if I didn’t; he apologetically explained, he would be forced to blackmail me in a variety of ways as clearly written in the fine (illegible) print.

You Don’t Need a Penny…

You are dating someone with many good qualities and you’ve taken note. Unfortunately, you also see something you don’t appreciate. You wonder if his fixation on money will hurt any future that you consider with him. He points to things that he believes you have spent excessively on and is unhappy when he needs to pay for “superfluous” items on a date. You wonder if it is time to “cut your losses” and run, or if you are over-thinking his spendthrift ways.

Before making a decision, it would probably be prudent for you to gather more information. Is he helping his family financially through a difficult time and has been forced to be careful? Is he paying off a debt, focused on building a nest egg, or intent on living simply? It is possible of course, that he is always careful to spend very little and this manifests itself in other areas of his life. Perhaps this extends to a deficit in his generosity of spirit and his willingness to give of his time and energy. It is time to dig a little deeper so that you can have a clear answer before making a decision.

I’ll Give You My Two Cents Anytime.

Before you discount him, read the fine print and give him a chance to explain. You might be impressed with his answer and feel connected to his practicality and reasonable expectations. You may discover however, that are you are not prepared to live with someone who is “stingy” with their money or in their approach to their family and friends. You might find out that his low-cost approach to living includes his commitment to his relationships; leaving them to suffer from an emotional “withdrawal.” That next layer will offer you a fuller picture so that you can forge ahead with a future that brings you fulfillment and joy. 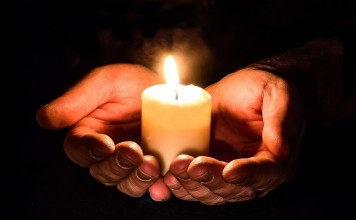