The country’s economic indicators may be falling, but incidents of domestic violence are rising.

Hotline calls, shelter visits, and domestic violence-related crimes are all up significantly, according to recent reports. Many of NYC shelters, to list just one example, are fully occupied and having to turn women away.


Job loss and declines in income add even more strain on violent relationships. A study on recent domestic-violence homicides in Massachusetts found that “limited access to services for victims and unemployment for batterers” were key risk factors of abuse.

And women often feel trapped in abusive relationships during tough economic times. They’re likely to feel they’d be unable to financially support themselves. Plus, if an abuser is out of work, there is more opportunity for them to be present at home.  It’s also not uncommon for abusers to keep victims economically enslaved, seizing paychecks and denying all access to money. When that income shrinks during hard times, the victim becomes even easier to control.

A sign that things may be getting worse is a government booklet offering advice to women on how to deal with recession-related domestic violence and discrimination from employers released last week, reflecting concern that women are to be worst hit by the economic crisis.

The 30 page document is based on the premise that “women, especially those who are pregnant or work part-time, can feel particularly vulnerable during economic downturns.” The document provides a summary of benefits already available and details support groups women can call on if they feel their job or personal safety is threatened as a result of the recession.

Figures from the police issued in January suggested that there has been a slight increase in domestic violence in the past year, and police were looking at how stress in terms of lost jobs might create tension in families. The government booklet devotes a section to the impact of the recession on divorce, violence and family tensions.

“Economic downturns can be difficult times for family relationships. Worries about finances can create additional tension and in some cases, where couples have already decided to part, problems over selling the family home can deepen tensions,” the booklet states.

The government booklet lists advice for women who have lost their jobs, saying “it is unlawful for your employer to treat you less favorably because of your pregnancy or because you take maternity leave.”

If you are a victim of domestic violence in our community you can turn to the Shalom Task Force hotline (1-888-883-2323). Our confidential national domestic abuse toll-free Hotline is the backbone of all our efforts. It was established in 1995 to provide a listening ear and to offer a wide range of referrals to our callers.

The Hotline is staffed by over 80 volunteer advocates, many of whom are professional women who work in law, social work, education and psychology. They take part in an intensive training program in addition to an internship. Besides English, we have advocates who speak Hebrew, Yiddish, Russian, Spanish and Hungarian.

Our volunteers understand the impact the economy is having on people’s lives and they are ready to speak with you when you pick up the phone and call.

Rabbi Daniel Schonbuch, MA is the Executive Director of Shalom Task Force. For more information visit www.shalomtaskforce.org or call the hotline at 1-888-883-2323. 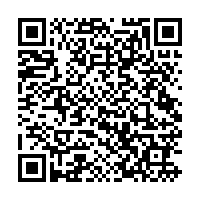