Much of my private practice is devoted to helping couples in conflict resolve their differences. I have discovered over the years that personality compatibility is an essential component of a happy marriage. Many of the couples I see in therapy struggle with reconciling radically different modes of communicating and coping with life’s issues. As a result, it is often the case that arguments ensue, empathy is strained and estrangement sets in. With that as a backdrop, here are several fictitious vignettes of couples that are personality incompatible.

Devorah prides herself on being punctual. She views it as a mark of responsibility and respect for others to be on time. As a matter of fact, she almost always gets to meetings early. Her husband Yaakov usually arrives for appointments 5-10 minutes late. He always has what he thinks is a valid reason: something came up that he had to attend to. He prides himself on his flexibility and multitasking. Devorah is frustrated because she thinks Yaakov could be more organized and prioritize his life better. The two frequently argue about this issue and it negatively affects their relationships.

Malkie is sensitive to people’s feelings and will go to almost any length to avoid a dispute. Her husband Baruch is strong willed and factual and will press his case even if it involves some degree of dissension. Malkie feels that Baruch is insensitive and bullying. Baruch believes that Malkie is too much of a pushover and that she should stand up for what she feels is right – even if it involves a disagreement. He contends that disagreements are necessary because they lead to a clarification of the truth. This difference in approach leads to frustration for both of them.

Moshe believes that the best way to raise his and his wife’s children is to set firm rules and impose natural consequences for breaching those rules. He doesn’t believe in making exceptions, as it will teach their children to shirk their responsibilities. “The law is the law” by him. His wife Ruchie is very attuned to her children and is more inclined to view non-compliance as stemming from an emotional issue. She gives the benefit of the doubt to her children in many situations. As a consequence of their differing personalities, Moshe and Ruchie frequently argue over their different child-rearing styles.

As you can see, these couples are incompatible in certain defined aspects of their relationship. Neither spouse is right or wrong; they simply have very different personalities. These differences can be difficult to detect during the dating process, when singles are in situations that do not normally pose conflict. However, after the couple is married, these incompatibilities soon assume center stage. If differences are relatively few in number and the spouses possess significant skills in empathy and acceptance of difference, things are manageable. However, the cumulative effect of profound incompatibility is that feelings of trust and intimacy are compromised.

Of course, when couples differ in some ways, they can help each other grow. However, when couples’ personalities are significantly different or incompatible, it can become more of a problem in their marriage. Personality traits that at first seemed appealing because they were different than one’s own eventually become a source of frustration and are seen as a flaw in need of rectification. Individuals who seek to change their spouses’ traits will surely encounter failure. People cannot be coerced into changing their essential nature.

What emerges is that compatibility makes it much easier to establish a happy and successful marriage. Research studies in the field of psychology have demonstrated that compatible couples are more satisfied in their marriages. Moreover, Torah hashkafa emphasizes the importance of being diligent in identifying compatibility in prospective spouses. We need to communicate this knowledge to young adults and their parents who are now actively engaged in shidduchim. We must give them the necessary tools to be able to identify personality-compatible marriage prospects.

To that end I strongly endorse an exciting resource that has just burst onto the frum dating scene, one that will hopefully result in hundreds, if not thousands, of marriages. The website ZivugZone.com uses a sophisticated, state-of-the-art software program to match singles according to their personality compatibility, hashkafa, age and other key personal preferences. My friend and colleague Moshe Coan, with whom I’ve worked closely with in the past, is the website’s founder. ZivugZone.com is free and has become hugely popular since it launched in July. The first two months saw over 1,300 singles register. 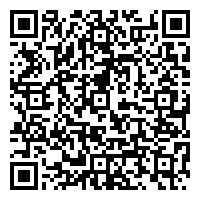