Twenty-five years ago, when kiruv was still a relatively new concept, a group of four young rabbis left Ner Yisrael with families in tow to head down south to Atlanta, Georgia. Rabbi David Silverman was one of those pioneers who founded the Atlanta Scholars Kollel. He is a powerhouse of kiruv – his charisma, sincerity and broad knowledge have helped him inspire thousands of Jews, including this writer. Though he is already a grandfather, his youthful looks and stamina have given him an entrée to reach college and high school students, while his wisdom has endeared him to their parents and grandparents. And yet he is the first to admit that his success has come from far above himself.

Himself a ba’al teshuva, Rabbi Silverman learned at Ner Yisrael for eleven years before moving to Atlanta. Over his many years in kiruv he has received many challenging questions, and the most complex ones are always asked only at the end of a class. It sounds something like this:

“There are just a few minutes left to our discussion group…Any questions?”

“‘Rabbi, how do you explain the Holocaust?”

“Do we believe in life after death?”

Rabbi Silverman has developed clear, succinct answers to these recurring questions. However at one class he was asked a completely new and challenging question on a specific topic related to the Holocaust. Without thinking Rabbi Silverman delivered a perfect answer, and yet he had no idea where it had come from.

A few days later while driving in his car, he was listening to a tape of a study group he had been part of seventeen years earlier with Rabbi Yaacov Weinberg, ztz”l, the Rosh Yeshiva of Ner Yisrael. Rabbi Silverman slammed on his brakes and had to pull over when he heard someone ask the exact same question on the Holocaust. As he heard the Rosh Yeshiva’s words, he realized he had given the identical answer that he had heard in the group! He rewound the tape to listen again and strained to try to identify who had asked the question. To his astonishment he realized, it was himself!

“The answer was obviously inside me on a certain level, but I was not consciously aware of it,” Rabbi Silverman said. “I clearly felt Hashem’s hand – I needed that experience to know how to answer the question. I felt that HaKadosh Baruch Hu wanted me to do it. It was so validating.”

A few years after moving down South, another episode clearly reminded him and his family that all comes from Hashem. Today, after growing up with guests in and out of their house, the Silverman children are pros at hosting newcomers and introducing them to Judaism. The oldest children have already grown up, married and have begun their own involvement in kiruv. But twenty years ago, when they were still young, getting them to understand the finer points of kiruv was harder.

One week, Rabbi Silverman invited a new family to come for Friday night dinner. It was their first taste of Shabbat. The Silvermans tried to do everything to make it a perfect dinner. Before the meal Rabbi Silverman tried to explain to their children that they could make a Kiddush Hashem by acting like little angels at the Shabbat table, saying divrei Torah and acting respectably.

“I wanted to make a good impression. I was concerned about how the food would taste, that my dvar Torah would be meaningful and it would be a real beautiful, enriching, uplifting experience.”

Things didn’t go quite as he had hoped.

“Every possible thing went wrong. At one point we had one kid in the bathroom yelling, ‘I’m done!’ Other kids were fighting. One kid got on the table, crawled across it and spilled grape juice everywhere. Anything and everything that could have gone wrong, went wrong.

“I was standing in the bathroom changing a kid’s diaper, trying to get another kid to say a dvar Torah when there was a knock on the bathroom door. 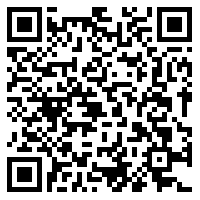