The New Israel Fund (NIF) this week denied PM Netanyahu’s accusation that it sent a letter to the Rwandan government asking it to reject a deal to absorb illegal migrants from Israel. We found the letter.

On November 28, 2017, an Israeli website affiliated with the New Israel Fund (NIF) boasted a letter that was sent from “seven leading human rights organizations” to President Kagame of Rwanda, on the eve of his Nov. 28 meeting with PM Netanyahu, asking him to reject “an agreement for the transfer of thousands of African refugees from Israel to Rwanda.” The website, which belongs to the NIF-funded Association for Civil Rights in Israel (ACRI), copied and pasted an article that had been run the day before in The Rwandan.

On Tuesday this week, Prime Minister Benjamin Netanyahu blamed the NIF for torpedoing his government’s deal with Rwanda, saying that the Fund had persuaded the African nation to refuse to take in the African migrants deported from Israel. In a post on his Facebook page, Netanyahu insisted that “the Fund endangers the security and future of the State of Israel as the nation state of the Jewish people.”

Founded in 1979 and headquartered in New York, the NIF has provided more than $300 million to more than 900 Israeli organizations. Through its Israeli proxy, Shatil, the NIF creates and nurtures coalitions of NGOs, labors to influence Israeli legislation, and holds workshops for staffers of NIF-funded NGOs.

Olivier Nduhungirehe, Rwanda’s foreign minister on Wednesday denied Netanyahu’s claim about the NIF’s role in getting his country to reject the resettlement deal. He went as far as to declare that he has no idea who the NIF is, and that the whole story was “preposterous.”

The response from the NIF allies in Israel to the PM’s accusations was swift and harsh: “Netanyahu’s attempt to blame the NIF for Rwanda’s decision to back away from a purported deal on accepting the refugees – which it denies having made in the first place – is as outrageous as it is ridiculous,” Chemi Shalev wrote in Ha’aretz on Thursday.

NIF CEO Daniel Sokatch said in a statement: “The New Israel Fund did not pressure the Rwandan government to refuse to participate in Netanyahu’s cruel mass deportation plan. We did support massive numbers of Israelis standing up for what is right and demanding action from their own government.”

JTA’s Ron Kampeas reported that suspicion of Netanyahu’s “targeting of NIF as an explanation for his about-face on the African migrants deal — a turnaround that came after intense pressure from his right flank.” He cited a tweet by former peace envoy Martin Indyk: “He was the one to negotiate, sign, announce and then renege on the agreement on asylum-seekers. But it’s not his fault. So it must be NIF’s fault.”

And Rick Jacobs, head of the Union for Reform Judaism, tweeted: “Shocked & angered by PM @Netanyahu’s attacks on @NewIsraelFund, which for decades has been a trusted champion of an Israel embodying the prophetic ideals of our Jewish tradition, including economic justice, religious freedom, human rights & more. If the PM is looking to assign blame for the tragic plight of asylum seekers, he can look no further than the mirror.”

Here is the full text of the letter to the Rwandan president, as boasted by ACRI, signed by “seven leading human rights organizations,” including several NIF-funded NGOs. It was published originally by The Rwandan on November 27, 2017, under the headline “Kagame Do not accept African Refugees who are deported from Israel by force.”

“His Excellency Paul Kagame, President of the Republic of Rwanda,

“We are turning to you, and to the people of Rwanda, with an urgent request.

“Rwanda and Israel have an ongoing special relationship. However, this relationship cannot include trading in African lives.

“Israeli Prime Minister Benjamin Netanyahu is telling the Israeli public that Rwanda has agreed to take on African refugees from Israel. Prime Minister Netanyahu says that the refugees will be forced to leave: if they do not agree to go to Rwanda, they will be put in prison forever.

“We call on you to make it clear to Prime Minister Netanyahu – Rwanda will not take refugees who do not come of their own free will.

“We urge you to use your friendship with Netanyahu to remind him – Israel is a country of refugees, it should open its heart to those who have fled Eritrea and Sudan and give them shelter.“

ASSAF-Aid Organization for Refugees and Asylum Seekers in Israel

The Association for Civil Rights in Israel

Hotline for Refugees and Migrants 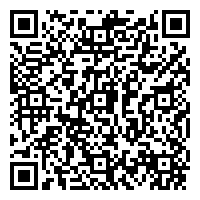