They’ll be crowding your mailbox over the next few weeks. Glossy brochures, emblazoned with words like “nurturing” and “inspiring.” You’ll see fresh-faced kids peering into microscopes, girls shooting baskets, and a boy absorbed in a Gemara. It’s open house time: open season on prospective students.

“Our open house allows us to exhibit our robust scholastic program, along with the extracurriculars we offer,” says Leslee Morris of Torah Day School of Atlanta. Inviting parents to visit a school encourages them to learn about the institution’s goals, meet its staff, and get a glimpse of how it functions. In turn, schools are able to tout their strongest selling points.


How compelling are open houses really, though? Potentially very. One mother shares how she and her daughter attended a local high school’s open house on a whim. “It was a Sunday morning, with nothing planned,” she recalls. “This school hadn’t even been on our radar, but the open house was so impressive that our interest was piqued.” Several months later, her daughter was on the roster for the school’s incoming class.

To tweak an old adage, two students, three priorities. Every student looks for something different when seeking their ideal school. “To me, it was important to attend an open-minded school, where I’d be allowed to ask questions that other places might not like,” says Chaya, a high school sophomore. “I also liked the idea of a small, cozy learning environment.”

Leah, an eighth grader, admits that most girls select high schools based on where their classmates are going. “I think it makes more sense to choose the best school for me, and then consider where my friends are going. I’m trying to find a high school with an interesting curriculum where I could learn a lot,” she says.

Parents have their own priorities when it comes to selecting the right schools for their children. Mrs. Resnick from Monsey, N.Y., explains how to her, it’s a multipronged search. “It’s important to me that a school have an aura of professionalism and organization,” she says. “At the same time, I feel it’s crucial that a school exudes warmth, and that I get the sense that my child will receive the attention he needs.” At too many schools, one of these ideals is neglected in pursuit of the other, she says.

To Shira, mother of several boys, the student body is the most vital factor. “My son will be measuring himself against his classmates. Kids are super competitive; I want them competing for the right things,” she says.

If students and parents each have their own hierarchies of concerns when choosing a school, who ultimately makes the decision? According to Rabbi Yehoshua Levy, executive school consultant at Torah U’Mesorah, it’s a cooperative effort. “While previously the decision fell largely to parents, today students are having more of a say,” he says. Leah confirms this, stating that she and her mother will choose together. But Shira disagrees. “While we listen to what our son has to say on the matter, the decision is chiefly ours. We feel that as adults and as his parents, we know what our son needs best.”

Regardless of who makes the final decision, open houses are usually geared to attract both parents and students. “One school’s program was carefully designed to engage both groups,” Resnick recalls. “We were shown a presentation, and the kids were brought to a science lab where a teacher did an experiment or two with them. They left intrigued.”

At Ashar in Monsey, children and adults participate side by side. “We have teachers giving mini lessons to the kids as their parents look on,” says Jacqueline Borgen, principal for early childhood and first grade at Ashar. “In this way, the adults see what a fantastic program we offer, and the kids get excited to start school.” In order to involve the children further, a different theme is selected for the open house each year. Ashar’s upcoming event will revolve around Sefer Bereishis; booths will be set up with various activities and food items relating to the parshiyos, and the program will culminate with a siyum.

Sometimes, students currently in the school will be at the open house. “Our eighth graders are there to serve as ambassadors of our program. This way, we also get to show parents our end product,” says Morris. High school sophomore Tali admits that it was slightly intimidating having older students at the open house she attended in eighth grade. “The girls were friendly, though, so I did get a good vibe about the school,” she says.

According to Shaina, who has attended several open houses, hearing how different schools promote themselves can be very telling. “Each school emphasizes something else in its presentation. The way an institution markets itself reveals what matters most to its administration. If you listen closely, it isn’t difficult to discern whether a school’s objectives are in line with yours.”

At times, listening carefully exposes other things – some of them amusing. Shira was at a parlor meeting held by a yeshiva trying to canvass parents of eighth graders. An earnest-looking principal got up to give an overview of the school’s schedule and curriculum. “Before sitting down, he very sincerely told us that the yeshiva did its utmost to fester relationships with its parent body. His words were sweet, but that gaffe turned me off,” she says.

Eager to drum up enrollment, some schools toot their own horns a bit too loudly. How should the savvy parent winnow out fact from fantasy? “An open house exhibits a school’s vision, but not necessarily its reality,” Shira says. “To get a real feel for the school, speak to like-minded parents. Check out what the school’s graduates are like.”

You are the consumer. Inquire. Probe. Verify. Your children will thank you. 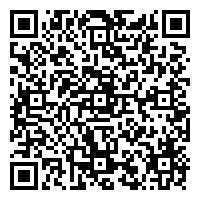