Had I been told a year ago that in a short amount of time my husband and I would have all of our children living with us under one roof, I would have thought it was a joke. Although my husband and I had been working toward this goal for all the years of our marriage, with each passing year it seemed less and less of a possibility.

Several years ago, after a grueling and extensive trial in family court including a number of professional evaluations, my husband ultimately was granted residential custody of his children. The only catch was that we had already relocated our family to Israel and the judge would not allow them to even visit with us here due to concerns for their “safety.”


Once again it seemed as if a cruel prank was being played on us. Either move back to the U.S. with our (then) five children and be able to parent my husband’s two children as we had hoped, or stay in Israel that we believe is not only a realization of a dream but a religious obligation – and try to parent from afar. We lost many nights sleep over this decision, and after seeking advice from several rebbeim who we respect the decision was made to stay in Israel. We tried to stay as connected and involved as the distance would allow, but basically we were in a wait-and-see mode. And as frustrating as that was for all of us, we had emunah that Hashem had a greater plan.

As some of you may recall, last summer, soon after my stepdaughter turned 18, she chose to join our family here in Israel. It was difficult for her to leave her brother behind (she worried about his future as we all did), but felt that her moving here may pave the road for him to come when he reached adulthood and could decide for himself.

After my stepdaughter’s daughter’s arrival, our concern for my stepson only increased. It seemed more difficult to reach him by phone, the messages we left for him went unanswered, and the news we were getting from his hometown about him did not sound good.

For many years, communication with the children’s mother had been difficult at best. Now that my stepdaughter made her choice to be here with us, any possibility of exchanging information seemed completely lost. We were worried and concerned for my stepson but felt helpless in changing his fate from so far away. The best we felt we could do was to keep trying to get through to him on all levels and to make sure he got the messages that we were here for him and loved him. And of course we prayed.

As I said, apparently Hashem has his greater plan. And now, just one short year later, due to changes in his home life and his mother’s remarriage, my 16-year-old stepson was granted permission to join us and arrived just a few weeks ago.

That first Shabbat, looking around our table at all eight faces and having flashbacks about all the events that have led us to this point, was overwhelming. Watching my husband bless each one of our children in age order, without any “missing” pieces, brought tears to my eyes. Hearing the children reminisce about the times we shared when we were all together before our move, and how vivid and special these memories are to all of them, made me feel that all of the hard work leading up to this time was worth it. Seeing my stepson reconnect with his brothers and sisters and actually meeting the two littlest ones was an incomparable feeling. As much as we had hoped, prayed and sacrificed so much to achieve this, I don’t know if I ever really believed it would happen.

The odds had been stacked against us. Fathers do not often get custody of their children although I hear the tides have been changing over the last few years. In our situation we were not only up against my stepchildren’s mother in our efforts to gain access to and/or custody of the children, but her entire community backed her without questioning or understanding all of the important aspects of our case. They felt sorry for this single woman living among them trying to raise her children. They believed all the propaganda against my husband and me that are the usual and often false accusations tossed around in divorce and custody battles. The reality is often far from how the situation is portrayed.

Parental alienation, where one parent tries to alienate the children from their other parent, is not always easy to spot. People who pride themselves on doing chesed and think they are helping out in difficult family situations may, in reality, be hurting the situation and enabling the alienation to continue. The end result is that the children can be damaged permanently by the efforts of the very people who are claiming to care for them.

Within the last few years, Baruch Hashem, after years of searching and hoping, I was able to find some wonderfully helpful and open-minded people within the community where my stepchildren were living. They were willing to take a look at things in a new light rather than, at face value, believe all that they were told. That is when things really began to change for my stepchildren. They finally felt safe in sharing how they really felt and what had been really going on in their home life over the years. With their assistance, along with our reassurance and constant devotion and love for the children, we were able to break down the barriers created by the negative messages they were receiving.

As happy and excited as we all are regarding our new chapter as a family – one where we are all living under one roof – we recognize that there are many challenges ahead for us. With no friends or family members who have lived through an experience like this that can tell us what lies ahead, we are swimming in uncharted waters. For now we are doing our best to take things one day at a time, and are trying to put out the “fires” as quickly as possible.

Allowing each child space and time to readjust to this new “blend” is also important. The key for us is making sure that each child knows that he/she is an important part of our family and is loved unconditionally. As hectic as life can get around here these days, we recognize that each and every day that we have a chance to create new and loving memories together as a family is a blessing to us all.

It is my hope that the preceding story regarding Parental Alienation Syndrome will give those of you dealing with it on a daily basis some chizuk (strength) along the way. I also hope that it will help open the eyes of people – including parents, rabbis, teachers, family and friends – who enable these situations to continue.

Yehudit Levinson welcomes and encourages input and feedback on issues relating to the blended family. She can be reached at blendedfamily@aol.com. 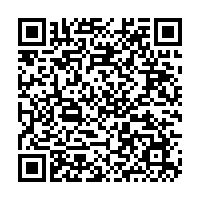