Discovering The Deeper Meaning Of Your Words

Having parented a struggling adolescent for several years, Yael was expecting that life would be different for her now twenty-year old son. She was, and still is, an excellent student, diligently applying the tools she has been gaining in our coaching sessions. Harmony and peace has returned to her home, and the relationship (with her son) she was working on mending has become a reality. Admittedly, she attributes the restored relationship to a parenting methodology she has undertaken — the love-tough approach.

In essence, Yael has been following the principles of letting go of negative behaviors, termed external control (i.e., yelling, nagging, criticizing, blaming, forcing, etc.), and replacing them with a more benign manner of interacting, known as internal control(i.e., listening, understanding, encouraging, supporting, building up). Yael is aware that the only one she can change is herself and the only behaviors she can improve upon are her own. Equally as important, Yael has learned how to put into effect boundaries and rules in a compassionate way, and how to allow the consequences to do the policing rather than she playing the role of cop.

Now that the relationship has moved into a more positive realm, and major conflicts are no longer a part of daily life, Yael was having a hard time understanding how her son was still not putting his life together. As the session continued, her tone of voice seemed to denote frustration: “He’s still not doing anything productive! I need to do more to help him move forward!”

Viewing Yael’s concluding statement as a coaching opportunity, I suggested we do some NLP (Neuro-Linguistic Programming) work and delve a bit into the meaning of her words.

The following is a partial segment of our ensuing session:

Debbie: What is the connotation of I need- what does it mean to you?

Yael: When I say, I need, I’m feeling that it’s my obligation and parental responsibility to look for ways to move my son forward in life. (She pauses for a few seconds, contemplating what she had just said and continues her response.) Truthfully,deep down I know that I’d like to control him, and push him, and make things happen for him so that he’d finally do something productive. (Her voice pitch heightens as she becomes more emotional.) I just want to shake him around and light a fire under him to get him going once and for all! And I want him to keep moving instead of regressing into that “do-nothing” state that he keeps falling into! I’m dying to tell him how all of his friends have gone beyond their previous life, even the ones who were sleeping all day and staying out half the night.

D: What do you think would happen to your relationship, at this point in time, if you would try to coerce him or control him? Do you believe that going back to your previous way of relating to him will encourage him to accomplish that which you would like to see happen — that he become productive? And how do you think he would react if you would remind him about his friends who have moved beyond their past?

Y: Laughingly – Of course it would be a hindrance! I’m absolutely certain our relationship would suffer, and tension would resume in our home. I’m also aware that bringing up his friends’ successes would probably send him further into depression. Come to think of it, I have used that tactic from time to time — when I’ve faltered and reverted to my “old patterns” — and it has always ended up backfiring.

D: You indicated, “I need to do more.” This comment implies you’ve already done something.

Y: Yes. As a matter of fact, I believe I’ve done a lot. (She pauses) No, let’s change that. I mean I know for a fact that I’ve gone the extra mile to do everything in my power to facilitate my son’s progress.

D: On a scale from 1-10, how would you rate the degree of efforts you have generated thus far?

D: Then if you gave yourself the highest rating, and you acknowledge how much you have done for your son’s sake, what do you think is behind your statement, “I need to do more?” Take your time to think about it. I’m sure an answer will come to you as you listen attentively to your internal voice. Do you hear what it is saying? (After two minutes of silence, Yael speaks.)

Y: I suppose I was really trying to move this process along as quickly as possible. I’ve been working so hard. I’m tired; I’m drained; I’m impatient. When I say, “I need to,” I feel like I’m pressuring myself to take control of the situation rather than waiting for “things” to happen in its right time. And while I know that life doesn’t work like this, in a funny kind-of way, I feel self- assured (and I know it’s a false sense) that if I maximize my involvement and control of my son’s life, he’ll finally do something productive. Silly, isn’t it!

At the conclusion of our session, I suggested to Yael that she compose two lists. One would be an inventory of all the proactive steps she has taken up until now. A second list would require her to reflect on newer or more refined actions she intends to undertake in the near future — steps that would be within her capability and abilities. I also asked her to write a reflective summary of her learning outcome for this session. Sensing these exercises would be beneficial Yael agreed to do them.

Knowing Yael’s energetic and indefatigable disposition, I was expecting to read a long list of “projects” she has assumed during these past years. I was also anticipating receiving from her a second list, enumerating a few newer ideas. To my surprise, there were no lists. Yes, it was definitely in her plan. However, when she began to think of what else she could do or who she might contact, the only words she saw in her mind’s eye and heard reverberating were: “I already did that; I already did that!”

It was within these self-reflections that Yael discovered a truth about herself. It was a reality that became unearthed when she sat down to compile the lists she had intended to do and, in its stead, a brief, poignant poem emerged. Yael had asked that I share her profound lesson with the readership as a piece of advice to parents who are attempting to nurture a more effective relationship with their children.

When we look to siyata d’Shmaya, we are always doing something,

We are always accomplishing!

In the next installment, Upgrading Our Language: Powerful vs. Weak Words, the focus will be on choosing words that support and facilitate more effective communication.

Complete List of the Trump 2016 Campaign’s Promises to Israel

Annexation Does NOT = Apartheid 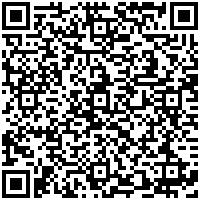