Should you let your toddler dress herself even if it takes an extra ten minutes for her to zip her jacket?

Should you encourage your three-year-old to brush his own teeth even if he’s going to miss the front two for the first few weeks?


Should you allow your two-year-old to feed himself pasta even if quarter of it will end up on the table instead of his mouth?

For parents with little kids, there’s often a fine line between too much independence and too little. We want our children to be confident and explore, but we also want to have some sort of control over our their lives. Erik Erikson, a Harvard psychologist, understood this push and pull. In fact, he divided people’s lives into eight stages in which there is a “crisis” that might be resolved before negotiating the next step. The questions above relate to the second stage of development (“will”) and in reality, Erikson would encourage us to give our children as much independence as we can as long as they are provided with support and security.

Erikson’s psychosocial stages of development are divided into stages by age (though in some cases the ages are fluid). Below, I have explained them and the ways parents and family can help steer toward the right “path.”

1: Hope. From the time we are born until around age two, we are dealing the concept of trust vs. mistrust. Even as newborns, we subconsciously ask ourselves, “Can I trust the world?” If parents (or caregivers) consistently feed children, keep them warm, and are affectionate with them, they learn that the world is a dependable and reliable place. If, on the other hand, caregivers are neglectful or abusive, babies learn that the world is an unpredictable scary place.

2: Will. Between the ages of two and four, children explore the question, “Is it okay to be me?” This question centers on the concepts of autonomy vs. shame and doubt. Children learn to use the toilet, dress themselves, and gain their first interests. If they are given the right amount of responsibility and praise for their actions, rather than shamed when they do things poorly, they develop a sense of being able to handle their own problems. If, on the other hand, they are given too many responsibilities or mocked when they make attempts, they will doubt themselves and their self-sufficiency.

3: Purpose. From the age of four to five, children move from the simple performance of a task to working on the quality and planning of it. They ask themselves, “Is it okay for me to do, move and act?” They also deal with the issue of initiative vs. guilt. If their growing independence is supported, they learn to take the initiative. If their independence is stifled or forced, they feel guilty about their needs and desires.

4: Competence. The elementary school years (ages five through twelve) are characterized by children asking themselves, “Can I make it in the world of people and things?” These school years are essential for the development of self-confidence and center on industry vs. inferiority. Children who have many opportunities to develop and showcase their skills through art, sports, and academics will feel positively about themselves and develop a sense of industry. Children who are ridiculed or punished for their efforts will develop a sense of inferiority.

5: Fidelity. Adolescents, ages thirteen through nineteen, struggle with the question, “Who am I and what can I be?” This transition between childhood and adulthood deals with identity vs. role confusion. This fifth stage of Erikson’s psychosocial stages is the crossroads, one in which children develop a strong sense of self, or are stuck in an identity crisis.

6: Love. Depending on community and an individual’s path, this stage can happen anytime between twenty and thirty-nine years and is usually capped off in marriage. The essential question is, “Can I love?” and the struggle with intimacy vs. isolation. Once people establish their identity (in stage five), they are able to make lasting commitments to others.

7: Care. In middle adulthood (anywhere from ages twenty-five to sixty-five), people struggle with the question, “Can I make my life count?” They deal with conflict of generativity vs. stagnation. If, during this period, a person makes positive contributions to society, family, and self, he or she will develop a sense of generativity or productivity. If not, he or she will feel stuck and dissatisfied.

8: Wisdom. As people become aware of their mortality, they ask themselves, “Is it okay to have been me?” The central conflict here is integrity vs. despair. When they look back at their lives, if they feel they were productive and loved, they will develop feelings of contentment. The opposite is true if looking back makes them feel that they accomplished little. This stage can occur out of order if someone feels that they are near the end of their life.

We face these crossroads as parents and as individuals; in which direction will we guide our children? In which direction will we ourselves travel? An awareness of these stages and a recognition of the effect they can have on our lives (with something as simple as autonomous tooth-brushing) can help us teach our children and ourselves to build healthy and happy lives.

Register now for a Social Thinking workshop by Michelle Garcia Winner on November 16. Call Mrs. Schonfeld at 718-382-5437 for more information. 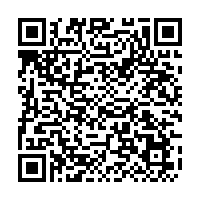