Mark, sixteen years old, has trouble sitting still in class. His mind wanders; he’s anxious and is failing many of his subjects. Mark was never tested for Attention Deficit Hyperactivity Disorder; somehow he slipped through the cracks in the system and never received the help he needed years ago. Mark now faces difficulty finishing high school.

Studies have shown that teenagers with ADHD are at greater risk for school failure, other learning disabilities, and alcohol or other drug abuse. Mark may have more difficulty maintaining friendships and getting along with his family. He may also be more irritable and have a quick temper. Teenagers with ADHD are also at higher risk for developing depression because of the frustrations that come with this disorder.

It is important to note that about “20 to 40 percent of ADHD children may eventually develop conduct disorder (CD), a more serious pattern of antisocial behavior.”¹³ These children frequently lie or steal, fight with or bully others, and are at serious risk of getting into trouble at school or with the police. They violate the basic rights of other people, are aggressive toward people and/or animals, destroy property, break into people’s homes, commit thefts, carry or use weapons, or engage in vandalism.

Simon, age 15, has lost the zest for life he once enjoyed as a child. He is successful in school, but personally unhappy. He also suffers from feelings of sadness and despair and has withdrawn from spending time with friends and family. Simon is suffering from depression.

In 2000, the National Institute of Mental Health estimated that more teens suffer from depression than you might think. It is estimated that one in five children have some sort of mental, behavioral, or emotional problem, and that one in ten may have a serious emotional problem. Among adolescents, one in six may suffer from depression. Of all these children and teens struggling with emotional and behavioral problems, a mere 30% receive any sort of intervention or treatment. The other 70% simply struggle through the pain of mental illness or emotional turmoil, doing their best to make it to adulthood.

I have found that parents do not recognize the symptoms of depression in their adolescent children. Symptoms to look out for include:

Rachel has a secret that she is desperate to keep. She’s fourteen years old, on the verge of entering high school and she is dying to be thin, literally. Recently she discovered that maintaining her pre-adolescent shape might just be possible. Laxative abuse, self-induced vomiting and excessive exercise may be able to keep her slim forever.

Rachel suffers from bulimia nervosa. She has a serious illness that can lead to malnutrition, electrolyte imbalances, heart attack, and seizures. Some studies indicate that 1 in 19 orthodox teens has an eating disorder and few receive the care needed to overcome this dangerous and growing phenomenon.

Eating disorders involve serious disturbances in eating behavior, such as extreme and unhealthy reduction of food intake or severe overeating, as well as feelings of distress or extreme concern about body shape or weight. Researchers are investigating how and why initially voluntary behaviors, such as eating smaller or larger amounts of food than usual, at some point move beyond control for some people and develop into an eating disorder. Eating disorders are not due to a failure of will or behavior; they are real, treatable medical illnesses in which certain maladaptive patterns of eating take on a life of their own. The main types of eating disorders are anorexia nervosa and bulimia nervosa. A third type, binge-eating disorder, has been suggested but has not yet been approved as a formal psychiatric diagnosis. Eating disorders frequently develop during adolescence or early adulthood, but some reports indicate their onset can occur during childhood or later in adulthood.

Michael is fifteen years old and he’s already been in three different schools. Last week he was expelled from his yeshiva and is now hanging around at home with nothing to do.

Bearing the pain of the situation and realizing the implications for his future, Michael’s parents begin to ask themselves what went wrong. They vaguely remember his early childhood experiences at school. In third grade, he had a hard time with his rabbi. He recalls, “My rabbi was very mean to us. He used to yell at me when I didn’t even do anything. He also gave me ridiculous punishments, like writing thirty Mishnayos over and over again – just for coming late to davening!”

And then there were the problems in fourth grade and again in sixth grade with the rabbis who Michael’s parents thought would understand their son. But he wasn’t able to keep up in Talmud, and being frustrated, he just stopped trying. That’s when the behavior problems started. Michael started receiving more detentions and notes from the principal, and eventually he got kicked out of school for disrupting the class. 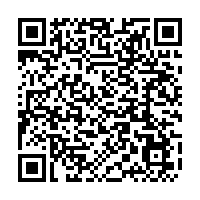