Tired of not being sure

As they should be…

The above is the beginning of a poem I found written by someone who is struggling with Obsessive Compulsive Disorder (OCD). The author who goes by “Forever Learning,” ends the poem with “I want to be free.” This poet’s OCD makes him tired and trapped in the constant need to make sure and to be certain, like many others who suffer from the anxiety disorder.

In recent years, the term “OCD” entered into the vernacular – people have started to say, “Oh, you are so OCD!” when their friends are worried about seemingly silly things. But, what does the term really mean?

Each of us knows what it feels like to be anxious or apprehensive: the night before a big test, going on a date, or when preparing for Yom Kippur. So, how do you distinguish that normal anxiety from Obsessive Compulsive Disorder (OCD)?

The World Health Organization estimates that around 2.5% of the world’s population is affected by OCD – ranging from children to senior citizens. Evidence is strong that OCD tends to run in families. Of course, having a genetic tendency for OCD does not mean a person will develop it.

Dr. Elana Pearl Ben-Joseph of the Emours Center for Children’s Health Media states that people “with OCD become preoccupied with whether something could be harmful, dangerous, wrong, or dirty — or with thoughts about bad stuff that might happen. With OCD, upsetting or scary thoughts or images, called obsessions, pop into a person’s mind and are hard to shake.”

Whereas with regular anxious thoughts, a person can be distracted from thinking them, or be able to suppress them, in a person with OCD the rise in anxiety is so strong that the person feels that he or she must perform the task or dwell on the thought over and over again, to the point where it interferes with everyday life. Patrick McGrath, Ph.D., author of The OCD Answer Book, adds, “OCD is a mental disorder that affects the deepest parts of a person’s brain. It is not something to be wished away or punished into submission.”

Here are different areas where obsessive-compulsive thoughts and behaviors may be concentrated:

Washing and cleaning: People who consistently wash and clean may have a fear of getting contaminated or spreading contamination. To offset this, someone with OCD might engage in excessive showering and washing in order to kill germs. Often, this can lead to extremely dry skin that cracks and bleeds.

Hoarding: People may resist throwing out objects because they believe the item might have a use in the future. At times, this can mean saving meaningless scraps of paper or souvenir baseball caps from years ago.

Checking: Before going to sleep, people with OCD will frequently check and recheck the locks on doors and window. Prior to leaving the house, they will ensure that the stove is off, sometimes returning to confirm several times.

If someone you know shows signs of OCD, talk to a health care professional. In screening for OCD, most doctors use a tool called a structured clinical interview to determine if the person has consistent symptoms. These interviews contain standardized questions to ensure that each patient is interviewed in the same way.

Once diagnosed, the most successful treatment helps people change their thoughts and feelings by first changing behavior. Often, it involves exposing people to their fears in order for them to recognize that no disastrous outcomes will occur, thus eventually decreasing their anxiety. Over time, the affected person gains confidence that he or she can fight OCD. They learn that giving into Obsessive Compulsive Disorder does not make the worries go away. An important note, though, is that this method of treatment should be provided by a professional and not simply attempted at home.

The good news is that with increased awareness, OCD is treatable and surmountable. The first step is recognizing the fear – then you can learn how to fight it. In a children’s book that I wrote about anxiety entitled My Friend, the Worrier, the main character Shimon begins to feel like his life is under the control of his anxiety and OCD. Throughout the book, as Shimon’s worries grow, the monster that follows him continues to grow. Only when he begins to say “no” to the monster and refuses to “feed” it, does the monster begin to shrink. The book is a great resource for children suffering from any form of anxiety, and can help adults speak to children about this important issue. In addition, there are plenty of other children’s books available on the subject, as well as workbooks and self-help books.

As a community, we can choose to address these anxiety disorders head on without stigmatizing them. This way, everyone can stop feeling so tired of fighting the battle alone! 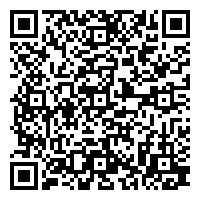