Building a relationship with your children is often one of the most overlooked aspects of parenting teenagers; yet clearly, as the evidence suggests, the relationship is key to managing a teenager’s at-risk behavior and restoring confidence in the family unit.

Similar conclusions were reached by two other studies:  a Columbia University study in September 2002, found that “isolation from parents make affluent students more likely to become depressed, and to smoke, drink and abuse drugs,” and a National Institute on Drug Abuse 1999 study showed that “Family-focused programs have been found to significantly reduce all the major risk domains and increase protective processes” and that “even those [families] with indicated ‘hard-core’ problems can benefit from family-strengthening strategies.”


To corroborate the findings of these studies, I asked a group of high school juniors and seniors at a well-known Jewish day school what they felt were the most important issues teens face.  These were the students’ answers according to their own ranking, starting with the most important:

Surprisingly, issues like physical changes, peer pressure, and drug use were placed low on the students’ list, whereas the issues of poor relationships with their parents and teachers were ranked highest. In general, these teenagers seemed alienated from their parents and felt that their teachers had somehow let them down.

Investing In Your Relationship

In many ways, investing in an emotional relationship with a teenager is similar to building a solid financial investment. A wise investment is great preparation for your future, and the formula works for teenagers in exactly the same way – the more you put in, the more you can take out. However, any good investment must be carefully planned; time, discipline, and patience are required for you to actually see the fruits of your efforts.

A relationship that has been invested in is one that can endure the many trials and tribulations of adolescence.  It’s there for you when the going gets tough. So when you need to dig into your investment prematurely, it’s waiting for you.

My wife and I try to schedule time alone together with each of our older children at least once a week. Recently, we even started making “dates” with each of our children to go out and have a good time together. Sometimes we go to a restaurant to eat or take a walk.  Sometimes we go for a soda at the local convenience store. When life gets hectic and time is limited, I usually spend time reading to or just talking privately with one of my children. Most importantly, during our dates I never talk about homework or behavior problems. We just talk about matters that they think are important.

It really doesn’t matter what you do or what you talk about during your private times together.  What matters is that you give your teenager a feeling that he or she is the most important person in the world. These moments of relationship building give parents the opportunity to develop the kind of personal connection they need to help their teenagers navigate through the turbulent waters of their adolescence.

Although parents often try to force their teenagers to behave the way they expect them to, in the long run, it’s not the pressure that parents exert that makes a difference. It’s the overall relationship built on a strong sense of friendship that helps teens develop self-esteem and confidence. Self-esteem then becomes a springboard that can help teenagers solve even the most difficult problems.

Imagine a flowing river that is exerting a certain amount of pressure on a levee.  Suddenly, without warning a hurricane brings massive amounts of rain placing 50 percent more pressure on the dam.  Without an equal amount of stabilizing force being applied to the dam, it won’t be able to withstand the new level of pressure against it, and it faces the risk of breaking apart. 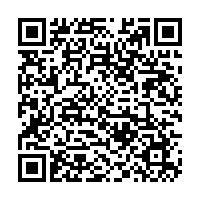