Scenario: your teenager starts smoking and you detect it by smelling it on his or her breath or by finding packs of cigarettes in his or her bedroom.

The attractiveness of cigarette smoking is more than just the high teenagers receive through inhaling nicotine. When teenagers smoke, they are often trying to accomplish three objectives:

To gain control by making their own decisions, To gain the social status of adults, To gain acceptance into a popular group of teenagers who smoke.

Teenagers who smoke often believe that smoking will make them look older and that they will be treated in an adult-like way. Smoking, therefore, is a statement by teenagers that they can take control of their own lives and be independent from their parents.

Teenagers also use smoking as a means of achieving social acceptance. By smoking, a teenager can gain entry to a selective club of teens who are willing to take chances and make their own choices independent of what their parents want from them.

Empowering your teenager with healthy levels of control.

Working to build your teenager’s self-esteem.

Highlighting and nurturing your teenager’s unique qualities and talents.

Arranging a meeting with a mental health professional to discuss ways of quitting smoking that may include group therapy and/or pharmaceutical drugs to help wean your teenager off cigarettes.

Scenario: Your teenager is rude and insulting.

One of the most common issues facing parents with teenagers at risk is the teenager’s use of rude and offensive language. Unfortunately parents tend to fight fire with fire and respond by yelling back. According to Relationship Theory, parents need to avoid power struggles and instead work to understand the inner issues motivating their teenager’s behavior.

Most of the time, rude behavior is a symptom of extreme frustration. Teenagers who haven’t learned how to express their needs tend to bottle up their emotions and let them loose on their parents and teachers.

Other possible causes of rude behavior include feelings of loss of control and poor self-esteem. When teenagers feel bad about their self-image, they sometimes project their feelings onto their parents by blaming them for their frustration and feelings of anger and resentment.

Instead of confronting their teenagers’ behavior, it’s best for parents to tell their teenagers that they are unable to speak with them under the current circumstances. Rather, parents should wait for an appropriate occasion when their teenager will be more open to discuss their inner issues in a calm and respectful manner.

Empowering your teenager with healthy levels of control,

Investing in your relationship with your teenager,

Highlighting and nurturing your teenager’s unique qualities and talents.

Drug and Alcohol Use and Abuse

Scenario: you suspect that your teenager is drinking alcohol or using drugs.

What causes certain teenagers to experiment with alcohol and drugs? As a certified alcohol and substance abuse professional, I have found that lack of parental support, monitoring and communication and low self-esteem are significantly related to frequency of drinking, heavy drinking and drunkenness among teenagers. Harsh, inconsistent discipline and hostility or a parent’s rejection have also been found to significantly predict adolescent drinking and alcohol-related problems.

If you suspect alcohol or drug abuse, several relationship-based strategies include:

Working to improve your relationship with your teenager.

Empowering your teenager with healthy levels of control.

Working on building your teenager’s sense of self-esteem.

Seeking counseling (individual and/or group) and behavioral therapies that are critical components of effective treatment. In therapy, teenagers look at issues of motivation, build skills to resist drug use, replace drug-using activities with constructive and rewarding behaviors, and improve problem-solving skills.

Rabbi Daniel Schonbuch, MA, is the Executive Director of Shalom Task Force. He is the author of “At Risk – Never Beyond Reach” and “First Aid for Jewish Marriages.” To order a copy, visit www.JewishMarriageSupport.com. For an appointment call 646-428-4723 or email rabbischonbuch@yahoo.com.

Seems When it Comes to Israel, Carter Can’t Control Himself

The Abuse of Halacha: Keeping Halacha Under Control 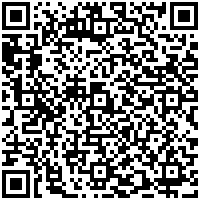