Judaism is in trouble. More and more of the unacceptable is being done and said in its name. Besides causing infinite damage to Judaism’s great message, it is a terrible desecration of God’s name. And all of this is seen and heard by millions of gentiles watching television, browsing websites, or listening to the radio. Many are repelled when they witness horrible scenes in which Jews attack each other in the name of Judaism. Media outlets around the world portray religious Jews in most distressing ways. While it cannot be denied that anti-Semitism plays a role and tends to blow the picture out of proportion, the unfortunate fact is that much of it is based on truth. Non-Jews are dumbfounded when they read that leading rabbis make the most shocking comments about them, thereby demonstrating gross arrogance and discrimination. Even worse, many of them read about rabbinical decisions that seem to lack all moral integrity.

Twenty one years ago, Yigal Amir assassinated Prime Minister Yitzchak Rabin in the name of Halacha (Jewish law), claiming that the prime minister was a rodef (someone who is attempting or planning to murder)because he brought all of Israel’s citizens into mortal danger by having participated in the 1993 Oslo accords. Amir therefore believed that the prime minister deserved the death penalty according to Jewish law. In 1994, Baruch Goldstein killed 29 Arabs in a mosque because he believed that Judaism obligated him to create havoc in order to stop Arab terror attacks, which had already killed thousands of Jews. Several years ago, the book Torat HaMelech was published. The authors, learned rabbis, argued that it was permissible to kill non-Jews, even without proper trial, if they became a serious potential threat to Jewish lives. Minorities such as the LGBT community are being insulted by powerful rabbis who seem to be ignorant of the multifarious circumstances of fellow human beings. Less than two weeks ago, a most important and brilliant ruling issued by the Tzfat Rabbinical Court in 2014, concerning a get in which a woman was freed of her agunah status, was suddenly challenged by the Supreme Rabbinical Court of Israel. The latter completely ignores the fact that such a move is not only halachically intolerable (See Rabeinu Tam….) but undermines the very institution of Jewish divorce itself. And so on.


How can it be that such things are carried out, or even expressed, in the name of Judaism and Jewish law? Anyone who has the slightest knowledge of Judaism is fully aware that nothing within genuine Jewish law would condone, or even suggest, such outlandish ideas and immoral acts.

Why does this happen?

Throughout the years, several rabbinical authorities have made the major and dangerous mistake of reducing Judaism to a matter of law alone, a kind of Pan-Halacha. They sincerely believe that Judaism consists only of rigid rules. In this way, they are paradoxically similar to Spinoza, who was also of this opinion and therefore rejected his faith. He referred to it as obsessive, a type of behaviorism, and an extreme form of legalism. (See, for example, Tractatus Theologico-Politicus III, IV, and XIII.) That Spinoza made this claim is one thing, but the fact that these learned rabbis agreed with him is an unforgivable blunder. Nothing is further from the truth than labeling Judaism a legal religious system without spirit, poetry, and musical vibrations. This is proven by the almost infinite amount of religious Jewish literature that deals with non-halachic matters.

The main reason for this terrible mistake is that these rabbis have failed to study the basic moral values of Judaism as they appear in the book of Bereishit (Genesis). It is well known that, with a few exceptions, this book does not contain laws; it is mainly narrative. To appreciate this, one needs to consider the following.

In this first biblical book, we encounter Avraham, Yitzchak, and Yaakov as the foremost players. They are considered the first Jews in history. But this makes little sense. How could they have been Jews if the Torah was given only hundreds of years later to Moshe at Mount Sinai? Although a Jew is a Jew even if they do not observe the laws of the Torah, it is still the Torah that defines them as such. How, then, could the Patriarchs be full-fledged Jews when the Torah was denied to them? Would it not have been logical to have given the Torah to Avraham, Yitzchak, Yaakov, and their wives long before Moshe? Only upon receiving the Torah could they have been real Jews! So why was it withheld from them? (Even though some midrashim claim that they did observe several commandments, it is clear that this was done voluntarily.)

The answer is crucial. No law, including divine, can function if it is not preceded by a narrative of the human moral condition and an introduction of basic ethical and religious values. These values cannot be given; they must develop within, through life experiences. No academic instruction, not even when given by God, would be of any benefit. Such ethics need to develop gradually, on an existential level, and predicated on innate values that God grants to each person at the moment he or she is born; a kind of categorical imperative in the human soul.

More than that, laws become impersonal and therefore dangerous because they cannot deal with emotions and the enormous moral paradoxes encountered by human beings. As a result, they run the risk of becoming inhuman and even cruel.

It is for that reason that God did not give the laws of the Torah to the Patriarchs. First there was a need to learn through personal trials and tribulations. The Patriarchs and Matriarchs had to see with their own eyes what happens when people are not governed by law. But most important, they had to become aware of basic moral values, such as the fact that all human beings are created in the image of God, that all are equal, that human life is holy, and that there is only one God Who is at the root of all morality. Only after people have been deeply affected by these ideas and values can law be introduced as a way to put it all into action.

It was only after the existential, moral turmoil in which Avraham, Yitzchak, and Yaakov frequently found themselves, as well as their often problematic encounters with God, that a virtuous and religious awareness was born. This consciousness continued to work its way, with all its ups and downs, through the bondage in Egypt, the Exodus, and the splitting of the Reed Sea. Not until that point was there a chance that the law could be received and be beneficial when given at Sinai. And even then it was not very successful, as recorded in the many disturbing biblical stories about the Israelites failing to live up to the law in Moshe’s days and long afterwards.

But it is not just the fact that narrative, ethical values, and encounter with the Divine are necessary to have before the law can be given. There is another important message: no law, including divine, can function without constantly and continually taking guidance from these former values. There is almost nothing worse than divine law operating on its own, without primary, innate moral values. It runs the risk of turning wild and causing great harm. It needs to be constrained.

This is the purpose of Sefer Bereishit. (See Netziv’s introduction to Bereishit in his Ha’amekDavar.) It is a biting critique of the halachic system when the latter is applied without acknowledging that these prior moral values are needed in order to function. The book of Bereishit, then, keeps Halacha under control. It restricts and regulates it, and ensures that it will not wreak havoc.

Truly great poskim (halachic arbiters) cannot lay down their decisions on the basis of Jewish law alone. The Shulchan Aruch (Codex of Jewish Law) by Rabbi Yoseph Karo, and the Mishneh Torah of Rambam can become dangerous if applied in a vacuum. What these poskim must realize is that they need to incorporate the great, religious moral values for which Sefer Bereishit stands. 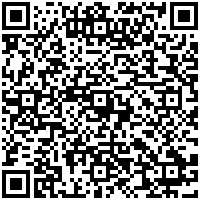