A few years ago, parents came into my office agonizing over their son Chaim’s behavior at home and in school. His mother started by saying, “He’s just so unmotivated. I can’t even get him to get out of bed in time for school. Then, when he’s out of bed, I can’t get him to do negel vasar or brush his teeth. If by some miracle, he does do these simple tasks, then he won’t change his clothing. He’s always two hours late to school.”

Then, Chaim’s father joined in, “And now, the reason why we are here is because he is so unmotivated in school too. He won’t do his homework or learn the mishnayos the Rebbe asks him to memorize. Here we are, with a smart and competent ten-year-old, and we are still doing his homework for him!”


Later, during that session, when I met with Chaim, he was personable and articulate. I understood his parents’ frustration at his “lack of motivation” in living up to his great potential.

But, the truth is, Chaim was not unmotivated – even if he was fighting his parents and Rebbe on their every move. Instead, this very act of resistance is a motivation. He is motivated to resist. Why? Children often feel the need to gain control of their lives and at times, resisting is simply a way of asserting their independence and authority.

An Attempt to Gain Control

There are several ways to go about dealing with children who are resisting your efforts to motivate them:

In reality, when a child resists, he is fighting the parent, not the action of getting dressed or doing his homework. Therefore, if you omit yourself from the picture, you are allowing him to accept accountability for his actions. Eventually, after a few failures, he will recognize that motivation comes from within and pick up the slack himself.

Be careful, though, because not all seemingly unmotivated children are attempting to control their surroundings. Alternatively, there are some children who appear to be unmotivated but in reality are suffering from an undiagnosed learning disability.

Many times children with learning disabilities struggle and receive little positive feedback from their teachers and parents. Sometimes they are misunderstood and labeled as “lazy,” “slow,” or “unmotivated.” Rather than feeling good about what they are able to accomplish, children with learning disabilities often end up feeling shame and frustration.

Research at the University of Iowa and UCLA indicates that as much as 70% of children with LD suffer from poor self-esteem. Dr. Marshall Raskind, an expert in the field of learning disabilities, says, “Over time, children with LD may just stop trying, entering a state of ‘learned helplessness’ where they see little connection between their efforts and ultimate outcomes. ‘Why bother?’ they may ask, ‘No matter how hard I try, I always end up failing.'”

Before I address how to combat these negative feelings, it is important to understand just what self-esteem is. People with self-esteem have a strong sense of their own worth, which leads them to stand up for themselves when others attempt to put them down. Those with strong self-esteem also tend to express their feelings freely, enabling them to establish long lasting friendships.

Therefore, when you ask if there is a connection between your son’s learning disability and his social skills, the answer is probably “yes.” Other people’s reactions to your son’s learning disability might have caused him to feel badly about his self-worth. This in turn could make him hesitant to stand up for himself (a target for bullies) and also cautious when it comes to opening up to other people (an inability to maintain long-term friendships).

What can you do to help your son gain self-esteem and also make friends? The first thing you can do is to make him understand that his learning disability does not make him stupid or slow. Tell him about Albert Einstein’s struggles in grade school and Beethoven’s difficulties with hearing loss. They turned their weaknesses into strengths.

Then, you can look for his strengths. Is he really creative? Athletic? Generous? Whatever his strength is, make the most of it. Sign him up for an after school activity that he will excel in. This will not only help him gain confidence, it will also introduce him to children his own age who share his passion. This way, you’ll be killing two birds with one stone – he will gain self-esteem, which will lead to motivation.

Perhaps the most important idea that I can leave parents with is that no child is truly unmotivated. It’s simply a matter of decoding the child’s behavior and figuring out the best way to help your child see his true potential. 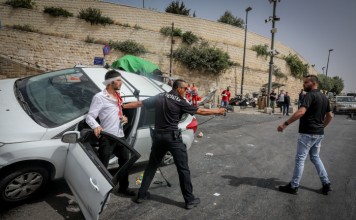 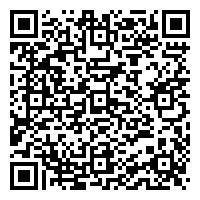