Have you ever experienced a scenario similar to the following?

“My son, Ari (fictitious name) had been making an effort to study so he could get good grades. We arranged for twice a week tutoring in the evening, and that was after a long day at school. He wants to succeed. All children want to succeed. He’d like to see comments such as “great job” at the top of his homework. He’d also prefer having test sheets with fewer red X’s and “F’s” at the top of his papers (circled for emphasis in the event the “F” goes unnoticed).

“Despite the tutoring, review work and efforts Ari had put in, his teacher’s evaluations seemed to contain comments such as: ‘He’s just lazy; if only he would try harder.’ I observed him daily. He was so down on himself and very frustrated.

“Eventually the tutoring stopped and so did Ari’s studying. Why would he want to study if his grades were so low? The kids made fun of him, and his teachers kept reminding him that he had a lazy streak. I tried so hard, praising him for his efforts; however his father echoed the same sentiments as the educators. Ari’s behavior issues began escalating and we were told to seek a new school for the next year.

“Months into the new school year, Ari missed a lot of school. Getting him out of bed and out of the house was a daily ordeal. His father made sure to ‘remind’ him that he was being lazy. And Ari, well, he was simply matching the image that had been created for him.”

How many of us have heard or uttered some of the following comments:

“He’s lazy; that’s why he’s not doing anything.”

“She’s not helping me because she’s lazy.”

“S/he could do better academically but s/he’s lazy.”

Oh, and let us not forget those descriptive expressions which, when spoken, provide us with a pre-conceived and pre-judged image and/or perception of others (or even ourselves) as in the following examples:

“He’s not working because he’s a lazy bum.”

“She’s a lazy good-for-nothing, that’s why she ____ (fill in the blank with a judgment of your choice).”

I’m curious. As you read these terms, what specific image/s do you conjure up in your mind? And even if in your mind’s eye you are not associating these comments with anyone specific, when you think of these statements, what thoughts come up for you?

Isn’t it interesting that the word, lazy, seems to be used exclusively in conjunction with negativity? And I wonder when we hear such comments as those mentioned above, or when we communicate using such language, how many of us reflect on the connotation of the word? Do we ever question those descriptive labels or do we simply take the word at face value based on a worldview perception? Well that is exactly what we will be exploring in this article: What is laziness? What lurks behind the term? And how can we avoid being judgmental of people who we perceive as lazy?

Webster’s dictionary defines lazy as resistant/not disposed to work or exertion, idleness, sluggish, slow-moving, indolence and slothful. Keep in mind that laziness is a state of being and these definitions are mere synonyms for that state. So now that we know how the dictionary explains the word, I thought it would be interesting to hear what people have to say on the matter. How does the populace perceive laziness? And for that, I requested the assistance of a few people in my community.

Five individuals were kind enough to help me explore the topic by responding to the following question: “How do you define lazy and what does laziness mean to you?” Oh, and to you, my dear readers please feel free to answer this question, too, and notice how your ideas differ from the five responses that are presented below. Remember, there is no right or wrong answer. Each person has opinions and thoughts based on his/her map of the world. (On an interesting note, all of the respondents indicated that their descriptions were influenced by vivid images of individuals with whom they were acquainted.)

So How do you define lazy and what does laziness mean to you?

“Lazy is lacking motivation and good spirit, acting lethargic and getting distracted. I think people who are lazy aren’t happy. They don’t understand and embrace their sense of responsibility to themselves, their work or toward theirs role in life (i.e., family, school).” – “M”

“If you put off tomorrow what you can do today, as opposed to being diligent and getting things done, that’s called lazy. If someone can do something for me instead of me doing it – that makes me lazy.” – “E”

“Laziness is staying in bed late; not putting in a full day and making the most of your time; someone capable but not putting in the fullest of his/her potential. As far as I’m concerned, I’m usually diligent. And when I sleep till 8:30 on Shabbos morning, I refer to that (i.e., myself) as lazy.” – “N”

“Lazy is someone who is in low gear, mixed up and lacks energy. In fact, a person who is unmotivated can be perceived as lazy because he has reduced activity, is sedentary and lacks physical energy. Actually, I don’t like the word; it’s too negative.” – “S”

“I act lazy when I just don’t want to do something at all. This is not procrastination. I know it’s due to an insecurity which is higher than the drive in me to move forward (and my drive is very high). After working on this issue for several years, currently, when something threatens my sense of insecurity, I will deliberately undertake the task.” – “S”

Shifting gears, Psychology Today (March 2009) carried a brief, yet informative article. Titled The Myth of Laziness, Jenna Baddeley, in my humble opinion, spelled it out clearly and provided us with much food for thought. Here are some of her ideas on the subject of laziness:

“If laziness does exist, what are the criteria that define it? If a person with a high-powered, high-paying job comes home each day and lies on the couch for an hour or two to watch TV, is that person lazy? Or is he simply caring for himself by taking a well-deserved break? What about someone who lies on the couch all day? Is there anyone who does this out of laziness, or would we instead be concerned that such a person is clinically depressed?

“Too often, casual observers mistakenly attribute laziness to people who have mental illnesses like depression or anxiety disorders that impair their ability to work and be active. A person with compulsive hoarding, for example, is not ‘lazy’ about cleaning or organizing their home. For a person with compulsive hoarding, throwing away a paper cup may be dreadfully difficult and stressful. For such a person, throwing away five cups may require immense courage and hard work – it would certainly not be a task for the truly lazy.

“We attribute laziness to people when they have failed to do specific tasks that we value. We typically do not label people lazy when we have stopped to consider the fuller range of their activity and motivations.”

The next time you have the urge to refer to someone as “lazy,” especially if it is a struggling child, step back and consider that there is more to the subject than meets the eye.

Debbie Brown is a certified life coach specializing in parent coaching, and is an NLP Master Practitioner. She is available for private, confidential phone coaching sessions as well as lectures and group workshops. For further information or to express feelings regarding the Parental Perspective topic, Debbie may be contacted at lovetoughcoach@aol.com.

IDF Chief of Staff Eizenkot to Return to Work 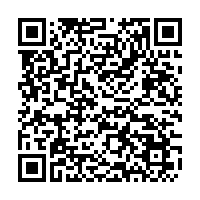