Editor’s note: Sunday, August 3, marked 80 years since the great Revisionist Zionist leader Ze’ev Jabotinsky (1880-1940) passed away. He was a hero to people like Menachem Begin and Rabbi Meir Kahane and remains an inspiration to principled nationalist Zionist leaders to the present day.

No greater tribute can be paid to a man than perpetuating his teachings. In that spirit, we present below excerpts of his speeches and articles.

Do not tell me it is all the same whether verbally, or on paper, we give up Hebron, Nablus and Transjordan because this waiver is but a trivial hollow word and everybody will see it this way. Do not underestimate the power of waiver. How did this miracle happen 20 years ago, that the nations of the world acknowledged our right to the Land of Israel? At that time they had no idea that we have something concrete here. They knew only one thing: that for 2,000 years we did not waive our rights, and that was decisive.

The future historian will be unable to comprehend the psychology of the Congress in Zurich…. [A] ship…is being tossed around in a storm and the only hope for the passengers are 25 life-boats. If they use those 25 life boats, possibly they may be saved and reach dry land. But the passengers get up and announce that they are willing to give up 24 of those life-boats on the condition that the 25th boat will be painted in blue and white with the inscription on its side: “The Jewish State.” This type of psychology defies comprehension!

In the entire history of civilization there can be found no example where a people living in a country will agree to colonization by foreigners. Often, the local inhabitants even oppose simple immigration. But the difference between the concepts “immigration” and “colonization” is understood by all. Against colonization by an outside race, the local population always fights, everywhere and without exception.

There is no difference between “tactful” settlers and “tactless” settlers. Joshua was “tactless” and all the kings of Canaan rose up to fight him. The Quakers who sailed to America in the sixteenth century, full of tact, love and consideration towards all human beings, were attacked by all the Indian tribes of the plains stretching between the Atlantic and Pacific Oceans, who never asked themselves: perhaps there is enough room in the country for both races? Perhaps the new settlers will enrich the country and all its inhabitants?…

There is no difference in attitude towards the colonizer whether the local inhabitants are of a high cultural level or primitive. The Aztecs of Mexico, an enlightened race, and the Kaffirs of Africa, a primitive people – all fought the foreign settler.

On Jews as Colonizers

Now the next question is the reason of the quarrel between the Arab and the Jew. Sir, it is the fate of all colonization. The history of the world is a history of colonizations. Every civilized country, except perhaps Germany, is the result of some colonization in the past.

There has never been in the whole history of the world, which is a history of colonization, one example where the population on the spot “agreed” to their country being colonized. You Anglo-Saxons colonized half the world, but you never colonized with the consent of the people in countries of which you colonized; and the Anglo-Saxons themselves, with their Norman admixture, are the result of several colonizations, each time against the will of the population on the spot.

So how can we Jews colonize Eretz-Israel or Uganda or any other country without a consent of wills with the population on the spot? That is how all colonizations have been done – and, should that be a crime, then it follows that America is a crime, this country [England] is a crime, all Europe a crime, and our Bible history is the story of a crime, because it is the story of the colonization of a country against the will of the population that lived there.

Therefore the question is: Is the Jewish colonization necessary or not? Is it just or not? If it is necessary and just, than any local inhabitant who wants to obstruct something necessary and just must be at least prevented from using violence. That is the whole situation.

(speech before members of British Parliament, 1937)

Peace With the Arabs

All this does not mean that an understanding with the Palestinian Arabs is unthinkable. But a voluntary agreement is impossible. As long as the Arabs have even the slightest hope of getting rid of us, they will not sell these hopes…for sweet words of a good living because they are not rabble but a lively people.

On the “Benefits” of Restraint

The whole time, from the earliest beginnings of the Arab terror, the “official” Jews speculated on the calculation that the Arabs would compromise themselves terribly with their terror, that nobody would talk to them, that nobody would take any notice of their demands; and we Jews, on the other hand, would show what a good society we were, and we would therefore be recognized as the stable element in the country, and so on.

Need I still describe and illustrate what has been the result in the end of this pretty diplomacy at the expense of Jewish blood, how the Mufti nominates whom he wants as delegates and rejects whomever he does not want, how they “talk” to the Arabs at the same time as both Jews and Englishman are being murdered daily in Palestine – and what great “profits” the Jews have drawn from their “stable” attitude?

The inexorable summing-up stares us in the face: Whoever is not afraid of biting with all his 32 teeth is accepted as a partner; and whoever permits himself to be murdered and does not know how to revenge himself is given praise by Mr. Chamberlain – and loses his rights to immigration; for nobody wants a “hands-upper” as a partner.

On Morality During War

When it is a question of war, you do not stand and ask questions as to what is “better,” whether to shoot or not to shoot.

The only question it is permissible to ask in such circumstances is, on the contrary: What is “worse” – to let yourself be killed or to undertake resistance with all its horrible consequences? For there is no “better” at all. Everything connected with war is bad, and cannot be “good.”

When you shoot at enemy soldiers, do not lie to yourself and persuade yourself that you are shooting at “guilty” ones. I remember them well, the “guilty” ones on the Palestine front in 1918. Turkish peasants, ordinary, decent boys, whose every father could be proud – not one of whom had any grudge either against Britain or against our Legion, not one of whom wanted war, all of whom wanted only one thing: home… every time one of them was shot it was as big a crime against God and Man as when one of our boys was shot; perhaps worse, for in our Legion there were at least volunteers.

If you start calculating what is “better,” the calculations is very simple: If you want to be good, let yourself be killed – and renounce everything you would like to defend: home, country, freedom, hope.

The Latin proverb says, of two evils choose the lesser. When we are in a position where – through no fault of ours – physical force dominates, only one question can be asked: What is worse? To continue with havlaga, continue watching Jews being killed and how the conviction grows among the Arabs that our lives are cheap, and among the British and the whole world that we are spineless hands-uppers not worthy of being considered as allies at a time of danger?

On the Influence of Language

I said that the Jewish generation of our day also revolted against all that was held sacred by our fathers. Many of my generation grew up in an assimilated society. They were taught by their parents to think of themselves as Russians; and their teachers taught them to prefer “our Pushkin,” “our literature,” and “our language’ – the Russian.

Afterwards, when they matured, the crisis came and then they understood the truth. With great difficulty and a merciless inner struggle, they were able to uproot that foreign element and reject all that was held sacred by their parents and teachers. There are even some today who hate the foreign culture that they had so admired during childhood.

They hate it because it distorted their soul; and in this way cast aside their moral attachment to the foreign nation. Their former love turned to indifference or enmity.

But take a good look. My generation, which was educated in the Russian language and became Jewish nationalists, is bound by iron shackles. They are subjected by chains to the foreign culture. All their thinking is fed by Russian currents and they must draw, even now, from its depths. For their reading pleasure their hand will reach out, even against their will, to the book-shelf for the foreign language literature and come under the influence if its currents, trends and tendencies.

Emotion will be uprooted, views will change, love may turn to hatred, convictions and ethics may pass on – but the language absorbed from my teachers is irrevocable; it is in their veins.

In this regard, one cannot escape an addiction for which there is no remedy – we must bind our children to the Jewish people, teach and “intoxicate” their souls. In national education, language is paramount and the content, its outer shell. By this, I do not in any way deny the value of the content – of Hebrew spirit and Hebrew science. On the contrary, they are more essential. Without them, of course, the national education would be a faulty one.

But the connection, that unbreakable connection which withstands all trials and passage of time, the link between the individual and the nation, is the language in which he has been used to think and feel his emotions. 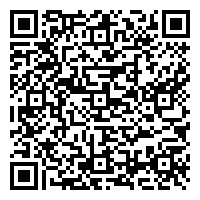