This month marks the 78th anniversary of the rescue of over 7,200 Danish Jews, including former Danish ambassador to the Netherlands Ole Philipson, who were transported out of Denmark on boats like the Hanne Frank, now on display at the Holocaust Museum Houston.

Denmark was the only country occupied by Germany that did not acquiesce to Nazi orders to round up Jews. Danish Jews were thought of as fellow friends and countrymen; anti-Semitism didn’t infect Denmark’s shores like it did other European countries. Ole Philipson described his home country to The Jewish Press as being “99 percent Christian.”


“I went to school and I was the only Jew in the class,” he said. “Everybody knew it, nobody ever mentioned it. Nobody. They couldn’t care less. Religion is like a private atmosphere. It’s not a public affair.”

In 1940, Hitler invaded Denmark, but Denmark had an agreement with the Germans that they could still be in control of their own domestic affairs, which was in large part due to Germany being dependent upon agricultural production of food from Denmark.

Philipson recalled, “On the 9th of April, 1940, the Germans invaded Denmark, and I was nine years old. I remember seeing all of the planes over Denmark and the German soldiers in the streets… The Jewish community was, in a way, very scared about what would happen, but nothing happened. The German occupation stayed away from the Jewish people in Denmark. My father, I remember, said ‘They can’t do anything to us. We are Jews, of course, but we are Danes, and we have been here so long, so nothing will happen,’ and this was the general feeling… All this changed around the end of September, 1943.”

On September 28, 1943, German diplomat Georg Ferdinand Duckwitz leaked information he received from a Nazi party leader to the Danish resistance that Hitler was planning to round up Jews and send them to concentration camps. A nationwide rescue effort, which included the Danish resistance, the police and the government, was immediately put into action. In just three weeks, Danish citizens rescued more than 7,200 Danish Jews and 680 non-Jews by hiding them in homes, hospitals and churches until they could be transported to neutral Sweden via fishing boats.

Philipson explained, “We got a few things together, got on our bicycles, and for about six days we went from one place, from one hideout to another – we went to the houses of our friends. They were all Christians, and they risked their lives… they found it disgusting that the Germans – they hated them already – and that they now would go after the families because of their religion.”

Christian X, the king of Denmark from 1912 to 1947, was part of the resistance himself. New historical information has surfaced that suggests he may have even personally helped to fund the transport of Jews to safety. Philipson said, “The king was very friendly with the Jewish community. His doctors were Jewish and he had many (Jewish) friends.”

On Philipson’s 12th birthday, October 6, 1943, he boarded a fishing boat after waiting anxiously in the dark for what felt like an eternity. The part of the boat where fishermen kept their nets and the fish they caught had been cleaned out to make room for people to lie down and hide. He described his experience:

“My mother and my father and my brother and myself, we got into the fishing boat and were put under the deck. There were like 18 or 20 people inside… It’s funny, I remember I was lying next to a school teacher who had been in the Resistance and who was wanted by the Gestapo. When the boat started, he could see that we were all very nervous, and he started telling me some stories, like children’s stories. I’ll never forget him.

“We sailed, and the sea was relatively bad, so it was up and down. It’s usually a trip like 45 minutes, and it took us two hours because the fisherman was zigzagging – there were some German boats – they were trying to catch people, and they used projectors with lights. We didn’t see it because we weren’t on the deck, but after like two hours, the fisherman came, and the first words he said were, ‘You can come up now. We are in Sweden.’”

Philipson’s parents cried tears of joy upon arriving in Sweden, where they lived peacefully with other Danish friends and family members for almost two years. “The Germans had never dared to invade Sweden, probably because Sweden is a very big country and it was very well armed. So we got into a neutral country where we could live a totally normal life until the war was won.” In June 1945, a month after the Germans capitulated, Philipson and his family went back to Denmark.

“We returned to our old house, and to our friends and to the school. We were very lucky.”

The Hanne Frank boat, a fishing boat that bears a strong likeness to the one that rescued Philipson and his family, is part of a permanent exhibit, Bearing Witness: A Community Remembers, in the Rescue & Resistance section at the Holocaust Museum Houston. Philipson shared his story at the museum in 2015. Opposing light with dark, and hope with something ominous and foreboding, the boat is displayed next to a rail car of the type used to transport Jews to concentration camps.

Carol Manley, chief curator of Collections and Exhibitions at HMH, explained, “We have the boat and the rail car juxtaposed, and that was done for educational purposes… It shows, here’s the vehicle that brought people to their death, and here’s the vehicle that saved lives.” The Hanne Frank boat was donated to the museum in 2007 by Jan Ferdinandsen, president of the ship brokerage firm N.B. Ferdinandsen & Sønner, to honor his father and father-in-law for heroically helping to rescue Danish Jews. Ninety-five percent of Danish Jews were saved from the Holocaust because of the extraordinary courage and compassion of the Danes. 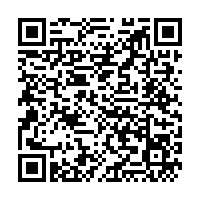