This past Shabbat I had the great privilege of spending the weekend in the holy city of Chevron, which is the resting place of our holy forefathers and mothers.

Also, this past Shabbat we read the Torah portion about the meraglim , who went to spy out the country and see what the land had to offer the Jewish people who were waiting so anxiously to enter the land after their long exile. The meraglim unfortunately reported only the hard facts they saw in the land and couldn’t see past them. However Caleb ben Yefune and Jehoshua Bin Nun were righteous enough to see only the good. Caleb and Jehoshua went to Chevron to pray at the tomb of the patriarchs, in order to be saved from the negative way of thinking of the rest of the meraglim.


I found it so appropriate that I had the merit of visiting Chevron especially on that particular Shabbat.

I feel that throughout our lives, we all get caught up in negative thoughts, just as the meraglim did. The spies that were sent to seek out the land were not bad people. It’s written that they were the heads of their tribes; leaders, great people. And yet the Torah tells us how even such great people must beware of negative thoughts since they can destroy a person’s life.

The things that the meraglim saw were true, however, Hashem is always trying to see the good and to concentrate on what is positive.

The city of Chevron was built on that positive power which was instilled in our holy forefathers and mothers, and which was passed on to their children in every generation since.

The city of Chevron had a constant Jewish population since the time that Avraham Avinu purchased the land from Ephron the Hittite, thousands of years earlier. In August of 1929 there was a terrible massacre killing 67 Jews and chasing out the remaining Jews from the city.

However, the positive energy that was passed down to us from Avraham Avinu overcame the negative energy, that our enemies are constantly trying to wash over us. And after the 6-Day War, the Jewish people started to return once again to Chevron.

Among the great heroes who were the first to return to Chevron, were a small group of women and children. At that the time Menachem Begin was the prime minister. These positive, strong women and children, climbed into one of the buildings in Chevron, and stayed there under terrible conditions for about 10 months. When 6 more Jews were murdered the government allowed the settlement to thrive again as any other settlement, and not only as an army base. These women sacrificed all they had just to make sure that this holy city with its positive energy would never cease to exist.

There is so much power in the world both positive and negative. They both exist. As a Jewish nation, we received the great ability to see the good no matter what happens. However we must choose to use that gift at all times. Especially when things seem so dark and hopeless.

Visiting Chevron this past Shabbat gave me such hope and strength. We all have our issues that we have to deal with, which at times seem heavier than we can handle. After this past weekend I feel that a new energy has come over me. Giving me the power to get up even when I feel I have no energy left.

It’s hard to imagine our holy ancestors who are buried in Chevron, or to imagine Caleb and Jehoshua coming to pray to be saved from the negative energy of the meraglim. However, I can imagine those women and children, not so long ago, sacrificing all they had including not being with their husbands that entire time, just to revive the Jewish community once more in Chevron.

That energy is strongly felt as one walks the streets of the city. May that wonderful strength and light keep shining on us all, and may we merit seeing the resurrections of all our holy ancestors very soon. Amen. 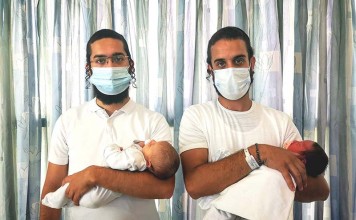 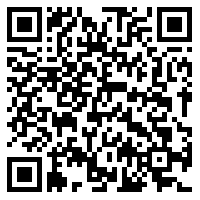