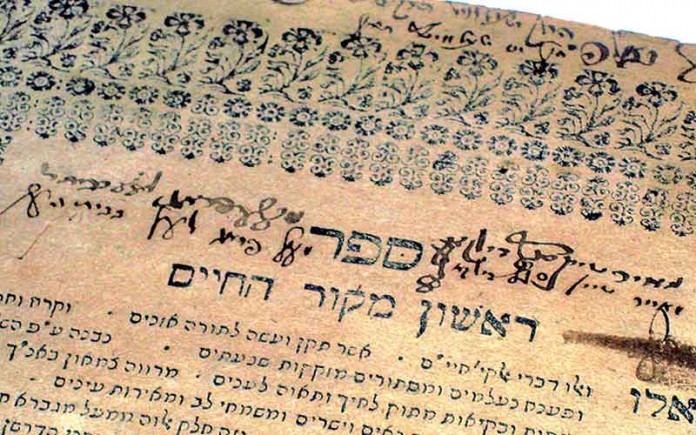 A nice find I had this week was in discovering the provenance of a 17th century book I acquired. The book, printed in Fuerth, Germany in 1697 is titled Rishon Mekor Hayyim and contains chiddushim by R. Hayyim Krochmal (1626-66). This copy includes several inscriptions and signatures noting that this copy was in the possession of the famed 17th century Court Jew, Samson Solomon Baiersdorf. One inscription states, “This volume is owned by the aluf (champion), officer and shtadlan, the famed Rabbi Samson. Another inscription writes, “In this sefer I studied in the home of the aluf, the officer, parnas and shtadlan, our rebbe, R. Samson Baiersdorf, may G-d protect him.” The final leaf contains a signature, signed Samson, presumably that of R. Samson.

While the term shtadlan has fallen out of use, the shtadlan was a key figure in Jewish history, particularly in Western Europe where Jewish life was precarious at best, and the fear of abuse by the authorities or expulsion was always in the air. The shtadlan served as an intercessor for the local European Jewish community in matters that related to the local government. By the 17th century, the shtadlan was often appointed by the government, and was tasked with dealing with all matters relating to the community.

Samson S. Baiersdorf was the court Jew of the margrave (hereditary military commander) of Brandenburg-Bayreuth, Germany. Serving from 1670, he was influential in 1695 in having a decree enacted allowing the Jews of the region free trade. His daughter married Moshe, the son of Glueckel of Hameln, who went on to serve as the rabbi of Baeirsdorf beginning in 1700. Samson’s sons, Veit and Solomon, followed in his footsteps in the position and were both prominent shtadlanim as well. 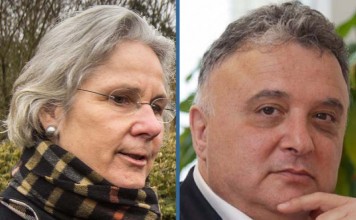