This article is the first in a series about unique synagogues. I chose to begin with the Baron Hirsch Congregation because it is the shul of my youth and the largest Orthodox synagogue in North America. Additionally, the shul’s history is a microcosm reflecting the history of our people and our country socially, politically, and religiously. It is a story of not just our surviving, but also of our flourishing.

The impetus for this article came when my mother moved into an assisted living facility and my sister and I were left with the chore of clearing out a life-long accumulation of her belongings and keepsakes. I discovered a copy of a book written for the dedication of the “new” Baron Hirsch Congregation, written by Sam Shankman in November of 1957, and entitled “Baron Hirsch Congregation from Ur to Memphis.”

I was born in Memphis, as was my mother; my father’s family moved from Philadelphia to Memphis when he was a young boy. My father had an aunt who married a gentleman in Memphis and her parents and siblings followed. Baron Hirsch was our family shul.

The book reviews the history of the Jews starting with Avraham Avinu who was from Ur Kasdim, a significant Sumerian city on the Euphrates River in ancient Mesopotamia – a city along similar latitudes as Memphis which boasts of its shores on the mighty Mississippi River.

From the late 1400s, Jews escaping the Inquisition made their way West, as did Jews coming from Germany and Russia in the 1800s. It is recorded that in 1847, Joseph J. Andrews, who was in the cotton business, donated several acres of land to the Israelites of Memphis for a cemetery so that his brother could be buried. Although there were other Jews at the time, Andrews, who was married to the daughter of Haym Solomon, was the father of a son with the first recorded birth as a Jewish Memphian. It is estimated that the Jewish population in the United States at that time was about 15,000.

While the Jews of Spain had been primarily from aristocratic families who had been leaders in government and commerce, the Jews arriving during the 1800s were primarily tailors, shoemakers, and butchers. The B’nai Brith Lodges in Memphis kept records detailing each family’s occupation, number of children, and the amount of insurance. In 1850, they organized a Hebrew Benevolent Society to assist the poor. In 1853, Judah Touro of New Orleans sent $2,000 for the purchase of land in Memphis for the Bnai Israel Congregation. In 1854, the Bnai Israel Congregation purchased The Farmer and Mechanic’s Bank at Main and Exchange streets. In 1858, the Congregation decided to hire a rabbi and turned to Rabbi Isaac Lesser, the foremost American Orthodox rabbi.

He recommended Jacob J. Peres who came to Memphis from Holland with his wife and four children for a salary of $900 a year. Unable to support his growing family on his salary, Rabbi Peres became a businessman and sometimes felt it necessary to work on Shabbos. However, the more serious conflict among the congregants was the rift between the Reform and Orthodox.

In 1860, B’nai Israel began looking for a new religious leader, one who would accommodate the Reform members who had taken control. Rabbi Simon Tuska, a graduate of Breslau Jewish Theological Seminary in Germany, was hired. A strong supporter of the Reform movement, he quickly proceeded to introduce an organ, choir, and family seating. Subsequently, a group of 40 led by Rabbi Jacob J. Peres formed the Beth El Emeth Congregation. It lasted 19 years although it reorganized 38 years later. It is interesting to note that in 1872 Beth El Emeth hired Rabbi Ferdinand Leopold Sarner, the first rabbi to become a chaplain in the US military, seriously wounded at the Battle of Gettysburg.

However, in 1862 a group looking for a stricter Orthodox minyan formed what became the nucleus of the Baron Hirsch Congregation. Records note that the Baron Hirsch members worshipped from 1886-1890 on the second floor of Isaac’s Book Store on North Main near Poplar and that in 1904 there were only 84 members.

Mr. Shankman wrote of Memphis being a city with “natural beauty, a mild climate, a great river, and a good harbor.” He created for the reader an image of the Chickasaw Indians being sent away, attraction to the city by gamblers and sailors, and the fertile land providing abundant cotton fields. Memphis dominated the riverboat cotton trade.

The American Civil War interrupted the city’s growing prosperity. Although some Memphis Jews were slaveholders and slave traders, they mostly favored secession primarily due to their Southern acculturation rather than by the defense of slavery. During the war, Memphis became a major center of illegal activities due to its location. General Ulysses S. Grant attributed many of the problems, including the selling of contraband, to the Jews. In 1862 General Grant issued General Order #11 which called for the expulsion of Jews from Tennessee, Kentucky, and Mississippi, the only anti-Semitic act in American history. This act was subsequently cancelled after a small team of leaders and politicians met with President Lincoln. Memphis was captured and fell to Union soldiers, which is when many Jewish Memphians changed their loyalty.

Another period of tragedy resulted from the City of Memphis neglecting the need for sanitation. The Wolf River provided drinking water and the Gayoso Bayou was used for drainage and sewage. The resulting Yellow Fever outbreaks in 1855, 1867, and 1873 came to a climax in 1878/79. The Memphis population of 40,000 was decimated and the Jewish population dwindled from 2,100 to 300.

The B’nai Brith Congregation buried 78 people in their cemetery in 1878. Due to the lack of written records, it is unknown how many members of the Baron Hirsch Congregation died, but only two families remained: the Franklin brothers.

The years between 1880 and 1890 saw a resurgence of the Jewish population in Memphis. Many who had fled the Yellow Fever epidemics returned. A German Jew named Baron Maurice de Hirsch, a philanthropist who made his fortune as an international banker and railroad builder, spent most of his fortune helping Jews worldwide, including European Jews immigrating to America in the latter quarter of the 19th century. In gratitude, many of the new Memphians honored their benefactor by naming their synagogue after him. In 1892, the State of Tennessee approved a charter for the Baron Hirsch Benevolent Society which remained in place until 1941.

Shankman states in his book, “Baron Hirsch purchased a negro church at the corner of Fourth and Washington for $5,000 and converted it into a synagogue.” The wooden shack served the congregation until 1912 when a resolution was passed to build a new building. The Jewish population at that time was 6,000. This synagogue, constructed on the site of the original facility in downtown Memphis’ “Pinch District,” had its dedication on May 2, 1915. The Pinch district was comprised mostly of poor immigrants and was named for the Irish families fleeing famine whose stomachs were “pinched.” The final cost of the new building was $35,000. The shul sanctuary had a seating capacity of 700. During this time a Sunday School had been started with about 50 children, yet three years later at the time of the dedication, it had grown to 11 teachers and 130 children, Sam Shankman being one of them.

The book details the history of subsequent years including unfortunate schisms in the membership – the all too common machlokes between the rabbi and trustees, the surcharge for High Holiday tickets, Board in-fighting, and financial deficits; however, the congregation’s Sunday School, Talmud Torah, and Ladies Auxiliary saw tremendous growth. The book recounts a period of tranquility beginning with the election of new officers in 1923. The Jewish population in Memphis was 7,000.

Then came the Great Depression. In 1930 forty members had been dropped from the rolls after lengthy periods of non-payment of dues. There was an additional loss of Reform members who no longer could afford dual synagogue membership. Over the next few years, decreasing membership was reflected in two pages of records listing names of those marked as either refusing or unable to pay dues. When the rabbi resigned, there were fifty applicants for the position. It is noted that when Rabbi Taxon was hired in 1931, his wife solicited the help of Mrs. Henry Lewis of the Ladies Auxiliary and Mrs. Moses Blumenfeld of the Ladies Aid Society to raise substantial funds to replenish the shul’s empty treasury. Mrs. Blumenfeld was my paternal great-aunt. I remember my childhood visits to the home of Aunt Frances and Uncle Mo. The family’s wealth was attributed to the success of Blumenfeld Ice and Coal; however, the advent of the electric refrigerator caused the closure of the company.

The 1940s brought a new era for Baron Hirsch. In addition to the completion of a new chapel for $15,000 and the purchase of additional land adjacent to the cemetery, the decorum of the shul was addressed. Instead of members bringing their own siddurim, taleisim, yarmulkes, etc., the shul provided the items and a uniformity along with them. Dignity and beauty of the services were enhanced and contributed to further growth.

It is interesting to note that Rabbi Alfred Fruchter and his family lived in a nearby apartment building where Elvis Presley was born. Elvis was the Shabbos goy. When Elvis made his first recording in 1954, he didn’t have a record player on which to play it, so he borrowed one from his upstairs neighbor, Rabbi Fruchter. (There is no mention of Elvis Presley in the “Baron Hirsch from Ur to Memphis” publication because when it was written for the dedication in 1957, Elvis had not yet reached stardom.)

Rabbi Isadore Goodman was hired after the death of Rabbi Taxon and served for more than 20 years. He was the mesader kiddushin at my parent’s wedding in 1948 at the old Baron Hirsch Congregation in the Pinch in downtown Memphis. He was also the rabbi who officiated at my Bas Mitzvah class celebration in the new Baron Hirsch on Vollintine in 1963.

Memphis Jews felt the pain of their brethren during World War II and hundreds of young men volunteered to serve America in the fight against the German enemy. One of those young men was Jay (Jacob) Blumenfeld who was captured by the Germans, held as a prisoner of war, and was subsequently awarded a Bronze Star for his actions in combat. Baron Hirsch’s buildings and grounds were at the disposal of the US government including converting part of the facility for sleeping quarters for servicemen. Baron Hirsch lost many of their sons and a monument was erected to record their deeds.

The Baron Hirsch Congregation had long outgrown its downtown facility. The outgrowth combined with the movement of many of the families to the eastern suburbs necessitated discussions for the future growth of the synagogue. In 1945 a resolution was passed authorizing the Board to construct a new synagogue not to exceed $500,000. Additionally, directives were given to begin the sale of the facility at Fourth and Washington Streets which had served as the shul’s location since 1892 and its present edifice since 1915.

A new era, along with plans for a new Baron Hirsch Synagogue, had begun.

Editor’s note: We encourage readers to submit suggestions for “A Shul With A Story” by email with a brief description of what makes the synagogue special. 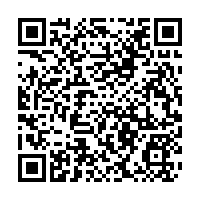