Prime Minister Benjamin Netanyahu of Monday night tweeted: “I decided not to extend the mandate of the TIPH observer force. We will not allow the continued presence of an international force that acts against us.”

The Temporary International Presence in Hebron (TIPH) is a civilian observer mission in Hebron, established in 1994 after the Baruch Goldstein incident in the Cave of the Patriarchs. The force’s official mission is to monitor “the situation in Hebron and records breaches of international humanitarian law, the agreements on Hebron between Israel and the Palestinian authority and human rights, in accordance with internationally recognized standards.”


Over time the TIPH has evolved into mainly “monitoring” Israeli settlers, most often siding with the city’s vast Arab majority. Its personnel come from Italy, Norway, Sweden, Switzerland and Turkey.

A week ago Monday, Netanyahu hinted to reporters that he would not be renewing the force’s mandate, which in recent months has come under fire over allegations that its members systematically and violently target the Jewish ‎community in the city. ‎

In December, Israeli officials said that TIPH had been overstepping its mandate by providing tours of Hebron for foreign diplomats. The tours, they said, presented the visitors with a narrative that was biased against Israel.

IDF officials expressed concern on multiple occasions that TIPH was privy to classified Israeli operations in Hebron and that it occasionally interfered with IDF activity there.

Last July, a member of TIPH fled Israel after having been identified in an investigation into the vandalism of a vehicle belonging to Elad Fass, a resident of Jewish Hebron.

Earlier in July, the legal advisor for TIPH was taped slapping a 10-year-old Jewish boy in the face so hard that his hat was knocked off. The child he hit was the brother of Shalhevet Pass, an infant who was murdered by an Arab sniper in 2001. The official touring without permission the Jewish section of Hebron, which is off-limits to TIPH personnel. He was there with the NGO Breaking the Silence. To disguise his identity, the official wore civilian clothes, a hat and sunglasses. He was arrested after hitting the child, but was released and expelled from the country because of his diplomatic immunity. 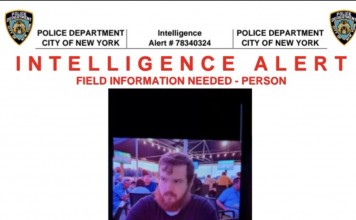