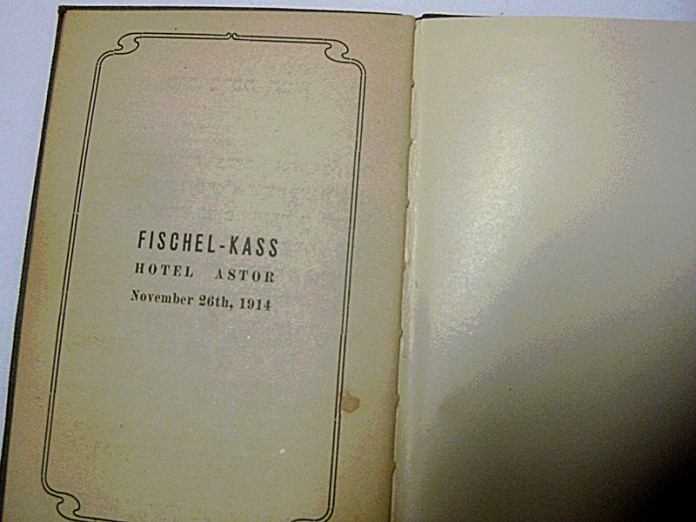 One of the least celebrated chores of sorting out book collections is weeding out the endless bentchers that every Jewish home seems to accumulate – but on occasion it does have its rewards.

One such find I had recently was the Grace After Meals published for one of the most famous weddings of the era. In 1914, when Sadie Fischel, daughter of Harry Fischel, a leading Orthodox Jewish philanthropist known as the Russian Jacob Schiff, married David Kass, her wedding was held at the Hotel Astor, one of New York’s toniest marriage venues. A photograph of the occasion shows hundreds of well-dressed couples, the men in tails, an occasional yarmulke among them, and the women in beaded gowns and feathers, celebrating amid the alabaster nymphs and gargoyles of the Astor’s main ballroom.


In honor of the event, and in keeping with the family’s dietary requirements, the hotel purchased all new equipment. This occasion, Mrs. Kass related years later, “gave the impetus to the present-day Kosher Hotel arrangements for larger public functions.”

The Fischer-Kass nuptials had the further distinction of being one of the first weddings at which a pocket-sized bentcher, or Grace After Meals booklet, bearing the couple’s name and the date of the wedding, was distributed as a commemorative, and potentially useful wedding token. Subtle and tasteful, it contains the entire Hebrew and English text of the prayer as well as the lyrics to Hatikvah, the Jewish National Anthem. (From The Wonders of America by Jenna Joselit.) 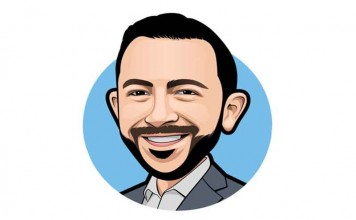