It’s a trend at this point: when Benjamin Netanyahu’s Likud is a little down in the polls (but still above its current 30 seats in the Knesset), the rest of the right-wing bloc parties go up to deliver a stable, reliable, no-Arabs or leftists coalition government. This Friday’s polls were no different.

Maariv published the Panels Politics poll conducted by Menachem Lazar with a representative sample of the adult population in the State of Israel aged 18 and over, Jews and Arabs alike. The survey was conducted on August 3-4, 2022. The maximum sampling error is 4.2%. They didn’t say how many participated, but in the past, Panels Politics has been using an online pool of respondents, out of whom they pick about 700.

This is the second week in a row that Panels Politics gets Ayelet Shaked and Yoaz Hendel over the 3.25% threshold vote with 4 seats. This should mean a surefire win for Netanyahu, but Hendel may not agree to go with his old boss. This is why Likud is going to invest, come the real portion of the campaign, after the Tishrei holidays, in destroying the Zionist Spirit (the party, not the thing).

It’s clear that ZS siphons one seat from Likud and one from RZ. It means there’s a substantial constituency in the national-religious crowd that prefers Shaked over Smotrich and Ben Gvir, especially over the latter. And with Ben Gvir as his partner––as things are turning out––Smotrich will never woo them over.

Netanyahu wins again, except with one more seat and no Shaked/Hendel. Smotrich also benefits from Zionist Spirit’s demise (the party, not the thing) and reaches the maximum vote ever reached by NRP or its successor, HaBayit Hayehudi. The blocs:

Same overall results, but without Shaked/Hendel. But this coalition creates more problems for Netanyahu than it solves. With Smotrich and Ben Gvir at his side, he would be drawn to much more extreme right-wing policies than ever before. And should his partners demand key ministries (Justice or Interior for Smotrich, Internal Security for Ben Gvir), would Bibi be able to live with it? I think not, and present the following as his ideal coalition, provided he can deal with the obvious political consequences:

The advantage of ruling with only four coalition partners is obvious. It also means that his government would be big enough to discourage the Haredim from threatening to leave on account of their enemy Lapid. They, too, can do the math: without them, Bibi still has 64, and they’d be stuck one more term away from the goodies that come with being in government.

Lapid would be compensated amply – he can go back to the Foreign Ministry, where he can practice his English and where he was much happier. Many of his members would have no problem serving in a Netanyahu-led government. And Bibi would have someone to his left in his own government, to pin all his failures in imposing sovereignty in Judea and Samaria – you know the drill.

Channel 14, Israel’s equivalent of Fox News, offered a poll by Shlomo Filber and Tzuriel Sharon from Direct Polls, conducted on August 4 with 1,139 respondents ages 18 and over, with a +-4.2 sampling error. Here we go:

The missing 1 mandate is spread among Zionist Spirit (2.2.%) and smaller lists that also didn’t cut over the threshold.

Netanyahu’s right-wing block is smaller than in the other two polls:

Finally, the Channel 14 survey also asked participants if they planned to fast on 9 B’Av.

43% replied: “Not fasting, but the national memory of the destruction is important to me.”

27% answered: “Fasting and observing all the mourning customs.”

30% said Sunday would be a normal day for them.

Among opposition supporters, 45% will fast, compared to 55% who won’t.

Among coalition supporters, a total of 9% will fast, compared to 91% who will not fast on 9 B’Av. 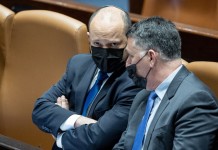 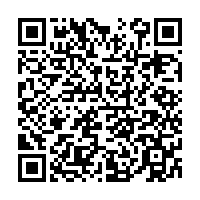