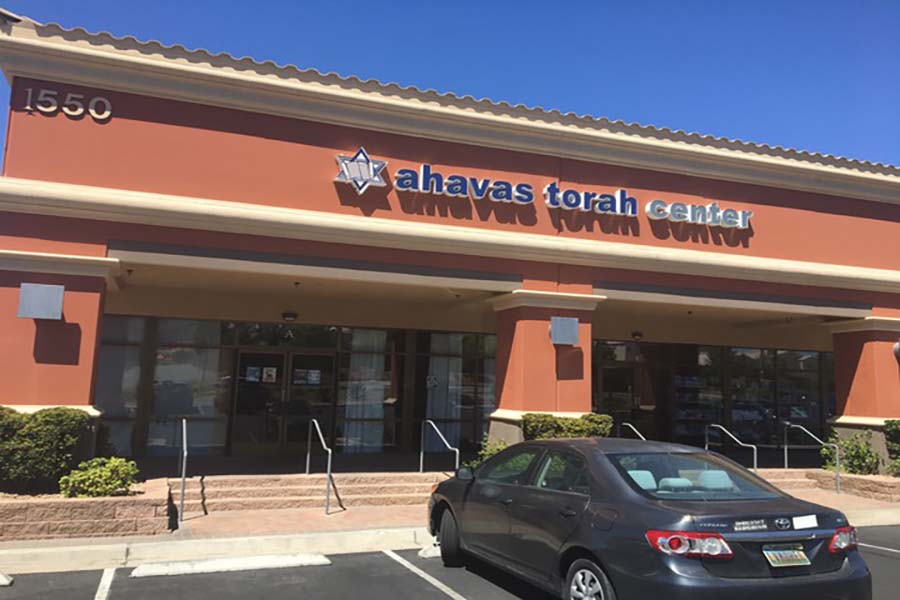 Ever hear of Henderson, Nevada? This town caught my attention when I saw simcha announcements on the West Coast page of The Jewish Press. I’m fairly well traveled, but had not come across Henderson as being a frequently visited stop, or one with a significant center of Jewish life. Yet, in reading the frequency of marriage and birth announcements over a period of time, I became intrigued and decided to find out if the “mazel tovs” were an anomaly. Thankfully, Henderson is a growing town and is indeed increasing in its level of Jewish activity and observance. This phenomenal growth can be attributed to Rabbi Yehoshua Fromowitz, the founder of Ahavas Torah Center. It is fitting that “mazel” be so predominate in a town where a lot of visitors count on luck.

Henderson has an interesting history of boom and bust, which contrasts with Ahavas Torah where there has only been boom since its inception. Henderson’s claim to fame began when the Basic Magnesium Plant became the largest supplier of magnesium in the country. This miracle metal was used during World War II to build munitions casings as well as airplane parts. However, after the war, magnesium was no longer needed and most of the plant’s 14,000 employees left town. In 1947, the War Department offered Henderson for sale as war surplus property. Officials lobbied to stop the sale and in 1953 Henderson was incorporated as a city, encompassing 13 square miles and hosting a population of 7,400 residents.

Currently, it is the second largest city in Nevada and covers an area of 107 square miles and counts a population of near 300,000. Only 16 miles southeast of Las Vegas, Henderson is considered by many to be a suburb.

Jews began settling in Las Vegas in 1850 when gold was discovered in Carson City. As the Jewish peddlers died off or moved out, no one took their place. In fact, the 1931 Las Vegas census counted only twenty Jews. In 1941, those dynamics changed when gambling became legal. A large number of notorious underworld figures were Jewish, including the most well known of the Jewish Mafia, Meyer Lansky and Bugsy Siegel amongst them. They helped transform a sleepy desert town into the country’s “vice and dice” capital.

Today the population of the greater Las Vegas metro area is approximately 2,000,000 including 80,000 Jews. While Las Vegas can brag about being one of the fastest growing Jewish populations in the country, it unfortunately has claims to the greatest number of unaffiliated Jews and, perhaps subsequently, one of the highest intermarriage rates. For a city founded by Mormon missionaries in the 1850s, it is ironic that the Orthodox population is growing rapidly and now includes approximately 1,000 frum Jews.

The connection from Henderson to Las Vegas originated with Rabbi Fromowitz and his chavrusa. They co-founded the Las Vegas Kollel in 2008 with the cooperation of Yeshiva Toras Chaim and Torah Mesorah. Originally from New Haven, CT and Monsey, NY, Rabbi Fromowitz had visited Las Vegas and saw the need for rabbinic leadership, or as he remarks, “there was a rabbi shortage.” Serving as Co-Rosh Kollel and Director of Operations for five years gave him the opportunity to appreciate the outreach accomplishments and the need for greater expansion.

Rabbi Fromowitz founded Ahavas Torah Center in 2011 in a strip mall as part of the Las Vegas Kollel and assumed the role of the congregational rabbi. In 2013, the Ahavas Torah Center became an independent entity and in 2018, moved into a larger facility. They subsequently purchased property for their own independent building. In Las Vegas lingo, they have a full house.

This desert town evidently had Yidden thirsting for Torah and Ahavas Torah Center has provided the nourishment. The congregational make-up is eclectic and encompasses the range from yeshivish to “all walks of life.” With 120 members and regular attendees, the shul offers something for everyone. There are two daily minyanim for Shacharis as well as Mincha/Maariv. On Shabbos, the hashkama minyan has about thirty men, while the regular morning services include nearly fifty men and women.

Rabbi Fromowitz, whose father and five brothers are rabbis (as is his sister’s husband), studied at the Rabbinical Seminary of America for thirteen years. With experience in advanced Talmudic Law, chosson mentoring, and as a certified mohel, he has an all-inclusive background. Aside from being the rabbi of Ahavas Torah Center, he is also the Faculty Rabbi of Touro College, which now has a campus in Henderson. The rebbitzen, Mrs. Frimmie Fromowitz, who has a Master’s degree in Education and School Psychology, is the Director of Programming for the shul. You might say when the Fromowitz family (including their seven children) moved to Henderson, the community hit the jackpot.

Ahavas Torah Center offers classes and opportunities for all level of knowledge and observance. The class topics include in-depth Talmud, Mishna Berura, Gemara, Navi, and Hilchos Shabbos. There is a yeshiva program that is comprised of a group of men who never had the opportunity, or perhaps inclination, to learn in a yeshiva and now undertake intensive study nightly. There is a high school program and a Beit Medrash program for post-high school students both under the auspices of the Mesivta of Las Vegas in Henderson.

A new Sunday School program is starting this year. The bulletin says the focus will be on “Hebrew Language, Jewish holidays, customs and values.” Most importantly there is no shul membership or affiliation required to attend; that’s true outreach. The Sunday School is under the direction of Rabbi Zecharia Rubin whose wife, Karen, assists in outreach endeavors.

An ace in the hole might be the Rosenhan family. Rabbi Motty and Esther Rosenhan moved to Henderson in 2018 to serve as the Israeli outreach rabbi for the thousands of Israelis that live in the Las Vegas valley. When asked why there are so many Israelis moving to the area, it seems that a plethora of sales opportunities and the similar geography gives a back-home feel in spite of being in the midbar. El Al has direct flights from Tel Aviv to Las Vegas.

Rabbi Fromowitz’s prophetic vision of reaching the unaffiliated and bringing them to a Torah life was substantiated from the beginning. It was Rosh Hashanah 2011, the first Yom Tov in shul. Davening that morning went well and there was great expectation for beautiful services to follow. However, come Mincha time, there were only nine men. Rabbi Fromowitz did the 10th man exercise: walking up and down the sidewalk praying for a miraculous Yid to walk by. What actually happened was an Israeli driving a SUV saw the rabbi pacing. He stopped and asked if the rabbi needed him for a minyan. After davening, he told Rabbi Fromowitz about a cousin who was just starting to explore his Jewish roots and who might be interested in the new shul. The cousin and his non-Jewish fiancé did start attending classes and he became completely observant and connected. So did the fiancé. She converted. They two, now married, are both still involved with the Ahavas Torah Center.

While there seems to be an extraordinary number of success stories, the ones that are literally life-saving are those that involve intermarriage. The sign reading “gift shop” is what attracted the prominent physician who was looking to buy a mezuzah. He never expected the purchase of a mezuzah to be a life-changer. The doctor became involved with the shul and subsequently his non-Jewish wife went to Israel with the rebbitzen. Then, his wife and their three children converted. Henderson now has a shomer Shabbos director of a large medical chain. The family is a major force in the community.

As successful as the Ahavas Torah Center has been in educating the non-observant, and as they have been accomplished in further edifying those committed to living a frum life, the potential seems limitless. Rabbi Fromowitz says the Yidden are coming out of the woodwork. Families are drawn to the area because of affordable housing, good job opportunities, and a high quality of life. This is a young community and the life cycle events such as brisim, bar mitzvahs, and weddings are plentiful. Lots of opportunity for Jewish Press Mazel Tovs!

More observant Jews are moving to the area as well. The Jewish population of Henderson is now about 23,000. And there are more than 75 shomer Shabbos families. While Jews are moving from New York, Los Angeles, Israel, and elsewhere, baalei teshuva who have become Torah observant in Henderson are moving to those metropolises that offer greater centers of religious life. I’m sure the famous quote “What happens in Vegas stays in Vegas,” will one day apply to the religious families of Henderson. Henderson is an exciting new community and one you can bet on to continue in its Torah growth. Mazel Tov! 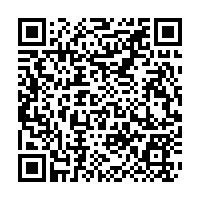