Most addictions are really bad. There are people who are “addicted” to eating lots of fruits, which is great for a healthy person. Yet, for someone with diabetes, not so good. Drinking 8-10 cups of water is great for the average individual, but for those who are on dialysis, restricting liquid may be the recommendation.

Then there is kidney donation. Numerous kidney donors have contacted me wanting to know what else they could donate. This is the type of addiction I wish there were even more of!

I donated a kidney in September 2005 to a stranger, as a result of an ad in this great newspaper. It’s an amazing feeling. And you don’t have to worry. When one donates a kidney, the other one enlarges to make up for the loss. As a matter of fact, I have better kidney function then some people almost half my age. I am not saying that happens with everyone, but most donors are left with enough kidney function to go on with their life.

I want to share a story of another donor with you.

Rabbi Ephraim Simon, a 50-year-old Chabad Rabbi, father of 9, from Teaneck, NJ, donated a kidney in 2009, and really wanted to donate part of his liver as well. I had some people over the years who needed a liver transplant contact me, but those individuals were registered with hospitals in New York and none of the hospitals in New York were allowing kidney donors to also donate part of their liver. I was told by one hospital in New York that it was “one organ per person.” There are only a few hospitals in the United States who allow it.

One of those hospitals that do allow kidney donors to become double organ donors is the Cleveland Clinic. And so, Rabbi Simon was finally able to successfully donate 33% of his liver to Adam Levitz, a 44-year-old father of two from NY. Is Rabbi Simon still addicted to saving lives and if so, will he choose to donate another organ in the future? Time will tell.

According to the Health Sources and Services Administration, one can donate one of two kidneys, one of two lobes of their liver, a lung, part of the pancreas, or part of the intestines, while alive. When I mentioned this to double organ donor, Rabbi Simon, his response was, “Yikes.” I think two organs were enough for him – or maybe it’s just that the wounds are still fresh.

According to a Wall Street Journal story published this past October (“The Samaritans Who Donated Organs Twice”), there are 47 people who have donated more than one organ to two different people in the United States over the past 25 years. And Rabbi Simon was featured prominently.

Another superhero is Eric Steger, a 50-year-old college math tutor from Sunnyvale, California, who first contacted me in 2009 wanting to donate a kidney. He had already donated bone marrow, saving the life of a woman who had leukemia. He was willing to go anywhere in the world to donate a kidney. So I decided to match him up – over the rainbow – with a mother of 9 in Israel who had a genetic kidney disease. He flew to Israel, was tested, however, he was turned down.

Eric was not willing to give up on his quest to save lives. He has donated blood platelets every month for the past 11 years – almost 140 donations.

Then he saw TV commercials from the University of Pittsburgh Medical Center seeking living liver donors. In 2018, Eric contacted me, telling me he wanted to do this. As this was now something I was helping arrange, I added him to my list of possible donors.

I matched Eric with three different recipients. The first one got a liver from her sister, the second from an employee, and the third from a cadaver. Finally, the fourth time around, Eric successfully donated 60% of his liver – an entire liver lobe – to Rabbi Jeff Kurtz-Lender, a 53-year-old father of 2, from Des Moines, Iowa. The transplant was at the University of Pittsburgh Medical Center. The hospital didn’t realize how bad Eric’s liver recipient was, until they opened him up to remove his old liver. He was told he could have died any day.

Days after Eric was released from the hospital, he had two speaking engagements in synagogues in Pittsburgh. One of his speaking engagements was at the Chabad synagogue he attended while there, and the second in another synagogue not far away. When he returned home, he spoke at his Chabad as well, continuing to spread the message that donation is a wonderful gift.

Eric is hoping one day to possibly donate another organ. In the meantime, he will continue donating blood platelets, which his liver regenerates. And in the meantime, another one of Eric’s organs – his heart – is now bigger than ever.

Endnote: Eric’s story was recently featured on CBS Evening News. Millions of people watched this yarmulke-clad Orthodox Jew and heard about his heroic life-saving deeds – what a Kiddush Hashem! Let’s hope that these great stories will inspire people to help others in their great time of need. 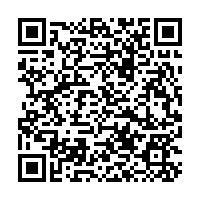