Responding to the widespread call from all corners of the political spectrum in Israel for the establishment of a unity government to deal with the emerging coronavirus crisis (the number of Israeli infected patients has reached 110), Prime Minister Benjamin Netanyahu spoke overnight Friday with the Blue&White Chairman Benny Gantz and urged him to meet immediately with the aim of promptly forming a national emergency government.

Netanyahu made it clear in their conversation that “terrorist supporters cannot be part of the government – be it a routine or emergency government.”

But according to a report from Kan 11 News, a senior official in Blue&White said: “At the very least, we will demand that the Joint List be integrated in the fight against the coronavirus, if not serve inside the emergency government.”

Blue&White MK Alon Schuster, a former Labor party member who is affiliated with Gantz, told party activists that “in the coming days, the seriousness of Netanyahu’s proposal and the need for it will be examined. At the same time, the efforts to receive the Knesset’s recommendations [of Gantz to the president] to form a government will continue. Regardless of what we do, we will continue to be responsible and patriotic when it comes to combating the coronavirus and maintaining the coordination with our partners.”

Which reveals just how suspicious the gang of four in the Blue&White “cockpit” must be of the wizard of political tricks, the amazing Bibi, as well as of one another. When the PM on Thursday called for an emergency government, before his talk with Gantz, saying: “Let’s leave politics aside,” in Blue&White they responded: “If we are invited, we will show up to negotiate.” But before they issued even this simple, normative, if a little cagey statement, they assembled the four party leaders, who then consulted with Israel Beiteinu chairman Avigdor Liberman, Labor chairman Amir Peretz, Meretz chairman Nitzan Horowitz, and Joint Arab List co-chairman Ayman Odeh.

And after all that, a date for the Netanyahu – Gantz meeting has not yet been set.

Gantz responded to Netanyahu’s invitation, saying: “Blue&White headed by me has so far supported and will continue to support the joint struggle against the coronavirus epidemic and its effects. As we have done so far, we will continue to practice patriotism and responsibility for the sake of the public. In light of the situation, we would be willing to discuss establishing a broad national emergency government that would include representation of all parts of the national home. Every effort has been made to promote this move for the citizens of Israel and the State of Israel.”

People close to Gantz said on Thursday that, emergency, shmermengency, their most important goal is to maintain their 61-seat majority in the Knesset (presuming Labor-Gesher-Meretz MK Orly Levy-Abekasis is a lost cause and won’t endorse Gantz for PM – DI). Which is why every singe Blue&White official spokesperson made sure to stress that wherever they go, the Joint Arab List is always invited. Even when discussing the need for an emergency government which will be able to legally provide budgets for the country’s dire healthcare needs, their responses all day Thursday included the other dire need to take care of the needs of Arab society and combat the violence plaguing Arab communities.

Like Blue&White 25% co-leader Moshe Ya’alon said on Thursday: “Which election promise should we violate? In this case, removing Netanyahu is our highest goal. We have no choice but to seek the support of the Joint Arab List.” (See: Ya’alon: To Get Rid of Netanyahu We’ll Break Our Vow Not to Align with the Arabs).

Blue&White’s sudden sensitivity to the needs of Israeli Arabs is touching, especially since Benny Gantz launched his campaign a year ago with a commercial that featured a running counter of the dead Gaza terrorists General Benny had killed during the 2014 war. It appears that Gantz, Lapid and Ya’alon have decided to turn left sharply and make the Arabs their partners, including Joint Arab List members who support terrorism and deny the very legitimacy of a Jewish state. It’s a done deal, whether the List is actually sitting in the cabinet or just raising its hands in support of the Gantz government – they’re in.

Former IDF chief Gabi Ashkenazi, the remaining 25% of the Blue&White cockpit, is still on the fence regarding the partnership with Yasser Arafat’s advisor, MK Ahmad Tibi. But he’ll come around, probably. He’ll have to, because “removing Netanyahu is our highest goal.”

A Likud official told Kan 11 that “Gantz is playing politics instead of showing responsibility. He has not yet answered the PM’s invitation to meet tonight, but has already spoken to the Joint List.”

True enough, and don’t you forget it. Of course, this whole Arab support thing will evaporate with the first PM Gantz order to retaliate against the rockets from Gaza – but then Likud would be faced with the unpopular choice of calling for a no confidence vote in time of war.

Turns out Bibi is not the only savvy politicians out there.

Shas chairman Aryeh Deri said Friday morning: “Enough with the politics – we are in a crisis,” and urged Bibi and Benny to unite. Yamina chairman Naftali Bennett also called for an emergency government, even though this could mean his replacement at the defense ministry by the incoming Gantz.

Former IDF deputy chief of staff and Meretz MK Yair Golan said: “In light of the total emergency, I join the PM’s call for a national unity government, provided he invites the Joint List as well. This epidemic is not a security incident and does not differentiate between Jews and Arabs.”

MK Gidon Saar stated that the Joint Arab List cannot be part of the government that also has to deal with additional challenges, such as from Iran and Gaza. But he would certainly consider appointing a minister from the Arab community who positions are different than those of the Joint List.

And as was to be expected, MK Aida Touma-Suleiman (Joint Arab List) attacked Netanyahu’s remarks, saying that “tonight it turned out that not only the coronavirus, but flattery, too, is contagious. One after the other, government ministers joined the propaganda show in Netanyahu’s service even in this hour of emergency. And the prime minister, for his part, found it difficult to get the word ‘Arabs’ out of his mouth when he concluded that the coronavirus did not distinguish between “Jews and non-Jews.”

MK Touma-Suleiman does not seem to know that many other residents are living in Israel besides Jews and Arabs, including, for example, the Druze who loathe the Arabs but get along well with their Jewish allies.

So, here we are on this stormy Friday in Israel, where folks are not used to frost and high speed winds in March, just as they’re not familiar with global pandemics cutting through their country’s defenses, nor are they ready for a leftwing Jewish faction joining hands with an anti-Semitic Arab faction against a Jewish public. 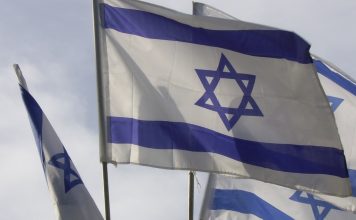 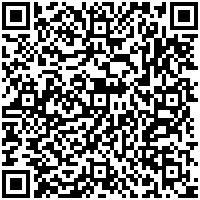