On July 21, Nassau County, Long Island, residents of Rockville Center, Oceanside and Long Beach awakened for the third consecutive morning to find that antisemitic flyers in plastic bags weighed down with sand had once again been thrown into their front yards and driveways. The hate-filled messages stated, “Every Single Aspect of the Biden Administration is Jewish” and “Every Single Aspect of the Covid Agenda is Jewish” with a Star of David and a pentagram. Another flier was headlined, “The Protocols of the Learned Elders of Zion: The Jews’ Plan for World Domination,” referencing the notorious conspiratorial book from 1903 that was propagandized to German schoolchildren during the Nazi era.

At a July 25 press conference, Nassau County Executive Bruce Blakeman denounced the incidents, stating, “Let me tell you something, this is coming from the first Jewish county executive in Nassau County. We will not tolerate that kind of hate speech.”


Blakeman said that he believes the flyers were distributed by the Goyim Defense League (GDL), a group of Holocaust-denying antisemites whose website is printed on the flyers. According to the Anti-Defamation League (ADL), the GDL is behind at least 74 incidents in 17 different states where antisemitic propaganda has been disseminated.

The pamphlets are the latest in a wave of antisemitic incidents plaguing Nassau County. On May 22, the far-right, neo-fascist, all-male group the Proud Boys marched through Rockville Center waving American and “Don’t Tread On Me” flags; some gestured white power symbols and the “Heil Hitler” salute. It was the second march like this in six months.

On April 4, Rockville Center resident Michelle Zangari addressed the village board about amending a code “so that a synagogue cannot be on every residential street like they are in the Five Towns.” Zangari went on an eight-minute-long antisemitic tirade, expressing her concern that residential homes would be turned into small synagogues, attracting more Orthodox Jews to the area. “There is now a menorah that’s eight feet high on a home a few blocks from mine, and I’m worried,” she exclaimed.

Most alarming was Rockville Center Mayor Francis Murray’s acquiescent response, agreeing that amending the law should be explored. “The board will be very concerned and (will) look into it immediately,” he assured Zangari.

On April 29, the day after Yom HaShoah, Nassau County became the first region to recognize the annual “End Jew Hatred Day,” which was initiated by End Jew Hatred, a nonpartisan Jewish civil rights movement comprised of activists and supporters who seek to eradicate all forms of antisemitism. The movement launched in the summer of 2020.

Brooke Goldstein, a human rights attorney and founder and executive director of The Lawfare Project, is one of the founders of End Jew Hatred. She explained to The Jewish Press, “This day is one meant to create discussions about the discrimination Jewish communities face across the globe. When the Jewish world is marginalized, we need to come together to fight for our rights.” Recently, Goldstein has noticed a dangerous trend of blatant antisemitism that is being sanctioned by medical institutions, universities and online platforms, where Jews are purged just for being Jewish. “If the rise in hate crimes against the Jewish population were happening to any other minority community, it would be front-page news. But the systemic bigotry is so strong that the media and politicians just ignore the crimes,” she added.

The End Jew Hatred Day proclamation was presented by Senator Elijah Reichlin-Melnick at the Holocaust Museum & Center for Tolerance and Education in Suffern, New York. He said in a statement, “New York State has seen an alarming increase in hate crimes targeting Jews. In a world where people communicate by memes and hashtags, the term antisemitism may be too disconnected from common speech. We must declare what needs to happen in the most simple words we can find: End Jew Hatred. I was proud to proclaim April 29, 2022, End Jew Hatred Day in Senate District 38, and I commend Nassau County for their efforts to fight racism and bigotry.” Senator Reichlin-Melnick officially signed the proclamation on June 28.

Assemblywoman Lisa Swain traveled in from New Jersey to attend the event, which she described as “history being made.” Being Jewish, End Jew Hatred Day holds special significance for her. “As a Jewish woman and legislator, I am proud to come from a legislative district rich with unity, fellowship, and religious and ethnic diversity,” she said. “Last year, antisemitic attacks hit an all-time high across New Jersey and New York…. this drastically undermines the basic human right we are owed to live safely, comfortably, and without fear…. We as a group can never fully heal unless we use our platforms to counter even the smallest acts of discrimination, hate and tyranny.”

Elected officials across the country are joining the End Jew Hatred movement, announcing April 29 as a day to show solidarity with the Jewish people. Members are also meeting with international officials for End Jew Hatred Day to be recognized globally.

Another co-founding member of End Jew Hatred, Lana Melman, author of Artists Under Fire: The BDS War against Celebrities, Jews, and Israel, remains resolutely hopeful and proactive while fighting in this battleground of hate. “We are living in a time of chaos and fear, but also possibility. As other communities raise their voices across the country demanding positive change, so must we,” she insisted.

For Yuval David, actor, filmmaker, activist and director of mobilization for End Jew Hatred, the movement is deeply personal. He is frequently targeted for being outspoken about his Jewish identity. David fights anti-Israel hatred, like accusations of apartheid, with facts. “First of all, apartheid it is not, because one-third of all judges in Israel are Arab Muslims, and the third largest political party in Israel is the Arab party in the Knesset,” he stated, “We cannot let false narratives about Jewish people, Zionism and Israel proliferate.”

David puts filters on his social media so he won’t have to see pernicious comments like, “the only place you should be a content creator is a crematorium,” and “just you wait, the trains are coming for you.”

He recalled other antisemitic incidents he’s experienced, such as when he traveled through Poland on a youth group to visit memorial sites and Polish people spit at his group, shouting at them, “Jews go home! Jews go away!” A few years ago, in New York City, David got mud thrown at him for leaving Yom Kippur services wearing all white and a kippah and Magen David necklace.

David described End Jew Hatred as “a movement for all people who understand that Jews require safety and protection… this is like the first civil rights, social justice movement for the Jewish people.” He emphasized that it does not matter what race, ethnicity or religion you are, because when you fight antisemitism, it invariably leads to standing up for people in other minority groups. “When you combat hate, you start to combat hate in all its forms,” he said. 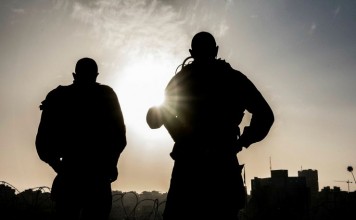 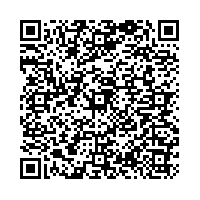