Lag BaOmer – the 33rd day of the Omer – is celebrated for two primary reasons. First, the great second-century sage and mystic R. Shimon bar Yochai, author of the Zohar and the first to disseminate Jewish mysticism, died on this day. Consistent with the kabbalistic belief that a righteous person’s day of death marks the pinnacle of his life’s work and continuing influence, he instructed his students to mark the date as a day of great joy.

Second, the Talmud relates that during the 49 days between Passover and Shavuot, a plague raged among the disciples of the great sage Rabbi Akiva – who was also R. Shimon bar Yochai’s teacher – “because they did not act respectfully towards each other.” The thousands of deaths ceased on Lag BaOmer and, as such, the day has become one of not only joy and celebration, but also of ahavat Yisrael, love and respect for one another.


Even today, Lag BaOmer is a day of great festivity in Israel, marked by bonfires (an allusion to the “fiery spirit” of Shimon bar Yochai’s mysticism), ecstatic singing and dancing, rides, parades, and satiric plays and performances. Tens of thousands of visitors flock to the holy grave of R. Shimon in Meron, a mountain village in northern Israel.

Worldwide, it is customary for Jews to spend the day outdoors savoring the natural beauty of G-d’s world. Perhaps the most common customary food of the day is carob, which, according to tradition, miraculously sustained R. Shimon and his son while they were in a cave hiding from the Romans during the Jewish revolt.

Below are a few selections from my collection of Lag BaOmer items.

Perhaps the iconic symbol of Lag BaOmer is the bow and arrow, traditionally carried by children on Lag BaOmer outings to fields and forests. The first keshet – the Hebrew word means both “bow” and “rainbow” – appeared after the Noachide flood as a sign of G-d’s promise that, though mankind may deserve mass punishment in the future, He would never again destroy the earth. The Lag BaOmer bow and arrow is an allusion to the beautiful Midrashic tradition that no rainbow ever appeared during R. Shimon’s lifetime because his merit protected all of mankind.

Shown here is a beautiful postcard, circa 1907, depicting a Petach Tikvah Lag BaOmer youth outing in which six children are shown preparing to shoot their arrows – with the girl on the left seemingly taking aim at one of the boys!

Petach Tikvah, the first modern Jewish agricultural settlement in Eretz Yisrael, was founded in 1878, predominantly by Orthodox Jews of the Old Yishuv. Known as Eim HaMoshavot (the “Mother of the Colonies”), it became a permanent settlement in 1883 with the financial help of Baron Edmond de Rothschild. At the time of our exhibit in the early 1900s, it had achieved a degree of economic and political stability, and its celebrations of Jewish holidays, particularly involving the children of the growing colony, were particularly exuberant.

Exhibited here is a sketch for a proposed Jewish National Fund Lag BaOmer label, which depicts a nighttime bonfire and a bow and arrow. The final stamp, also shown, has omitted the bow and arrow and moved the “Lag BaOmer” caption to the bottom.

Though the first KKL/JNF labels (which have been issued continuously since 1902) were issued strictly for fund-raising purposes, including for the redemption of land in Eretz Yisrael – note that the caption underneath our label here includes the phrase “Geula titnu la-Aretz” (Bring redemption to the Land) – these labels were used as actual postage stamps for a brief period of time.

The labels were initially used on mail sent locally among the first Jewish colonies in Eretz Yisrael, as the Austrian postal service operating there at the time agreed to deliver mail posted with the KKL Zion stamp, an arrangement that came to an unhappy end when it was disclosed to the ruling Turkish authorities. They were also temporarily used throughout Eretz Yisrael in 1948 until the first stamps of the new Jewish State, Doar Ivri, could be issued and distributed.

Children’s train rides and sea/river cruises have long been an important part of many Lag BaOmer celebrations, and one of the highlights for Jewish children in pre-World War II Warsaw was the annual Lag BaOmer train ride.

Shown here are two great rarities, tickets for 1917 Lag BaOmer train rides from Warsaw to Goclawek as part of an organized “folk journey.” The first was issued by the Histadrut HaTze’irim Center (Labor Federation Youth Center) and the second by the Zionist Committee in Warsaw (its emblem appears on the verso).

It is interesting to note that these train rides went forward in Poland in the midst of World War I. Although Poland did not exist as an independent state until after the war, its central geographical position between the fighting powers meant that much fighting and terrific human and material losses occurred on Polish lands from 1914-18.

The Betar Movement (an acronym of “Brit Yosef Trumpeldor”) was a Revisionist Zionist youth movement founded by Zev Jabotinsky in Riga in 1923, which served as a major source of recruits during World War II for both Jewish regiments that fought the Nazis alongside the British and as well as Jewish forces that waged war against the British Mandate. Its philosophy reflected Jabotinsky’s Revisionist Zionist doctrine, including restoring the ancient Jewish state of Israel on both banks of the Jordan River and training a new generation of Jews to embrace the nationalist ideal by taking up arms.

According to Pinchas Najsztejn, a member of the city council of Lod from the Cherut Party, Lag BaOmer celebrations were an important part of Betar’s sponsorship of many youth activities in the cultural realm:

We attempted to impart to our members a sense of national consciousness and an attachment to Zionism. We arranged a memorial gathering for Herzl on the 20th of Tammuz each year. We celebrated the 2nd of November, the day of the Balfour Declaration. Of course, we celebrated Lag BaOmer with an excursion into the forest, etc….

We hereby invite you to our cruise on Lag BaOmer, to take place on the 14th of May to Kempe Trachominska.

The trip will be on a magnificent tour ship and the departure venue is on the Vistula Riverbank. A festive academy will be established on the field with the participation of Betar Commissioner A. Propes and members of the Tzohar Central Committee organizing various sports competitions.

It is our hope that you do not refuse to participate in this cruise.

It was Aaron Zvi Propes – whom Jabotinsky referred to as “the First Betari” – who convened the meeting of Jewish Youth in Riga in 1923 that led to the founding of Betar. Under his leadership as Betar Commissioner of Poland from 1929-39, Betar became the largest Zionist youth movement in Poland, boasting some 70,000 members.

Propes was also an international spokesman for Betar who played a leading role in establishing a branch of the organization in the United States. He was succeeded as commissioner by 29-year old Menachem Begin.

On Lag BaOmer today, many Polish Jews visit the tombstone of the Rema (R. Moses Isserles), the eminent Ashkenazic rav and posek best known for his commentary on the Shulchan Aruch, who died on Lag BaOmer and is buried near the synagogue in Cracow that bears his name.

Shown here, signed and annotated in the plate “Zev Raban/Bezalel/Jerusalem/1928,” is Raban’s depiction of Lag BaOmer from his famous Chagenu (“Our Holidays,” 1925), a lovely collection of illustrations of the Jewish holidays. The central focus here is a striking rendition of a children’s Lag BaOmer outing in Eretz Yisrael, as they carry flags and bows and arrows in celebration of the holiday.

Raban (1890-1970), who acquired his reputation through the designs he made for Bezalel, was undoubtedly one of the most important artists and designers in pre-State Eretz Yisrael. Recognizing that the traditional European style did not fit the growing style of newly emerging Jewish art, he integrated European techniques with specifically Jewish themes.

Drawing freely from a variety of styles, including Classical and Art Nouveau, he developed a unique representation of Jewish themes with ornamental calligraphic script and other decorative designs that ultimately came to be characterized as the “Bezalel style.” He became renowned for his portrayals of beautiful Israeli landscapes, holy places, Biblical tales, and people.

Shown here is an announcement regarding a Lag BaOmer visit by Prime Minister Begin to the grave of R. Shimon bar Yochai that was distributed to attendees at the 1981 ceremony in Meron:

Menachem Begin
Head of the Government of Israel
Happy be your birth
On your visit today to Zion to the Holy Tanah
R. Shimon Ber-Yochai. [Abbreviation]
Lag BaOmer 1981 – Meron

Lag BaOmer that year fell on May 22, 1981. Two weeks later on June 7, Begin launched Operation Babylon which destroyed Iraq’s nuclear reactor. Though he was bitterly attacked at the time by the UN, the Arabs, and anti-Semites worldwide, his bold move is broadly acknowledged today as having saved perhaps hundreds of thousands of lives.

Finally, we have a beautiful Jewish National Fund flyer for the Lag BaOmer Youth Day in Romania, circa 1920s. The stirring nationalistic message inside (not shown; translated from the Romanian) reads as follows:

Youth Day for Eretz Yisrael welcomes Lag BaOmer having accomplished great achievements in all domains. In the new colonies created this year in the Negev, Sharon, and Galil, in factories and businesses, in schools, everywhere, our young men are at the forefront, fighting for the strengthening of our holy right to recapture Eretz Yisrael for Am Yisrael. The colonies founded these days in the distant Negev, in the Sharon, and in the Galilee symbolize our strength to build despite all the hardships and oppressors.

Brothers and sisters! Welcome the messengers of Keren Kayemet who come to your home to receive the gift for the redemption of the Land of Palestine. Receive them with love and good will. Be at the head of our brothers and sisters in Eretz Yisrael who give their lives for our holy ideal and secure our right to go there.

Sadly, due to the coronavirus, all the usual public Lag BaOmer activities are suspended. Nonetheless, may we all share in the joy of this day and keep safe until, with G-d’s help, we can all soon fully resume all our religious celebrations with happiness and without fear. 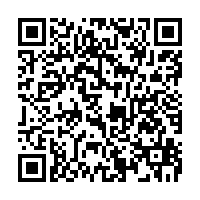