US Secretary of State Mike Pompeo deftly ducked a reporter’s question Wednesday in a news briefing at the State Department in Washington DC when asked whether he was planning to travel next week to the State of Israel, declining to deny the report outright but also not confirming it. “I don’t have any travel to confirm, but I think in the upcoming hours and days you’ll see an announcement,” he said with a small smile.

Israeli media is reporting Pompeo is slated to arrive next Wednesday in the Jewish State to meet with Prime Minister Benjamin Netanyahu and Blue & White faction leader Benny Gantz, quoting sources who said the meeting, set to take place before the swearing-in of the new government, is to focus on the US peace plan.

“We’re hoping to get back out and be on the ground to do the things that the State Department needs to do that we physically need to be located in those places for. We’re hoping that we can get that started up before too long.

“It’ll start off smaller, but we’re hoping to get back out. Just like we’re hoping we can get the economy back open not only here in the United States but all across the world as well.”

Pompeo also said in response to a question, “The United States has “been very clear to the Assad regime all along, and to the Russians in Syria: the Iranians need to leave” Syrian territory.

“They need to leave, not only the southwest corner than has a direct and real impact on Israel and risk to the Golan, but more broadly throughout the country.

“The very terror regime that we talked about, the Islamic Republic of Iran, has got a campaign that supports what Assad has done, that has brutalized and destroyed the lives of hundreds of thousands and caused six or seven million people to have to flee Syria,” Pompeo underlined.

“The Iranian regime is responsible for that in the same way that the Syrian regime is. We hope that they’ll rethink that and get back to doing what Iran needs to do, which is to take care of its own people in this very difficult time inside the Islamic Republic of Iran. We think those resources could be much better used to support the Iranian people,” he added. 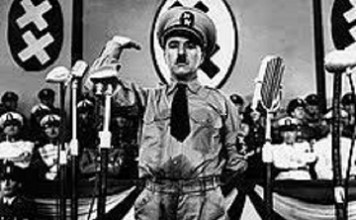