In the 1950s, researchers Richard Barnett and Philip Wright recorded markers in most of Jamaica’s Jewish cemeteries. The Ben Zvi Institute published their work.  “Although we have found inaccuracies and some tombstones are missing, the book has helped considerably with my genealogical research and with our cataloguing,” says Henriques.

Restoration of the White Church Street Cemetery, Henriques’ current project, isn’t the first restoration project that he has headed. Beginning with Hunt’s Bay Cemetery in 2007, Henriques has worked on the restoration of the Falmouth, Lucea and Montego Bay cemeteries. The project typically begins with local workers clearing the undergrowth. “It’s important for the local people to become aware of what exists in their community, and to see how we treat our ancestors,” Henriques says. During one week every January, volunteers from the Caribbean Volunteer Expedition measure the graves, photograph them and record and translate all the information on the tombstones. These records will soon be digitized and made available online.

Small Jewish cemeteries are dotted throughout Jamaica. “As people moved away from Kingston for economic reasons, they were forced to open cemeteries in these outlying areas,” says Henriques. Jewish law requires that a person be buried as quickly as possible, preferably on the day of death. “Without cars for transport, there simply wasn’t enough time to bring the bodies to Kingston.” A small cemetery with thirteen graves in St. Anne’s Bay on the north coast near today’s tourist center is one example of these outlying cemeteries. The Montego Bay Cemetery contains 21 graves.

Hunt’s Bay Cemetery, west of Kingston, was the burial site for the Jewish community of Port Royal, where Jews fleeing the Inquisition first settled. But why didn’t the Jews bury their dead in Port Royal? The city was located at the end of the Palisadoes, a thin strip of sand that serves as a natural protection for Kingston Harbor. Digging deep enough for a grave meant striking water. The Jews were left with little choice – they had to row their boats across Kingston Harbor to bury their dead on the mainland in Hunt’s Bay Cemetery. Thus, this cemetery is the oldest cemetery in Jamaica, boasting the earliest gravestone: Jacob Gabay son of Avraham who died in 1672. Today, the bluestone, limestone and marble grave markers, with epitaphs in both Portuguese and Hebrew, once again bear dignified witness to the Jews buried here.

Information has been gathered from several other cemeteries in Jamaica. The Orange Street Cemetery, located near Congregation Shaare Shalom on Duke Street, contains stones from the early 18th century and is still used by the remaining Jewish population. The early grave markers are mostly of marble and are elevated almost three feet above ground on red brick bases. Here, the vast majority of the epitaphs are written in English, which reflects a change in the population’s makeup. In 2007, volunteers worked at the Falmouth Jewish Cemetery, where they measured and recorded the inscriptions on 113 graves. That same year, they also recorded the inscriptions on the tombstones of 21 graves in the Montego Bay Cemetery. “I’m fortunate to have done more than I ever believed I could,” says Henriques.

As noted above, Henriques’ current project is the White Church Street Cemetery in Spanish Town. In Spanish Town there were three Jewish cemeteries. One has become the site of a supermarket and there is no hope of any restoration. The second one, the Neveh Shalom cemetery, was sold but thankfully nothing has been built on it. Here, in the overgrown site, the tombstones were removed and bolted to the boundary wall where most still remain. The first of the Caribbean Volunteer Expeditions in Jamaica, in 1997, worked with Henriques to record the information, mainly in English, on these grave markers. The third cemetery, the White Church Street Cemetery, has about 50 graves. 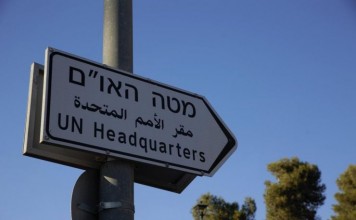 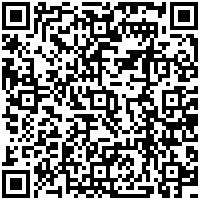