The free-end paper on a copy of a Chumash printed in Luneville in 1808 I acquired this week had an interesting genealogical inscription. In the days when blank paper was scarce and costly, the free-ends of books were often used to record information. In the case of sefarim particularly, which were generally kept within a family for generations, we can often find that the owner of a sefer recorded the life-cycle events of his family.

This volume records the milestones of the life of a German Jew who left his family and homeland in 1853 to try his luck in the New World. It records his arrival in the then-fledgling Jewish community of Syracuse, New York, and his marriage there shortly after. The births of his children are recorded as well, followed by the untimely death of his infant daughter. The writer, clearly a learned Jew, based on his style of writing and use of numerous abbreviations and Hebrew calendar dates, writes as follows:


“As a record and testimony for myself and my family in generations to come:

I, Eliyahu son of Rabbi Meir Aryeh Halevi from Saarwellingen (Germany), left my father and mother to travel to America on the 3rd of Elul 5713 (1853). I boarded the ship on the 3rd of Elul 5713 and arrived in New York on Monday, the 16th of Tishre, the second day of Sukkot 5714. I arrived at the Jewish community of Syracuse, on Wednesday, in the week of the Parashah of Lech Lecha, 5714 (1853).

On Tuesday, Lag Baomer 5714 (1853), I wed Feigele the daughter of Shmuel from Poppenheim, in the congregation Knesset Shalom in Syracuse, the mesader kiddushin was Rav Zelig.

My daughter Malka was born with good Mazal on Monday, the second day of Rosh Hodesh Adar 5718 (1858). May [G-d] raise her to marriage and good deeds. Amen.

My daughter Esther passed away and was buried on Tuesday, the first of the Rosh Hodesh of Elul 5721 (1861), may her soul rest in peace.” 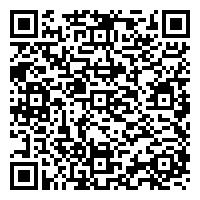