Where Hashem told Avraham that his descendants would be numerous; the place where the Jews first entered Yisrael, close to Har Grezim and Har Evel is the revived, thriving community known as Elon Moreh. Beauty, tradition and strength of character describe both the natural setting and the residents living here. Mountainous terrain as well as many flowering plants defines this ever-growing vital stronghold in the Shomron. A glimpse of this area will reveal many biblical sites as well as a unique perceptive on life.

There are caves on Har Kabir with blackened interiors; perhaps from fires started by ancient inhabitants. There is also a stone structure resembling a mizbayach and animal remains spotted close by. Could korbanot have been offered here long ago? Also found on Har Kabir is a cave with a very old Alon tree. Did it give shade to our many ancestors?

The history of this modern-day Yishuv reveals much about the resilience, perseverance and stamina of its founding fathers and mothers. A core of eight families began the Yishuv under very difficult circumstances. After seven attempts at establishing a government-approved Yishuv, the current site was finally established forty years ago. Until then families lived in caravans, an army base – and one family even lived in an abandoned jail. Currently, families live in multi-level homes in nine different neighborhoods. The community consists of several generations of highly committed Modern Orthodox Jews, some of whom are children, grandchildren and great-grandchildren of the founders.

This modern, hard-working village also contains note-worthy attractions. There is a winery adjacent to Mount Kabir that produces award-winning wine and which has won several national awards; its grapes are all grown locally. A new tourist center boasts a dairy restaurant and a colorful, innovative playground where multi-aged children’s needs, desires and safety are accommodated.

In addition, there are several unusual places of employment: a facility where parchment for Sifrei Torah are created (one of only two such places in the world) – although there is a very distinct aroma here, it is a fascinating place to visit as one sees hides being stretched, dried and prepared for use as klafim; a kitchen-cabinet factory, and three extensive farms where sheep and chickens are raised as well as homegrown watermelons, eggplants, tomatoes and herbs.

Common to this region where houses are built into mountains are many fruit trees planted by new house-owners. Among them are cacti, figs, dates, lychees and almonds – along with an occasional slithering garden snake in the roadway! Several single-family homes boast their own chicken coops, incubators for chicks and/or large coops for a variety of colorful birds.

A military base is adjacent to Elon Moreh. Residents feel very safe and allow their very young, unaccompanied children to run freely. There is also a large Hesder Yeshiva and dorm nestled in the high mountains. The Yeshiva provides both indoor and outdoor patios for studying, introspection and tefillah. It is not uncommon to see tallit-clad men in suits and chayalim walking to and from shul with rifles slung over their shoulders.

Finally, a return to Tanach is perhaps reflected in the endeavors of several of the women of Elon Moreh. These women have studied many texts describing the exact form and content of the korbanot to be brought to the Third Beit HaMikdash. Through experimentation with different types of pots, heat sources and temperatures, they believe they have found the type of barley once used for korbanot. Currently, they are working on the species of wheat that was used during the time of the Beit HaMikdash. These women have had exhibitions in the Shomron, Yerushalayim and elsewhere, bringing their pots, pans and sources of heat to explain their findings. They and the rest of the Yishuv may have a significant part in bringing the Geulah in our times. 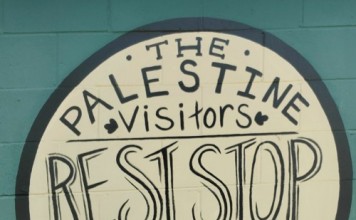