The contemporary Ashkenazic liturgy on Rosh Hashanah is relatively lengthy. Many congregations don’t end Musaf until well into the afternoon. Some minyanim, especially in a yeshiva, finish as late as 3:00 or 4:00.

Prima facie, finishing services so late runs afoul of the prohibition against fasting until chatzot on Shabbat and Yom Tov (mentioned in Yerushalmi, Taanit 3:11 and codified in Orach Chayim 281:1). One violates this prohibition even if one does not intend to fast and just happens not to eat or drink from dawn until midday (Magen Avraham 1).


It is far from clear, however, that this proscription applies on Rosh Hashanah. Poskim record an ancient tradition to daven on this day until chatzot (Maharil; Rema, Orach Chayim 584:1). The Bible itself seems to attest to this practice: “And Ezra the priest brought the Law before the congregation…upon the first day of the seventh month [Rosh Hashanah]. And he read therein…. from early morning until midday” (Nechemiah 8:2-3).

But why should Rosh Hashanah be different from any other Yom Tov? According to the Raavad, it is not – one is, in fact, allowed to fast on any Yom Tov past midday provided one is engaged in prayer (Meiri, Taanit 25b; see also Mishnah Berurah 288:2). Others justify praying past midday specifically on Rosh Hashanah because some authorities permit fasting the entire day, which is certainly proscribed on other Festivals (Bach, Orach Chayim 288). Although we normally accept the opinion that encourages eating on Rosh Hashanah, we do not reject the pro-fasting opinion to the extent that we insist on eating before chatzot.

The Vilna Gaon, however, felt that the proscription against fasting until chatzot on Yom Tov also applies on Rosh Hashanah; thus, he rejected the minhag to extend services past midday (Ma’aseh Rav 207; for a resolution of the apparent contradiction with the Biblical passage, see Hilchot Chag BeChag, Yamim Nora’im, ch. 6 n. 13).

The Chayei Adam – echoing the sentiment of his mechutan, the Vilna Gaon – writes that one should prolong prayers until “close to midday, but no more” (139:8). Apparently, the Chayei Adam felt that davening until almost chatzot sufficiently acknowledges the custom of prolonging services on Rosh Hashanah while still providing enough time for beginning the Yom Tov se’udah before midday.

It is not immediately clear, though, why the meal per se must begin before chatzot. If one takes a drink before Shacharit (of a beverage permitted to be drunk before davening), one could seemingly avoid the issue of fasting until chatzot without needing to shorten (or rush through) the prayers.

On Shabbat, when one must eat three meals at specific intervals, many indeed require beginning the daytime se’udah before midday (Aruch HaShulchan, Orach Chayim 288:2). But when Rosh Hashanah falls on a weekday, there is no requirement of Shalosh Se’udot and thus no need to wash and eat bread specifically before chatzot.

Although there is no problem per se with beginning the Yom Tov daytime meal after chatzot if one drinks beforehand, those who do so may be required to daven Mincha first. The earliest time one is allowed to daven Mincha is half an hour after chatzot – called Mincha Gedola – and, according to some authorities, one may not commence a se’udah within half an hour of this time (see Ma’aseh Rav 207; the Rambam maintains that the prohibition begins only after Mincha Gedola proper [Hilchot Tefillah 6:5]).

According to normative halacha, however, the proscription of eating before Mincha revolves around Mincha Ketana (which is 3.5 hours – not .5 hours – after chatzot). Furthermore, many say the prohibition only applies to a very large meal (e.g., a wedding meal – see Orach Chayim 232:2). Nevertheless, some pious individuals daven Mincha immediately following Musaf on Rosh Hashanah (assuming they won’t be able to start their meal before chatzot), so that they can begin their se’udah according to all halachic opinions (see Hilchot Chag BeChag 13:32).

Based on everything we’ve said until now, it’s clear that according to the accepted halacha, it is permissible to extend Rosh Hashanah services well into the afternoon –especially if one drinks before davening. However, prolonging prayers to such a degree may be unwise for several reasons.

First, due to the late starting hour of the Yom Tov meal, many congregations take a break before shofar blowing so people can make Kiddush and have a snack. This practice has become quite popular nowadays even though many poskim vociferously oppose it (including, famously, Rav Y. E. Henkin). Some refrain from making Kiddush but, as a result, they become quite hungry during Musaf and are less able to focus on davening. By ending services earlier, one avoids both problems.

Second, a long Rosh Hashanah davening results in a short afternoon, which feels like it’s over before it has even begun. While some lofty individuals relish every moment of Rosh Hashanah services, most people would probably be better served using the afternoon to study Torah, spend time with family, and rest to recharge their spiritual batteries for the intense days of repentance ahead. (Although some avoid napping on Rosh Hashanah, most authorities permit it, at least after chatzot.)

Third, protracted services disrupt people’s normal mealtime schedule and they will have no appetite for the se’udah of the second night after eating a heavy Yom Tov meal in mid-afternoon on the first day.

We rightly tend to be more focused on the spiritual than the physical on Rosh Hashanah, but we cannot completely lose sight of the fact that it is a Yom Tov. With a bit of planning and forethought, synagogues and yeshivot can conduct meaningful, uplifting Rosh Hashanah services at a decent pace, without ending excessively late. 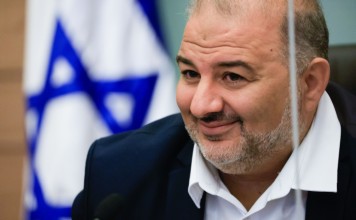 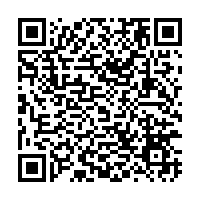