Editor’s note: Antique Judaica Roadshow will appear monthly. We encourage readers to email pictures of their Judaica to Tsadik Kaplan at tsadik613@gmail.com. He may choose to assess your antiques in his future columns.


Perhaps the most ubiquitous piece of Jewish ritual art in our society is the menorah.

The Chanukah menorah as we know it today, with eight separate receptacles for oil and a ninth placed at the side or at the top, probably developed during the Middle Ages.

Very few Chanukah menorahs from this era have survived. One unique example decorated with animals and Hebrew wording, dating from the 14th century and originating in either Germany or Italy, is part of the little known, exquisite collection of antique Judaica that is on display at Temple Emanu-El on Fifth Avenue in New York City.

Many assume that for collectors the most desirable Chanukah menorahs are made from silver, but for those with significant disposable income this is not always the case. Bronze is the preferred medium – specifically, Italian bronze Chanukah menorahs dating to the late Renaissance period and a bit beyond, that of the 16th and 17th centuries.

Most of these bronze Chanukiot tend to be lavishly decorated with lions or dolphins, baskets of fruit, and depictions that would seem antithetical to being featured on a Jewish ritual object; cherubic, semi-nude figures known as putti. Authentic examples of these Chanukiot can command prices in the mid-five figure range.

Once we arrive at the 18th and 19th centuries, for the collector, the world is your oyster, or should I say, latke. Even 18th century Chanukiot can be acquired for under a thousand dollars, although not in silver, but brass. Cut and hammered sheet brass Chanukah menorahs hailing from the Netherlands have survived in plentiful numbers. While some can be a bit stark in appearance, other can be particularly ornate, featuring flowers, grape clusters – or even an iconic image from the Torah, such as the scene of the spies returning from Canaan, carrying a large bundle of grapes between them.

Venturing eastward to Poland and Ukraine, you’ll find another type of affordable Chanukah menorah made of brass, although these are solid and heavy, having been cast from a mold. There are small, simple examples that can fit in the palm of your hand, to much larger pieces that feature lions, birds and deer. These come with two servant lights. As in some households in Eastern Europe, they would also be used as the pair of Shabbat candlesticks.

While silver Chanukah menorahs from 18th century Europe can be quite costly (particularly ornate examples can go for six-figures), if you are inclined to go to the late 19th century, then you can find a wide array of elegantly designed silver examples in a variety of styles that hearken back to earlier art movements such as Classicalism and Rococo. These Chanukiot can be had for a few thousand dollars.

As we enter the 20th century, even more Chanukah menorahs are available, but not always at lower prices. Here, design plays a large part in the collector demand and consequently, market value. While a classically designed silver Chanukiah from 1920’s Germany could be found for a few hundred dollars, a silver or even brass Chanukiah from Germany made featuring Art Nouveau or Art Deco styling, can be quite a bit more.

For the $50 and under budget, brass and chrome-plated metal Chanukah menorahs from 1930’s and 40’s America can be located almost anywhere there is a flea market or second-hand store. The same holds true for the tremendous selection of cheerful Chanukiot from 1950’s and 60’s Israel.

Over the last 25 years as a collector of Judaica, I have been fortunate enough to acquire a nice grouping of Chanukah menorahs from different eras. However, the Chanukiah that holds the most meaning for me is not made of any metal, and was created well into the 20th century. It is glazed ceramic, and was manufactured in a displaced persons camp in Germany, in 1947. The truncated tree and sprouting leaf are the symbol of She’arit Hapleta (the surviving remnant). This term was used to refer to Holocaust survivors.

Unlike other DP camp-made Jewish items, extant examples of this Chanukiah are quite scarce: less than 10 are known to exist, including one example in Yad Vashem. Possibly only 25 or so were made, and were likely presented to helpful, influential individuals as gifts of appreciation from these refugees. The Hebrew inscription states “Central Committee Munich 5708.” 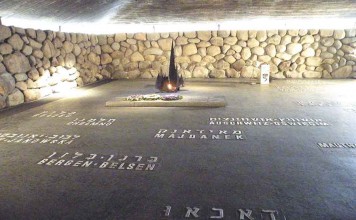 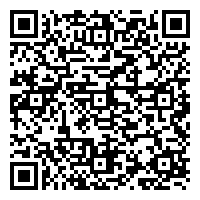