Louis Pasteur (1822-95) – known as “the father of microbiology” – was a French microbiologist and chemist who confirmed the germ theory of disease, pursuant to which microorganisms do not develop absent contamination, and is renowned for his discoveries of the principles of vaccination and microbial fermentation.

He is also celebrated for his historic breakthroughs in the causes and prevention of disease; for creating the first vaccines for rabies and anthrax; and for “pasteurization,” his method for treating milk and wine to prevent bacterial contamination.


Less known are Pasteur’s contributions in chemistry, which were fundamental to understanding the structure of organic compounds, and his scientific debunking of the theory of spontaneous generation, the supposed production of living organisms from non-living matter.

Also less known is the fact that Pasteur owes his greatest discoveries to a chance reading of the Talmud, which, 1,500 years before he was born, actually advanced the notion that the administration of a weak form of a disease to humans could cause immunity to its virulent version.

The story begins with Rabbi Dr. Israel Michel Rabinowitz (1818-93), a Russo-French translator, essayist, and author of Hebrew, Polish, French, and Latin Grammars. The descendant of a long line of rabbis, he pursued his rabbinical studies in Grodno and Brest and, after earning his semicha, studied Greek and Latin and entered the University of Breslau, where he studied philology and medicine.

He went to Paris in 1854 to complete his medical studies, served there as a hospital intern, and earned his M.D. in 1865, but he never practiced medicine.

Rabbi Rabinowitz earned lasting fame for being the first to translate parts of the Talmud into French (integrating critical commentaries into his translation) in such works as Civil Law of the Talmud (1873-80) and Criminal Law of the Talmud (1876). He also wrote Medicine in the Talmud and Talmudic Principles of Ritual Slaughter and Treif from the Medicinal Point of View (1877), but most important for our story was his Mevo She’arim (“An Entry to the Gates”), published posthumously in 1894.

It all began when R. Rabinowitz, then living in Paris, showed his translation of the Talmudic Order Mo’ed, which deals with Jewish festivals, to his good friend, Louis Pasteur. The biologist became fascinated by the Talmudic discussion on page 83b of Tractate Yoma where the rabbis accurately describe the five signs of a rabid dog: open mouth, dripping saliva, tail between paws, abnormal gait, and droopy ears.

He became intrigued by the rabbis’ ancient Hebrew wisdom, particularly their prescribed cure for a person infected by the bite of a rabid dog: “If someone was bitten by a mad dog [affected with rabies], one should feed him the lobe of that dog’s liver.” (Even though a dog is a non-kosher animal, the rabbis considered eating the dog’s liver to be a legitimate cure to a serious illness and therefore permitted it to be eaten.)

Pasteur understood the Talmud to be teaching that the way to cure infectious ailments was to introduce small amounts of the infection into the organism, and he hypothesized that an infected body produces antibodies, which could then attack an invading infection.

To test his theory, he cultivated cholera bacteria in chicken broth, exposed a sample of chickens in a pen to the cholera, found that he could not thereafter infect them with fresh bacteria, and concluded that the weakened bacteria had rendered these chickens immune to the ravages of the disease.

Pasteur next applied this immunization method – he coined the term “vaccines” for his artificially-weakened bacteria – to prevent anthrax, a feared killer of cattle, which is often fatal to humans who come in contact with infected animals or contaminated animal products. He cultivated bacteria from the blood of animals infected with anthrax, injected a sample of the animals with the bacteria, and proved that the bacteria caused the disease.

When he was advised that the carcasses of sheep that had died of anthrax were buried in fields, Pasteur hypothesized that earthworms were bringing bacteria to the surface, and he was proven correct when his experiments found anthrax bacteria in the earthworms’ excrement. After he advised farmers not to bury dead animals in fields, the spread of anthrax was significantly stemmed.

Pasteur next produced the first successful vaccine for rabies by growing the virus in rabbits, then weakened it by drying the affected nerve tissue. The success of all the cholera, anthrax, and rabies vaccines paved the way for the manufacture of many other vaccines, and the ultimate result of Pasteur’s Talmudic knowledge was the development of a science that has saved, and continues to save, countless millions of lives.

In 1887, Pasteur brought together leading scientists with various specialties spanning a variety of microbiological disciplines and commenced worldwide fundraising for what would become the Pasteur Institute – which many at the time called “The Rabies Palace” – whose stated purpose was “the treatment of rabies according to the method developed by M. Pasteur” and “the study of virulent and contagious diseases.”

Construction of the facility was financed through national subscriptions and private donations, and the edifice, which included an apartment and research laboratory set aside for Pasteur, was inaugurated on November 14, 1888, the precise date of our correspondence, discussed below.

According to a contemporary issue of Le Figaro, approximately 600 people attended the inauguration ceremonies, which were held in the Institute library where a podium surrounded by marble busts of major donors had been added. Noteworthy sponsors included Russian Emperor Alexander III and Brazilian Emperor Pedro II. French President Sadi Carnot presided over the inauguration ceremony along with Charles Floquet, the French prime minister, and Jacques-Joseph Grancher, one of Pasteur’s colleagues.

In the original and historic handwritten October 28, 1888 correspondence exhibited here, Pasteur writes in French to Cécile Furtado-Heine (1821-96), one of the Institute’s major benefactors:

The Administration Council of the Pasteur Institute has set, before yesterday, next November 14 for the inauguration ceremony. Mr. President Carnot and Mr. President Floquet, whom I had the honor to see this morning, will attend.

Permit me, Madame, to remind you of the promise you made to Mr. le Professor Grancher and to me, to offer a bust of yourself to be placed in our Chamber of Honor near those of the other principal donors. M. le [illegible] is ready to send us the bust of the tsar which was commissioned by order of the Emperor himself. If we cannot count on your bust for 14th Nov…we hope at least that you would be able, Madame, to give us the plaster [cast], and upon your departure, authorization to print your name on the temporary pedestal….

Born into a well-respected Sephardic family, Cécile Furtado-Heine (1821-96) was a French Jewish philanthropist renowned for providing financial assistance to many charitable causes. Her grandfather was Joseph Furtado, the rav of Bayonne, and her father was the nephew of Abraham Furtado, a Parisian banker who also served as secretary of the “Grand Sanhedrin” that Napoleon famously convened.

In 1838, she married Frankfurt banker Charles Heine, the cousin of German poet Heinrich Heine, and, upon the death of her husband in 1865, she inherited a vast fortune and began her significant philanthropic activities.

Cécile’s charitable works include supporting the Red Cross and funding and organizing an ambulance service for the repatriation of the wounded during the Franco-Prussian War; creating an annuity for a children’s hospice; financing a Bayonne nursery school; donating her villa in Nice as a convalescent home for ailing French expeditionary forces returning from Madagascar; and, as we see from our featured correspondence, endowing the Pasteur Institute (where a plaster cast of her likeness still adorns the hall).

She was also active in supporting Jewish charities, including making important contributions to the construction of a new synagogue in Versailles. During the service for the dedication of the synagogue, Parisian Grand Rabbi Zadok Kahn extolled her virtues, stating that her name belongs on the list of virtuous Jewish women who should be remembered for all time, and the front cover of the dedication book published in honor of the occasion contains the famous verse from Proverbs 31 in her honor: “Many daughters have done valiantly, but you have exceeded them all.” Two plates of red marble, one in Hebrew and one in French, are located at the synagogue’s entrance as a tribute to her.

Cécile’s philanthropy earned her the rank of Officer of the Legion of Honor (1896), a very rare honor for a woman at the time. Her death was marked by a public mourning that included French President Felix Faure, and Rav Kahn delivered the eulogy at her funeral.

Another important Jewish patron who helped launch the Pasteur Institute was Daniel Iffla-Osiris (1825-1907). Born in Bordeaux into a Jewish family of Moroccan origin, he made his fortune in Paris investing in the Spanish railways, which earned him the citation of the Order of Isabella. A student of archaeology who collected Egyptian relics, he changed his name to Iffla-Osiris after the Egyptian god of light and health.

Iffla-Osiris not only was a major supporter of the Institute during his lifetime but also bequeathed it much of his incredible fortune along with his impressive collection. He attributed his passion for philanthropy – which commenced in earnest after his wife died a year after the birth of his two children (1855) – to the mitzvah of tzedakah.

Like Cécile Furtado-Heine, he also built several synagogues, including the Buffault Synagogue in Paris and shuls in Vincennes, Tours, Tunis, and Lausanne (per a posthumous bequest). “Place Daniel Iffla-Osiris,” a square in Paris, was officially dedicated on June 27, 2018.

Beginning in 1891, the Pasteur Institute opened facilities in different countries, and currently there are 32 institutes in 29 countries in various parts of the world. The Pasteur Institute for Health, Medicine, and Biology in Palestine was founded in Jerusalem in 1913 by Leo (Aryeh) Boem, a young Zionist physician who had made aliyah from Russia and commenced operations with the support of the World Zionist Organization.

Boem’s ambition was to establish the Institute consistent with Zionist aspirations to develop a national entity incorporating a strong scientific foundation. The importance of a biological lab in Eretz Yisrael found expression even in early discussions at the Zionist Congresses; in fact, Professor Steineck – a character in Herzl’s novel Altneuland (1902) – was head of a bacteriological laboratory modeled after those of the Parisian Pasteur Institute.

The Pasteur Institute (Boem adopted the name without the knowledge of the original entity in Paris) was part of a health complex that included a mother-and-child health center operated by Hadassah and sponsored by noted Jewish philanthropist Nathan Strauss. Notwithstanding complications created by the British Mandate Authority, it performed standard microbiological activities, including the production of cholera, smallpox, and rabies vaccines for the population of Eretz Yisrael (which were also used by the Ottoman military forces).

In 1928, chafing under the British Administration, it claimed independence and was increasingly denied support by the British Department of Health in Eretz Yisrael.

US Welcomes Serbia’s Declaration of Hezbollah as Terrorist Organization 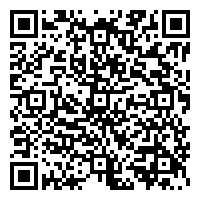