Are these silver Torah ornaments worth anything? Thanks in advance for getting back to me.

In the four years that I’ve had this column in The Jewish Press, my answer to your question will be, by far, the most helpful to readers of this column of any question I’ve ever been asked up until this point.

You sent me photos of a silver Torah shield and a pair of silver Torah finials, each made in the distinct style of 18th-century Torah ornaments from Germany. However, the workmanship on both the shield and finials are of a much lower standard than what should be seen on pieces from that period. I asked you for close-up photos of all the hallmarks you can find on your pieces, which you quickly provided, and my suspicions were confirmed: What you have are late 19th-century Torah implements from Germany made in the style of 18th-century examples. Confused? You have every right to be, as your type of German silver item has given collectors, dealers, and historians immense stress and financial losses since the time they were created! Let me explain…

Beginning around the year 1600, the leaders of the city of Hanau in Germany sought to increase their tax revenue, and with various incentives, lured skilled gold and silversmiths based in other parts of Germany to Hanau, as this profession was one where taxes could easily be collected, and in good economic times, in substantial amounts that would benefit the city these artisans would reside in. The silversmiths that came to Hanau began copying old Dutch and French silver objects in such fine detail that even the hallmarks of those countries would be copied, although slight differences were made to said hallmarks. When French authorities complained about this practice to German leaders, they were ignored, and for a time, these Hanau silversmiths were quite successful, up until around 1700.

Tastes of the public changed, economic uncertainties came about, and the fashion of copying older silver wares waned for decades – until the early 19th century. A silversmith known as J.D. Schleissner moved to Hanau in 1817 and began making silver in the style of objects that hailed from the city of Augsburg, and he was successful in his livelihood. Decades later, the industrial revolution brought wealth to people worldwide, and after the defeat of France by Germany in the Franco-Prussian war of 1870-71, France had to pay huge sums of money to Germany. Consequentially, there was a tremendous economic boom, and many Germans wanted to show off their wealth by building lavish homes and filling them with heavily decorated objects, including antiques. This is where Daniel Schleissner, the son of J.D. Schleissner, comes in.

Not only was he a skilled silversmith, he was a historian in his own right, and sought out both private and public collections of antique German silver to study. He used the knowledge he acquired and combined it with modern manufacturing methods such as stamping out pieces of silver as well as types of casting that could quickly be done, and then, Daniel Schleissner began churning out attractive silver objects that appeared to be of the desired “old style.” The demand for his wares became great, and the Schleissner studio was producing many pieces for an eager German public. All these pieces had hallmarks that appeared to date from the 17th and 18th centuries, but upon close examination and comparison with original hallmarks, were clearly not – they were copied with just a little bit of difference and today are known as pseudo-marks. Unscrupulous antique dealers in Germany at that time began buying pieces made by Daniel Schleissner, and would re-sell them as authentic antiques at a significant markup to unwary collectors. This created a huge level of confusion and anger among the public, but when Schleissner was confronted, he protested that he never claimed to sell antiques, he was simply making objects in the “antique style.”

Schleissner’s studio, as well as other silversmiths in Hanau, would make all types of silver items, including Judaica, in this “antique style,” well into the early 20th century. Today, for some novice and even experienced collectors (and unfortunately, some dealers), the piece of Judaica they think they’ve acquired as originally hailing from 18th-century Germany sometimes was made in the late 19th or early 20th century in Hanau. It can take many years of handling both 18th-century and late 19th-century silver German Judaica to have an understanding of key differences there are between both types.

Here are some general guidelines, but note, these are not rules, as there can be exceptions.

1) Eighteenth-century German silver kiddush cups, spice towers, Chanukah menorahs, and Torah implements tend to have superb, handmade workmanship for the decorative elements. There could and should be cast parts, but these pieces tend to be quite detailed, as the level of casting should be quite high. Late 19th– and early 20th-century examples of the aforementioned German pieces are of a lower quality, as the workmanship heavily relied solely on casting, and at best, hand-finishing the cast piece to show more detail.

2) Eighteenth-century German silver Judaica typically is made of rather thin, lightweight silver. The much later Hanau-made objects tend to be of a very thick, heavy silver, sometimes astoundingly so, which many people instinctively point to as “proof” of quality and hence, significant age, but in reality it’s the opposite.

3) Hebrew engraving on 18th-century German silver Judaica, especially on Torah implements, is very well executed; many times it’s truly beautiful. For the Hanau-made Judaica, the Hebrew engraving is average at best, and sometimes it can be rather poor and amateurish in its execution.

4) Hallmarks on 18th-century German silver, including Judaica, tends to consist of a letter for the city, such as “N” for Nuremberg, and a maker’s mark consisting of the last name or the initials of the silversmith. The letter and maker’s mark should be worn, often very much so to the point where half the mark or more has disappeared. The letter should be quite flat from age and wear. On Hanau silver, the same “N” will be more pronounced, showing little wear if any, and there will be differences in the “N” itself when compared to the 18th-century original hallmark.

However, there is some good news to be had (finally!), as there are collectors today who are perfectly content with buying a piece of Hanau Judaica, as it comes at a fraction of the cost of what an 18th-century piece of Judaica would be. Your Torah shield has a value of $2,000-$3,000. If it were an original from the 18th century, the value would be at least ten times that estimate. Unlike your Torah shield, which is in excellent condition aside from missing two bells (a professional polishing would really enhance its appearance), your Torah finials have some missing and broken parts. In the current condition your finials are in, the value is about $800-$1,000. If your finials were 18th-century originals with no missing or broken parts, the value would be at least 20 times that estimate. 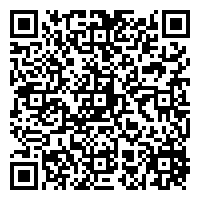