Even as the Holocaust was raging, Jewish life in Hungary proceeded apace until 1944 when most of the country’s Jews were rounded up and sent to their deaths.

There was a feeling in the air before then that the Germans were losing the war and it was only a matter of time until the Allies were victorious. Unfortunately, despite the Germans’ declining fortunes, from May 1944 through the end of the Holocaust, over 565,000 Hungarian Jews were murdered.


Because of Hungary’s relative safety in the first five years of the war, numerous sefarim were amazingly published there even as the Holocaust ravished Jewish life elsewhere. Many of these sefarim note the events engulfing Europe and the threat of death hovering over Jews.

I acquired one of these sefarim this week, a copy of Masechet Pesachim published in Miskolc, Hungary in 1941. This volume includes an approbation from R. Yoel Teitelbaum, the av bet din of Satmar at the time, who writes:

“Since, due to our many sins, the Jewish communities have been destroyed, those who were involved in the publishing of sefarim were taken from us and those involved in holy printing were obliterated from this world, may G-d the merciful have pity on us.

“Thus, there is a lack of sefarim and gemarot for the rabbis, the yeshivot, and the students, and we must worry for the decline of Torah study…therefore he is publishing individual tractates to supply the need.”

The father of the publisher, R. Shlomo Zalman Ehrenreich, the rabbi of Miskolc, wrote similarly in his haskamah, “Due to our great sins, the wars and destruction currently raging in the world have caused many thousands of sefarim kedoshim and Shasin to be burned and destroyed. In addition, the printing in the country of Poland has halted…” 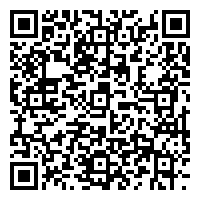