It is always exciting when I manage to acquire a fine collection of rabbinic letters, and a collection I acquired this week was no exception, doubly so, as this collection included letters by the half of the population often neglected by the collectors in today’s market. Among many letters by prominent letters by famed rabbis of old, were included several letters by prominent women, wives and mothers of famous men, and famous in their own right as well.

One such item in the collection was a group of postcards written by Rebbetzin Shterna Sarah Schneerson, the wife of the fifth Lubavitcher Rebbe, Rabbi Sholom DovBer Schneerson, and mother of the sixth Rebbe, Rabbi Yosef Yitzchak. Written to Mushka, daughter of R. Dovid Tzvi Chen (The Radatz, rav of Chernigov, Ukraine. 1846-1925) and her family, the postcard in appended scan is concerning several matters: her son the Rebbe, a bar mitzvah, and other family affairs. 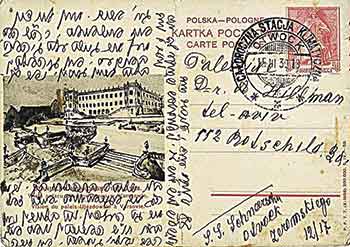 Rebbetzin Shterna Sarah Schneerson fled the advancing front of World War I from Lubavitch to Rostov, with her husband. In 1915, as the fighting in World War I neared Lubavitch, her husband, R. Sholom DovBer Schneerson, moved to Rostov-on-Don. As Bolshevik forces approached Rostov he considered moving to Palestine, which was part of the Ottoman Empire at the time, and prepared all the necessary paperwork; his only extant picture comes from his Turkish visa since he usually refused to be photographed. But eventually, he decided to stay in Rostov, where he died on 21 March 1920 (2 Nisan 5680).

In 1927, Rebbetzin Shterna Sarah Schneerson witnessed the arrest of her son by Stalin’s henchmen, when he was taken away and sentenced to death for his efforts to keep Judaism alive throughout the Soviet empire. Eventually, he was reprieved and released and the family resettled in Latvia and later, Poland; in 1940, they survived the bombing of Warsaw, were rescued from the Nazi-occupied city, and emigrated to the United States, where she passed away two years later. 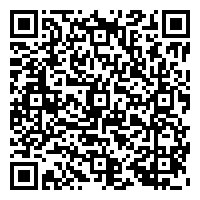