Seventy-eight years ago, on October 9, 1941, an important date in Holocaust history, Romanian dictator, Ion Antonescu, issued his order to forcibly remove the Jews from their homes in Bukovina and Romania. The Nazis and their Romanian allies carried out this order and Jews were sent by train and on death marches to the area in the Ukraine known as Transnistria. They were there for two-and-a-half years until the spring of 1944 when the Russian army liberated them. Since 2004, this date has been known in Romania as National Holocaust Commemoration Day.

When I agreed to accompany my dear friend Ilana on her journey to search for her family’s roots and to find answers to the questions about what had happened to them during the Holocaust and after, I could not have foretold how much sadness and tragedy could befall one family, and what an enormous amount of information existed within the tomes of historical volumes.

On the three-hour drive from the airport in Iasi, Romania, we gradually traveled “back in time” toward the countryside of Bukovina, more specifically, the small city of Suceava. Along the way we passed the beautiful, closed-up synagogue in Falticeni. I wondered what the young children who see this lovely old synagogue, which survived destruction during the war, must think about the antique building with its Star of David facing them from above. We also passed the train station of Podu Iloaiei, where in late June 1941, one Romanian woman, Viorica Agarici, attempted to reduce the suffering of Jews bringing them food and water.

The bumpy roads lined with thousands of sunflowers low in the early summer season, reminded us of the film, “Everything is Illuminated,” which describes a Holocaust survivor’s grandson as he searches for his family’s roots – what my friend and I were doing on this journey.

We met very special people as we navigated this quest for history: a young lawyer, a university colleague of our friend; a photographer (we had met him two years earlier as we journeyed in the footsteps of the Bukovina Jews, but that is another story), and a land engineer who traipsed around with us for three hours, on two different occasions. He wanted to be sure he had located the streets formerly known as Strada Mare and Strada Doue, now called December 22 and Plevnei Streets. They where were Ilana’s grandparents and great-grandparents had lived in Burdujeni, formerly a Jewish neighborhood before WWII.

Today very few people recognized these street names. Our engineer friend found them with the assistance of a 76-year-old woman who herself just happened to have lived in the Jewish neighborhood as a child.

Another amazing person we met was Daniel, a young Roman-Orthodox social worker at the Suceava Jewish Community Center. He would do everything he could to attempt to bridge a very difficult relationship between Ilana and her long-lost cousin, Avram, who had been given to a Roman-Catholic orphanage by his Roma (Gypsy) mother at 8 days old, and whose Jewish father, Moshe had died when Avram was seven.

Moshe, Ilana’s mother’s older brother, was a survivor of Transnistria, and had emigrated to Israel after first serving some time in a Romanian prison for an alleged white-collar crime. He never really acclimated to life in Israel and moved back to Romania, getting stuck behind the Iron Curtain of Communism and marrying this Roma woman. He died basically homeless, living in the Jewish Center in Suceava that we went to visit.

It was seeing this cousin, who is today in his 40s, one of the youngest children of survivors (his father was 58 when he was born), which brought us to Eastern Europe.

How did she even know about him? Well, after Moshe died, Avram would visit his grave and cry. One time while there, he met an Israeli couple, who after hearing his story made contact with an aunt in Israel, but nothing much ever happened. Avram was notified when his and Ilana’s grandmother died in Israel. He was 12 at the time and did make inquiries at some point about an inheritance, but as the will did not mention him, there was nothing given to him.

It would be decades before Ilana was told about him. However, once she was aware of his existence, she began sending him money. It seemed there might be some funds or property belonging to his parents, but as his father’s last name was not on any official records, he couldn’t claim them either. This complicated trip was to see what could possibly be done to help him – including if necessary, a DNA test to prove that he was a family member.

While searching for any potential DNA matches, Ilana learned about the fascinating history of several of her relatives, great-uncles and cousins she had known little or nothing about. One of them, Ira Lupovici, (her mother’s uncle), was one of the victims of a little-known pogrom in the tiny village of Zaharesti, Romania, about 20 kilometers from Suceava. It had taken place on July 1, 1940 and was connected to the better known pogrom in Dorohoi, which had occurred the day before. In Zaharesti, Commander Valeriu Carp and his men, who were responsible for carrying out the Dorohoi pogrom, rounded up approximately 36 Jews, some from the Zaharesti and others brought in from neighboring villages and brutally killed them.

At some point, Ira’s family from Burdujeni, the Jewish neighborhood near Suceava, received permission to exhume the mass grave, and give Ira a Jewish funeral. Eventually, a gravestone for victims of the Zaharesti pogrom was placed in the Suceava cemetery next to the Memorial for the Jewish Heroes of WWI.

Another discovery was the that of Ira’s son, Yoshua or Shico, who had been born in the village of Banila, Romania, had made his way through Italy during the war and on to Israel. There, he enrolled in a pilot’s training course and joined the newly-formed Israeli Air Force. He served in the War of Independence in 1948, until a medical condition grounded him. He left Israel, perhaps because of this, and traveled to Brazil. There is speculation he was among the groups sent by Israel to ferret our Nazis living there and in Argentina. Either way, he came to an uncertain end, under unclear circumstances, dying at the age of 31 in Sao Paulo.

On October 9, 1941, after the summer of horrific pogroms, the Jews from Bukovina were forcibly deported to Transnistria. Ilana’s grandparents managed to survive the horrible conditions there and returned home in the spring of 1944 after being liberated by the Russians. Ilana’s mother emigrated to Israel on December 27, 1947, via Cyprus, and joined the army soon after her arrival on March 24, 1948. The rest of the family remained in Burdujeni until 1959, when they finally made aliyah. Ilana’s great-grandparents passed away, her great-grandfather of illness before the deportation and her great-grandmother of typhus in Transnistria.

The second and third generations of the family in Israel and abroad have brought nothing but honor to a family name that had existed in peace and harmony in the quiet lands of Bukovina in Romania.

“Everything is Illuminated”, film (2005) by Liev Schreiber, based on the novel of the same name by Jonathan Safran Foer, Houghton Mifflin, 2002, Wikipedia.org

“The Killings in Transnistria”, ISurvived.org

*Author’s note: Most of the horrific pogroms that occurred in Bukovina, (Romania, Ukraine, Moldova, Bessarabia) were from June-July 1941, one year after Dorohoi and Zaharesti. 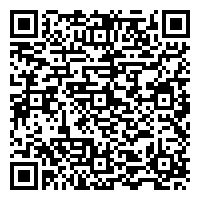