By the grace of God, the second round of Israeli elections for 2019 is over. Unfortunately, that does not mean we now have a shiny new government. Until such time that a new one is formed, the old one is still the official governing body. If I were a wise woman, I’d wait a bit before writing this piece. However, in the publishing world, wisdom gives way to deadlines, and so ready or not, one writes away, hoping that reality will not make our undoubtedly brilliant observations obsolete before they reach the printed page.

After a confusing and conflicted pre-election campaign, we had hoped that perhaps, there would finally be some clarity. But ‘twas not to be. At the moment (it may change by tomorrow), what exactly will be is anyone’s guess.

Perhaps a strong, unified Right government which can finally get around to the job of governing will be formed (questionable). Or maybe a wobbly just-passed-the-bar Right government will be chosen and will have to expend much needed energy on simply staying in power (more likely). Or a Leftist coalition, which will either fall apart shortly after the elections or will drag us to places we’d rather not go, will be our fate. We might even find ourselves with a not-quite-united unity government. Or, Heaven save us, no government at all, in which case we can prepare for a third round of elections (chas v’chalila!).

I hope I am thoroughly, completely and utterly off course, disproved and downright wrong on all negative counts. I hope and pray that a strong, united Right will emerge and things will move forward. Although I admit, short of an open miracle, this does not seem like much of a realistic possibility.

Fortunately, I am not much of a realist. Or I am, but it’s realism of a different sort. We live in an alma d’shakra – a world filled with falsehood. Like the Presence of God Himself, truth is concealed under heavy layers of darkness and seeming evil. They used to say you can’t believe everything you hear, but seeing is believing. Nowadays, you can’t even believe what you see. Digital distortion rearranges our reality. We only see that which Photoshop, the media and the internet have redesigned. So, if both our eyes and our ears are no longer dependable sources of information, what then can we believe? There is only one bastion of truth to turn to.

The Zohar teaches that a sliver, a speck, a pinpoint of truth is concealed under every falsehood. Like diamonds hidden in the dirt, these specks are waiting to be salvaged and cleansed so their light can shine through. All the travails we are experiencing are part of the process of purification. Step after step, level after level, grime is removed and a trifle more truth is free to shine forth.

Why is all this necessary when a few good open miracles would save us so much heartache and suffering? Well, perhaps because open miracles don’t last long. We had our portion of open miracles in 1967. Like Biblical miracles, they worked for a few weeks. Then, just like our ancestors, we forgot they were miracles and we “explained” them away. (Our ability to rationalize and “explain” are amazing!) The medrash tells us that when God split the Red Sea, in the midst of one of the greatest Biblical miracles, the Jews were complaining! Open miracles are good for a few highly charged moments, and then they dissolve into natural events. Evidently, we have to go through all the normal procedures and experience doubt, suffering, challenges and still remain firm in our emunah. Only then are we able to internalize – to eternalize – Hashem’s actions in our world. Who said life was simple?

It is said in the name of the famous Kabbalist, Harav Kadouri zt”l, that Moshiach will come when there are elections, but no government. I don’t know if it’s true or not, but it’s uplifting anyway. No one knows what’s in store, but even when things look murky, a Jew views the world with the “good eyes” of Avraham Avinu, not the ayin ra’ah of Bilaam haRasha. And while we’re looking, we murmur gam zu l’tova, even when it doesn’t look that way. And if the going really gets rough, we declare Li’yeshuatcha kiviti Hashem and Ani ma’amin… I await your salvation, God, and even if it is slow in coming, I continue to believe. Kol mah d’avad Rachmana, l’tava hu d’avad…. All that God causes to happen is for the good.

Sukkot is a great time to practice emunah. As we leave our permanent, solidly structured and richly furnished homes (even the less affluent among us today live in “richly furnished” homes compared to previous generations) and move into fragile, roofless homes for seven or eight days, we are again reminded that what we construct, be it a home or a government – is only a temporary structure. But when we dwell under the protective shadow of the Shechinah, flimsy though the roofs may seem, they will withstand all winds and storms.

So, here’s to a new, solid, sensible Israeli government, if not with 120 members of a functioning Knesset, then who knows, perhaps with 71 members of the Sanhedrin HaGadol!

Either way, Moshiach is on his way. Although he is momentarily hindered by all the bumps in the road, those diamonds hidden under all the debris are waiting silently to be revealed so their glow can illuminate his way. Once we clean up the road – and our act! – he can travel that much faster. Chag Sameach! 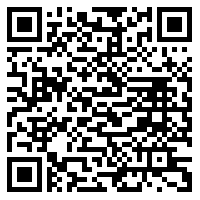