In our January 25 issue, we profiled the Baron Hirsch Synagogue in our new column “A Shul with a Story.” We asked readers to submit stories about synagogues from their past.
Here is one such submission by Pesach-Yonah Malevitz, Miami Beach, Florida.

The last time my wife, Zelde-Miryam, and I were in Chicago, we went to the see the former Jewish section of Albany Park. Among the places we wanted to see, was the former building of Congregation B’nai Israel at 3140 West Lawrence Avenue, a shul that was and is very close to our family’s hearts. When we arrived at the location, however, we saw that not only had the small shul been knocked down, a “strip-mall” had replaced the entire block.

My story, however, begins much earlier, at the shul’s original location (pre mid-1950s) at 1134 South Francisco Avenue in the previous Jewish west-side neighborhood of Douglas Park.

In the mid 1930s, the Sisterhood of Congregation B’nai Israel, most of whose members were over the age of 55, held a special meeting where they discussed how to encourage their young daughters and granddaughters to become more involved with the shul. The Sisterhood arrived at the decision to create the “Young Ladies’ Club of Congregation B’nai Israel,” where there would be interesting activities for young women in their late teens and twenties. My mother, Yehudis, age 18, and her best friend, Henya, joined the club. Although it was originally formed for the benefit of the daughters and granddaughters of the shul members, it was open to any neighborhood girl who wished to participate. The concept was an instant success, and the Young Ladies’ Club grew and thrived. My mother became the club’s corresponding secretary and a member of the board.

As the years went by, the members of the Young Ladies’ Club chose to keep their name, although they, themselves, were becoming middle-aged. By the time Congregation B’nai Israel sold it’s building in Douglas Park and moved to their new home, a former Jewish funeral chapel on Lawrence Avenue between Troy and Kedzie Avenues, the sisterhood had dwindled to a handful of elderly women. If a woman were interested in becoming active in the shul, she would be more apt to join the more dynamic and vibrant Young Ladies’ Club.

With the exodus of Albany Park’s Jews in the 1970s, Congregation B’nai Israel was unable to avoid the fate of the neighborhood’s other shuls and had to close. By that time, all of the sisterhood members had passed away, and the average age of the “young ladies” was around 60. Rabbi Israel Karno, who had served the shul for many years, made aliyah.

Even though their shul no longer existed, the “young ladies” remained friends, often seeing one another. Today, as far as we know, none of the young ladies are still with us. But many of their children – all in our 60s and older – still stay in touch, keeping the legacy of Congregation B’nai Israel alive. 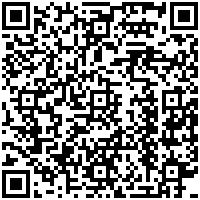