There is hardly a Jewish child who has not been taught the story in the Talmud (Kiddushin 31a) of Doma Ben Nesina. He was the son of a jeweler who refused to wake up his sleeping father when representatives of the Beis Hamikdash (Holy Temple) came knocking on his door, wishing to buy certain precious stones for the Kohen Hagadol’s breastplate (urim v’tumim).

It so happened, that the key to Nesina’s diamond vault was lying under his pillow and Doma refused to wake his father, even at the cost of a fortune in a lost diamond sale. As a reward, the very next year, representatives of the Beis Hamikdash once again came to Doma, searching for a parah adumah (red heifer) that was in his father’s herd. This time his father was not sleeping, and the previous year’s loss was fully recouped, and then some. The Talmud lauds this selfless act of kibud av (honoring one’s father and mother).

The landlord sued to remove Mrs. Houpouridou from her rent stabilized apartment due to the fact that she had spent several years in Greece looking after her sick mother who eventually died in Greece. Upon her mother’s demise, Houpouridou sought to return to her apartment, but the landlord claimed she had abandoned it, as it was no longer her primary residence.

The decision rendered by the three-judge panel was to allow her to remain in the apartment. Moreover, one of the members of the panel, Judge Douglas McKeon, while in full sympathy with Houpouridou, not only restored her to her apartment, but in a most poignant, and yet pointed mussar statement, expounded in his concurring opinion:

“… There was a time in many cultures when the care of a sick or elderly parent by a child was the hallmark of familial responsibility. But, according to that frequently uttered refrain, times change. Mothers or fathers, sometimes both, would often live under the same roof with their offspring and the hands-on care provided would be substantial. To the outsider, considerable sacrifice seemed involved, but for the caregiver child, the care of mom and dad was the natural progression in life’s journey; those who reared and raised, and gave life, would be comforted and looked after in the twilight of their own. Sad to say, as with so many old-fashioned values, adherence dims with each new generation, and parental care in some instances has been reduced to an occasional call to a nurse’s aide or an infrequent, obligatory visit to a nursing home.

But there are those, undoubtedly dwindling in number who remain students of the old school, staying true to basic traditions and still giving life to words now seldomly spoke: “my mother will never go to a nursing home.” (Tenant) is one of those rare individuals and her heartfelt decision to travel to Greece to be at her mother’s side during a final illness should not visit upon her the draconian penalty of forfeiture of her long-held regulated apartment.”

Indeed, all of us can learn a lesson from this case, of what devotion to a parent entails.

Rabbi Schwab, a congregational rabbi in Baltimore for many years, recalled that a member of his synagogue, who was at least 80 years old, never said Kaddish after his father, and Rabbi Schwab asked him why? The man replied, “My father was a no-good bum, who had beaten my mother and was, therefore, not deserving of a Kaddish.” Rabbi Schwab replied, “You have it all wrong. The mitzvah of Kaddish for a father is not a mitzvah based upon returning a favor to a loving parent. It is the fulfillment of the mitzvah of kibud av, which is no less a mitzvah than all of the other 613 mitzvos. Your father’s conduct, although reprehensible if true, is not the criteria for your saying Kaddish”.

Rabbi Schwab then continued, “Recall the very last words of Moshe Rabbeinu as he addressed the Jewish nation before his petirah. He said, “ve’al bomosamo tidroch,” a most enigmatic expression. Literally this means, “You (Klal Yisrael) shall tread on their (the other nations’) heights.” He explained that Moshe told the Jewish people that the maximum of benevolence (the heights of chesed) found among the gentile nations is where the minimum of our chesed starts, i.e., Klal Yisrael treads upon the gentile nations’ heights.

Doma Ben Nesina presumably loved his father who must have been a wonderful provider and parent. In return, Doma achieved the heights of kibud av by foregoing substantial monetary gain in deference to his father’s sleep. This, said Rabbi Schwab, is the meaning of the Doma Ben Nesina story: “the maximum of the gentile’s kibud av reaches to where Klal Yisrael’s minimum kibud av’s obligation begins.” Kaddish must always be recited after a parent!

How much more so when a parent is also kind and loving do the words of Judge Douglas McKeon ring so true.

I would like to thank my colleague Scott E. Mollen, Esq. the real estate law columnist for the New York Law Journal, for bringing this decision to my attention.

Daniel Retter practices law as counsel to Herrick, Feinstein, LLP, and is a contributor to the Jewish Press. 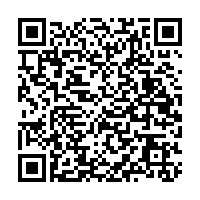