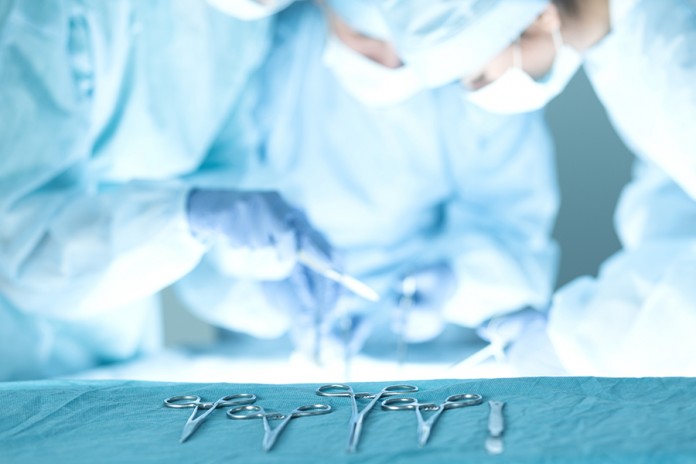 It was a winter evening in 1992, five years into the first Intifada, when rock throwing and rioting had become routine in Israel. Rabbi Yaacov Libi and some fellow teachers were coming home from Jerusalem when it happened. Red streaks of bullets came flying towards their car. Instinctively, as if he’d been practicing for such an event, he raised his hands to protect his head. The bullets hit his arm.

Three weeks and three operations later, he returned home from the hospital to recuperate emotionally as well as physically. He was angry, very angry, and he longed to know that the terrorist who had fired at him would receive a just punishment. He managed to focus on the fact that not all Arabs were terrorists and decided he’d been given a test. Could he do good in the face of evil? Would he keep his humanity despite the assault? Almost 30 years later he had his opportunity to find out.


As he neared the age of sixty, Rabbi Libi had time for introspection. With the privilege of hindsight, he was able to understand that many occurrences that had originally appeared as misfortunes were, in fact, blessings from the Almighty. He decided it was time to show his appreciation to his Maker. The question was how. The idea of donating an organ first began to germinate.

In 2009, Rabbi Avraham Yeshayahu Heber, zt’l, founded the Matnat Chaim organization in Israel. A recipient of a kidney transplant, he understood firsthand the difficulties of dialysis and the need to facilitate the transplant process in Israel.

It was from Matnat Chaim that Rabbi Libi learned that kidney transplants are reasonably safe procedures. Potential donors are screened carefully to check that their kidneys are healthy. If accepted, the donor can usually manage a long life with just one kidney. As Rabbi Libi did more research, he became convinced that donating a kidney was what he wanted to do.

First, he needed to undergo a whole battery of tests. To his chagrin, he was rejected because his blood pressure was 120/90 instead of 120/80. Perhaps G-d didn’t want him to donate a kidney? He had a “chance” meeting with Rabbi Haber and the transplant expert suggested that he try turning to a different hospital.

At this point, he was already sixty-two years old, close to the cut-off age for donating a kidney, but he took Rabbi Haber’s advice. Once again, he had to undergo all the tests. Thankfully, this time he passed them.

However, it was now 2020 and Corona had come into the world, complicating everything. Among the many victims was Rabbi Haber, who sadly died at age 55. Still, kidney transplants continued despite all the Corona restrictions, and a search for a good match for Rabbi Libi’s kidney began. A 76-year-old man was first suggested as a possible recipient, but the older man was deemed unfit to undergo surgery. Again, Rabbi Libi wondered if he was indeed meant to donate his kidney.

He was pondering this for a week when he received a phone call from his daughter-in-law, telling him that her father was seriously ill, needing dialysis and hoping for a kidney transplant. Rabbi Libi’s reaction was instantaneous. I’ll donate mine!!!

No! His daughter-in-law’s reaction was just as immediate. I don’t want both my father and my father-in-law in surgery at the same time. Besides, her father had a friend who was willing to donate. Not wanting to upset her, he let the matter drop.

It turned out, though, that her father’s friend was not a good match and Rabbi Libi was. So, the daughter-in-law reconciled herself to having her two fathers undergoing operations together. They were compatible, and a date was set for two months later. Finally, Rabbi Libi was going to realize his dream, and help his family. At last, things were moving in the right direction.

Then he got a phone call from the woman responsible for scheduling the transplants.

I have a request for you, but you must feel comfortable to tell me no if you don’t want to do it.

What was the request? Instead of donating his kidney to his family member, he was being asked to donate it to Mr. X. In turn, Mrs. X would donate her kidney to the family member. She was not a good match for her husband, but she was for Rabbi Libi’s relative. It would also be better for the relative as Mrs. X was in her forties, so naturally, her kidney was younger and in better shape.

The woman couldn’t give a name but informed him that Mr. X was an Arab living in East Jerusalem. Rabbi Libi was taken aback. What would his daughter-in-law’s father think? What did he think? Was this an Arab who cheered and passed out candies when there was a terror attack against Jews? Did he want to wipe Israel off the map? Had he or a relative perhaps shot the bullet that hit Rabbi Libi? This was a decision he could not make on his own. He turned to a leading nationalistic rabbi, and Rabbi Libi was surprised with the answer.

There’s no question! An Arab is a person. You have an opportunity to save two lives. It’s good for your relative and it’s good for a stranger.

Surgery was again scheduled. Four operating rooms would be needed simultaneously since the recipients needed to receive their new kidneys as soon as possible. The date available was shortly before Rosh Hashana. And then another phone call. The one responsible for all the transplants in Israel had a new request.

Could Rabbi Libi donate his kidney to a different Arab, this one a Bedouin teenager. Why? Rabbi Libi had a blood type that was compatible with most patients. If he agreed to the change, the opportunity to do eight transplants would open up. How could he say no?

Sixteen operating rooms were scheduled for four days after Rosh Hashana. Rabbi Libi was flying high with excitement and then he came crashing down to earth. On Rosh Hashana eve his daughter was diagnosed with Corona. They had been together, and he needed to go into isolation.

Instead of sixteen surgeries there would be fourteen. The teenager agreed to wait until after Rabbi Libi finished his isolation. Three weeks later Rabbi Libi and Ahmed, the Bedouin adolescent, realized their dreams.

This was Ahmed’s second time receiving a transplant. Two years earlier his body had rejected the first one and he had been on dialysis ever since. Thankfully, this time his body accepted the kidney, and he would be able to live a life free from the dialysis machine.

All sixteen surgeries were successful. Rabbi Libi recovered quickly; his only restriction was that he couldn’t fast for a year due to his need to constantly hydrate. As far as he was concerned, that was a small price to pay for the emotional high of helping to facilitate the health of eight individuals, seven of them strangers.

However, he and Ahmed did not remain strangers. A week after the surgery, Rabbi Libi made his way to the Kotel, where he prayed for his health and the health of the fifteen others who had joined him on his journey. From the Kotel he and his wife drove to the hospital to visit Ahmed. Together, they entered his room bearing a present of sweets. The teenager, still bedridden, was shy and grateful. His father rose to greet Rabbi Libi, expressing his heartfelt gratitude.

Full of enthusiasm, Rabbi Libi told Ahmed, “I took good care of my kidney for sixty-three years while it waited to give life to someone else. Now I want you to take good care of it and live a good life.”

Overcome with emotion, Ahmed mumbled Todah and admitted that it was a very small word for his enormous feelings. The teenager, his father, and Rabbi Libi posed together for a picture. No doubt they were smiling, but those smiles can only be seen in the gleam of their eyes since all three were wearing Corona masks.

What will Ahmed’s future bring? We have no way of knowing. We only know that Rabbi Libi passed the test he set for himself nearly three decades earlier. He managed to keep his humanity and help give life to eight precious souls. He succeeded in doing good in the face of evil. 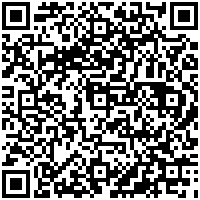