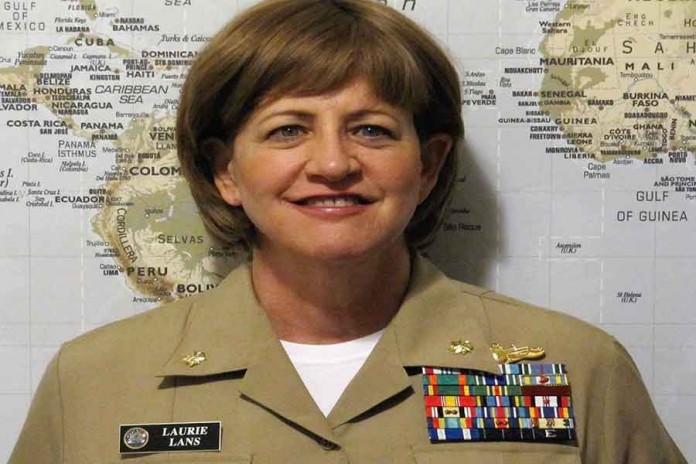 Seven religious men, all in their 20s, from Flatbush, Brooklyn wanted to observe Shabbos last week while vacationing on Wellesley Island in northern New York’s Thousand Islands region. However, five hours before Shabbos the young men realized they forgot to bring challah, grape juice, kugels and other traditional foods for a Shabbos meal, and they had to act fast to get out of their predicament.


They tried calling the store to find out if there was any way there was a direct pipeline to get the food they desperately needed for Shabbos sent to northern New York.

“We called Shmuel Kochman, who runs the kosher department at the Albany store,” Mark Garfinkel, 21, told The Jewish Press. “We asked him if there is any way he could get us challah for Shabbos. Shmuel said it’s five hours before Shabbos; there’s no way such a thing could happen.”

So what are seven hungry young men to do?

“We called up a Chabad rabbi who hooked us up to the Chabad rabbi at the Army base (Fort Drum, 10th Mountain Division) and his wife baked us fresh delicious challah, gave us grape juice, matzah, the whole deal,” Garfinkel said.

All was not lost.

“You get these bochrum who come up because they’re cute, wild and young – and they go, ‘Oh we have to get ready for Shabbat, and another says what time is it? We’re not going to get home in time.’” Leah Bracha (Laurie) Lans, rebbetzin of the Fort Drum Jewish Congregation, said. “Then they call up and say we need challah, we need grape juice and we need food.”

Lans is a retired Lt. Commander Intelligence Officer with the U.S. Navy and is the wife of Rabbi Moshe Lans, 45, who serves as the military chaplain for the U.S. Army base known as Fort Drum. Rabbi Lans was waiting for permission from military brass to be a part of the interview. At deadline, we were still waiting.

“When they called, I was showing a Jewish woman with her kids how to bake challah,” the rebbetzin recalled. “Moshe called up and said I think we have about 10 guys coming over could you bake some challah for them? So I had to get out 10 pounds of flour and bake 10 pounds of challah for the bochrum because with bochrum they tend to be very hungry. I baked a lot of challah for them and Moshe got them grape juice. They’re very young so we’re not going to give them wine. We can’t have that kind of responsibility, just to play it safe. My husband said they were cute, they were like teenagers. That was it. Jews headed for the Thousand Islands usually bring their own food. Bochrum don’t do that.”

Lans says she gets calls like this during this time of year. “The bochrum who call us every summer tend to be very young,” said Lans.

While speaking to Rebbetzin Lans about this, the story got more interesting.

“I had a brain injury four years ago while I was at Fort Benning, Ga.,” Lans painfully recalled. “I hit my head and it caused a big brain bleed. My brain exploded a little and that caused very bad bleeding on my brain. Doctors had to do major surgery. I tried to stay in the Navy but it was just too much for me. I had to rethink my life.

“It was May 2017 when I retired. I said to Moshe, I did this for a long time and now I’m going to get out and be your wife. I’m going to try to be the best rebbetzin I could. Then I started giving a lot of speeches and thought this was pretty good. Whatever money I make speaking will go for all the kosher food. Moshe’s salary basically pays for our bills, although you don’t get paid a lot in the military and the money I make speaking goes to pay for the kosher food for the Jewish soldiers and the boys who called up for challah and things like that.”

“A lot of what Moshe does is he tries to go around to see the last name of a soldier. The problem is a Goldberg, Goldstein or a Weinstein is not necessarily Jewish but a Valenzuela might very well be Jewish. So it is very difficult to say who is Jewish. Moshe is extremely relaxed with the soldiers. He asks where they went to elementary school, what clubs do you belong to, what does your father do, was he kind to you? Did you have a Jewish name growing up? Did you meet your grandmother, your mother’s mother? What was her name? He’s trying very hard to find out – was his mother’s mother Jewish? So if his grandmother’s name was Sheila Goldberg now we have to find out if Sheila Goldberg was actually Jewish. He tries to find out if a soldier is Jewish so the soldier doesn’t realize that he’s trying to find out if this person is actually Jewish. Moshe is very good at it. Somehow Moshe is able to find out if the mother’s mother was actually a Jewish person. In the military it’s very difficult.”

During services the Lans are inclusive even for those who are questionably Jewish.

“Even the ones you’re not sure of, you can give them hagbah, gelilah, they can open up the ark and they won’t ever realize that they’re not part of the service. They could read English of the psalms and Moshe is doing the Hebrew,” Lans said.

There are other obstacles as well.

“We’ve had people coming for Shabbos from other places and then they say well I’m going to be deploying for the next four to six months, we say we’ll send you things,” said Lans.

Next month the Lans don’t expect to have a minyan for the Yom Tovim.

“In all previous holidays such as Pesach or Rosh Hashanah/Yom Kippur we’ve always had minyanim and sefer Torahs. We’ve always brought in cantors,” Lans recalled. “This particular time, with the coronavirus and so many people deployed, we’re probably going to get less than 10 people this year. We’re going to advertise it (the services on the base) but we’re probably going to get less than 10 people. We know we have many people through families, soldiers who could be there but between the deployment, people wanting to go home and the coronavirus, we just don’t see that happening this year.”

“Moshe, as a chaplain, can’t do a fundraiser for a sefer Torah for us to have in our possession to go from base to base,” Lans said. “The Army lawyers would not allow that. I was telling Moshe that even a small sefer Torah would be beautiful.

Lans says her accommodations on the base are more than she expected.

Even with all the challenges they face, Lans says this assignment is not a daunting task because she has faith.

“We just feel completely blessed by Hashem. Wherever we go after this stop we know that it’s G-d’s blessing. Every two to three years we take down our mezuzahs and pack up our kosher kitchen, move to a new place and we let the new soldiers know we’re here for you.”

“If you live in the lower 48 states, the Army wants you to move around every three to three-and-a-half years – from base to base – so that the military person grows in his or her career,” Lans explains. “Moshe moved from Fort Hood to South Korea, Fort Benning (GA), Fort Drum (NY) and we’ll be moving to another position so he continues to grow and become a much better chaplain. November will be three years at Fort Drum and we will be moving to another base in July 2021.”

The Lans are not shluchim from Brooklyn-based Crown Heights Lubavitch headquarters. They are sanctioned by the Miami, Florida-based Aleph Institute under the auspices of the founder Rabbi Sholom Lipskar and his son Rabbi Aaron Lipskar.

Rebbetzin Lans ended the interview with two quick stories to demonstrate how “U.S. Army Jewish Chaplains across the military, across this country and overseas work very hard for Jewish soldiers. They work very hard to get them kosher food, tefillin. One Jewish chaplain who doubles as a mohel even flew to Japan, quarantined for 14 days, performed the procedure, flew back to the U.S. and quarantined for another 14 days just so he could perform the bris. The U.S. Army chaplains do amazing work.

“Another Jewish chaplain who is a reservist just flew out to Afghanistan for Rosh Hashanah, Yom Kippur and Sukkot. He’s going to be working hard for other Jews in Afghanistan. The Jewish chaplains at all the bases work so hard and they will do anything for the Jewish soldiers. The Jews who are soldiers work so hard. They’re out there with their tanks and their guns. They work so hard to keep Americans safe from the enemies who want to take America down.”

The Lans do not have any children of their own. They met 15 years ago and tried desperately to conceive. Rabbi Lans’ first marriage ended after a couple of years and produced a daughter. After several failed attempts at pregnancy and seeking to adopt, a very expensive six-figure process, the Lans decided “a lot of people don’t have children so let’s just make the soldiers our children. Sometimes it does become lonely and Moshe and I do cry and then other times we feel completely strengthened to give all of our energy to the soldiers,” Lans concluded.

Coming Attractions of Miracles in the Final Days 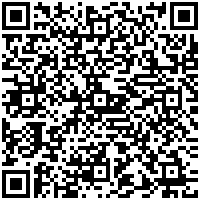