Most people seek to be accepted and wish to be known, and, in fact to be looked up to and admired. In different circles different roles are represented as important.

In some, being a well known professor, or doctor, is of high worth, while in others being a prominent rabbi or leader of the community is admired above all.


In every family the head of the house is respected and appreciated. Each family has children that they try to bring up to be great and worthy people, to the community and to the world at large.

And yet there are many people in the world that don’t fit into these prestigious groups of individuals. What will be of them? Who wants to know them, who can be proud of them? Who really cares about them?

There is a story told of the great and holy Baal Shem Tov, regarding a thief. The story tells how this thief would steal and then ask the Baal Shem Tov for a blessing that the police wouldn’t find him.

This arrangement went on until the passing away of the Baal Shem Tov.

This well know thief had stolen some great sum of money from the Czar of Russia and fled right to the synagogue of the Baal Shem Tov. He was then informed of the sad news of the death of his special rabbi and immediately asked, who was put in charge instead.

The men in the synagogue pointed to a holy and prominent man sitting at the head of the room and told him that now that man was in charge.

Our eager thief ran to him and begged for a blessing that the police wouldn’t find him. The new rabbi looked up at him and shouted; “are you crazy, get out of my synagogue immediately.”

Our poor and insulted thief ran straight to the newly dug grave site of the Baal Shem Tov and started to cry like a small child. He said; “Rabbi, how could you have left this world without worrying about all the thieves? Everyone wants to be a rabbi for all the great and successful students but what about me, what about all the thieves in the world.”

Our thief cried and cried until he feel asleep on the grave site. He then saw the holy Baal Shem Tov in his dream and the Baal Shem Tov told him that since the destruction of the temple there hasn’t been such an honest and true cry up in the heavens. The Baal Shem Tov then sent him to his grandson and told him that he will bless him and that he is the Rabbi of all the thieves.

The story has it, that later on, this thief became one of the best and learned students of the Baal Shem Tov.

But who wants to be the mother of a thief, or the brother of a sick person? Who want to be associated with those special souls that no one wants to be around?

I think that in every generation, the Baal Shem Tov passed on the right and the ability to a few in the crowd to be able to be the “Rabbis of all the thieves.”

The ability to see beyond the naked eye, and see who that “thief” truly is. To be able to see the broken soul from within and be able to give that special and sad neshama, so much love and direction, that they too can become great and prominent in their own special way.

But it takes much more than the naked eye to see and understand just how special these lost souls are.

So the next time you see some poor individual on the street, or hear of some terrible incident on the news, think for a second who the mother of this child is. Who really cares about this person. And who really wants to bless them that the “police” won’t find them.

I bless myself and everyone around me to always be able to see those “thieves,” to always be able to be the “Rabbi” for those who aren’t so well, or important. To be able to say, I am the mother of that child no matter how far he has fallen, and to be proud of him just as one is proud of their child who is a doctor or lawyer or prominent rabbi of some great community.

May Hashem have mercy on all those lost and broken souls, and may Hashem give strength to all those “Rabbis” and mothers to keep seeing beyond the naked eye, straight into their holy and unique souls. 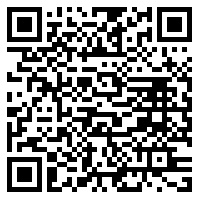