The Knesset House Committee, chaired by MK Eitan Ginzburg (Blue&White) on Wednesday morning approved by a vote of 10 for and 7 against a first reading in the plenum of a bill stipulating that the 23rd Knesset will be dissolved before the end of its term and the elections for the 24th Knesset will be held on Tuesday, March 16, 2021.

The proposed Hebrew date of the elections is the 3rd of Nissan, 11 days before Passover, and less than 90 days after the December 23 deadline for a new government budget. According to the law, the Knesset would be dispersed automatically should government fail to submit a budget by this date.


All 120 MKs will be able to take part in the debate following the first reading of the bill and speak from the podium for ten minutes. At the end of the debate, a vote is expected to approve the law in a first reading. If there is a majority, the bill returns to the Knesset Committee for amendments ahead of the second and third readings. If there is no majority in favor of the bill, it is removed from the agenda.

The bill that was just approved for a first reading also includes reducing campaign funding by about ten percent, easing campaign loan payments for the different factions, and transparency in election campaigning, with election ad bearing the name and address of the person responsible for ordering it, and an indication as to whether this person is acting on behalf of a candidate or on behalf of another entity, which the ad will also reveal. 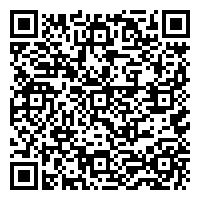