When Chef Sara Black boarded the plane for Bali this weekend, she still hadn’t built her menus for the family she was hired to feed.

But within 24 hours after her arrival, Black was exploring the local market to “see the local produce, get some fish and then to see the island a little bit.”


It’s a good thing she did her research promptly: the family who was to enjoy the fruits of Black’s creative talents for the next 10 days were to arrive a day later.

“I love cooking,” Black told JewishPress.com in an exclusive interview conducted via internet chat from Bali. “It’s creative, artistic; I love surprising myself with new capabilities. I love feeding people.”

Trained at Israel’s famed Tadmor Culinary School, Black has cooked her way through courses and internships at Michelin-starred restaurants in France and elsewhere in Europe, then moved on to gain more experience locally in Israel and abroad, transforming haute cuisine into kosher haute cuisine.

The client couple, residents of the New York-New Jersey area, retained Black’s services to chef meals for their family of eight during their vacation in Bali. Since Indonesia is a Muslim nation, kosher culinary options simply don’t exist. The options for those who observe the kosher laws are painfully limited, depending on how much you can afford to spend, and how creative you are willing to be.

Meanwhile, Black’s sojourn in the Bali market was quite profitable, providing all kinds of vegetables and especially beautiful fruits. The chef raved on the chat about the papaya, which she said “looked amazing.” She said she was thinking about a snake skin fruit salad.

Wait. Snake skin fruit salad? How can that be kosher …??

“Salak fruit,” she explained. It’s a fruit practically undefined even by Google, let alone by Wikipedia. Add a bit of banana, and it’s all good, in fact highly nutritious, especially with the magic of a chef’s touch.

“I’ll make appetizers and desserts with the fruit,” Black went on.

But her personal favorite — surprisingly — comes at the week’s end. “For myself it’s chicken soup on Friday night; very traditional,” she said.

Black is quite busy these days, and as the Jewish High Holy days approach, the calls are coming in. Two years ago, she served as the head chef of a rabbinic conference for a major Israeli Chassidic sect which took place in Montreux, with some 300 Chassidim attending for six days; it was a $30 million project that left no room for error. She has also served as chef for the Grand Rabbi of Belz, shlita; former Israeli Chief Rabbis Shlomo Amar and Yona Metzger; the late Israeli Chief Rabbi Mordechai Eliyahu, zt’l; former IDF Chief of Staff Lt.-Gen. Benny Ganz; U.S. Chairman of the Joint Chiefs of Staff Martin E. Dempsey; Russian oligarch Rafael Rothman, and American Jewish philanthropist Ira Rennert. She’s worked for private clients in Vermont, Las Vegas, New York, England, and in France.

(In fact, it was while in Las Vegas catering an event that the chef met her husband, Samuel Charm, through the matchmaking efforts of the city’s Jewish community; he subsequently made aliyah to be with her, Black recounted.)

“I was also private chef for U.S. Ambassador David Friedman and family for a while in Israel and in their home in Five Towns,” she added. 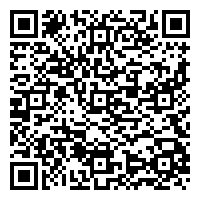