One of the most difficult moral aspects of organ transplantation is the fact that in many cases, the organ donor must be declared clinically dead before the life-saving surgical procedure can begin. For example, surgeons performing a heart transplant operation must wait for a period of time before beginning to make sure that the donor’s heart doesn’t spontaneously start beating again. However, any delay in the re-implantation damages the transplanted heart and reduces the chances of success.

Another moral consideration in the current transplant procedures is the requirement to wait until a potential donor’s doctors and family members have given up on attempts to save them before beginning any preparations for the procedure.


But the success of cardiac transplant operations in saving patients with failing hearts has put the system under stress because the demand for hearts to transplant now far outstrips the supply. As a result, there are 6,000 Americans who die each year while waiting for an organ transplant.

Family members of patients who are waiting for a lifesaving organ transplant have put pressure on the United Network for Organ Sharing (UNOS), which manages the national organ transplant system for the federal government, to loosen some of the requirements to qualify as an organ donor.

The issues involved are not simple. Everyone agrees that it would be immoral to take a vital organ from a donor who is not yet dead, but that raises the question of how we define death. That standard has changed over the years. Historically, the standard was the cessation of the heartbeat, which today is known as “cardiac death.” But that standard was changed in the 1970s, when the medical establishment adopted brain activity as the new determining factor as to whether someone is alive or dead. Since then, the guidelines have called for most organ donors to be brain-dead before transplant activities can be started.

But as the demand for life-saving organ transplants increased, doctors in the 1990s began advocating a revision of the guidelines to allow transplants to be initiated even before all brain activity has ceased, as long as the heart has stopped beating. This procedure is called “donation after cardiac death,” or DCD, and it has become a growing source of organs used for transplants in recent years.

DCD involves harvesting the organs surgically within minutes after respirators and other forms of artificial life support have been turned off for patients who no long have a heartbeat, but who are not yet clinically “brain dead.” Candidates for DCD are in intensive care after suffering irrecoverable brain damage, due to a car accident or stroke, for example, but whose brains still show some neurological activity.

The National Academy of Sciences concluded in 1997 that DCD was ethical as long as there were sufficiently strong protections in place to make sure that the best interests of both the organ donor and their family members were being respected, and that their wishes were being followed: Guidelines were established to make sure that the decision to withdraw life support must be made independently of the decision to donate organs. The original recommendation also insisted that surgeons must wait at least five minutes after the heart stops before removing any organs, as a precaution against the possibility that the heart could start beating again spontaneously. But since then, the standard for the minimum amount of time surgeons must wait has been gradually reduced to two minutes.

Some doctors would like to see the delay shortened even further. At the Children’s Hospital Colorado in Denver, surgeons reduced the waiting period to only 75 seconds before removing hearts from brain-damaged newborn babies to be transplanted into infants. But that touched off such an uproar of objections that the hospital was forced to abandon the practice and is again requiring its surgeons to resume waiting at least two minutes.

The additional few minutes of delay can mean the difference between the success or failure of the transplant, and the life or death of the organ recipient. That is why doctors are seeking to find new ways to start performing the transplant as soon as the donor has been declared cardiac dead. One program in Pittsburgh is trying to seeking ways to start the transplant procedure on patients who have died while they are still in the emergency room. Another program in New York City is exploring the possibility of performing the organ-retrieval procedure in ambulances on potential donors who have been declared dead at the scene of an accident.

The 16-page draft proposal for the new transplant guidelines was published this spring by the UNOS organ procurement organization committee. Its 22 members developed the new recommendations over the course of a year of deliberations. After waiting for comments from concerned outside parties, the organization is now in the process of finalizing the new rules for transplant procedures throughout the United States. 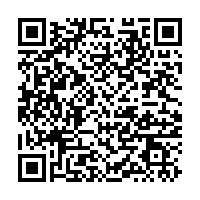