What does an elected official in his fifties have in common with a young Chassidic father, a young mother who works as a freelance copy editor, and a 21-month old infant? All four individuals, from very different backgrounds and walks of life, suffered a stroke which robbed them of some of their previous abilities, and prompted an individualized recovery process which is likely to last for the rest of their lives.

Of the four, only New York State Assemblyman Steven Cymbrowitz, representing the 45th Assembly District in Brooklyn, experienced the classic symptoms that we usually associate with a stroke, a sudden interruption of normal blood flow to a portion of his brain as the result of a blood clot, which nearly took his life one morning in March, 2005. They are all part of a fellowship of more than 500,000 people in the United States each year who suffer a stroke or traumatic brain injury (TBI), leaving one-third of them with a permanent disability.


Strokes are the third leading cause of death in the U.S. They are usually associated with middle aged or elderly individuals, but they can befall individuals at any age, even young children. According to Chavie Glustein, the founder and director of BINA, a Brooklyn-based organization providing a broad range of services to hundreds of families dealing with the aftermath of stroke and brain injury, in discussions of treatment and recovery, TBI is often included with stroke, because its impact on the patient is often virtually identical to that of a stroke. TBI can result from common events such as falls, vehicular accidents, and sports injuries, to name a few, and is a leading cause of death and disability in children and young adults.

While the severity and effects of stroke and TBI vary widely, medical science has developed an effectively arsenal of medical equipment, medications and therapies to treat victims of both conditions, and to assist in their recovery. Those who survive often require years of therapy and rehabilitation, and even those who successfully recover will still have to deal with the effects years after resuming their normal day-to-day activities.

Assemblyman Cymbrowitz credits his wife Vilma for saving his life by telling the ambulance driver who responded to her 911 call to take him directly to the Stroke Center of Maimonides Hospital in Brooklyn. There a team of specialists used the MERCI (Mechanical Embolus Retrieval in Cerebral Ischemia) Retriever to remove the blood clot which was blocking one of his cerebral arteries.

Cymbrowitz survived because he received aggressive treatment within the critical initial 180 minute period from the onset of symptoms, what doctors call the “golden hour.” The prompt treatment also limited the damage the stroke did to his brain, and enabled him to recover very quickly. He returned to Albany to resume his official duties just two weeks after suffering the stroke, but today, seven years later, he is still dealing with its more lasting effects.

A. is a 5-year-old girl who suffered extensive brain damage from a stroke at the age of just 21-months. Her doctors still do not understand what triggered the stroke, but the effects of her cerebral infarction (the death of brain tissue due to the interruption of the blood supply), were devastating.

A. had experienced some earlier developmental delays, but just before she suffered her stroke, seemed to be catching up. She was babbling happily and on the verge of starting to walk, when the stroke came on without warning. In a coma and barely breathing, A. was rushed to the hospital by her frantic parents.

When she came out of the coma, it was soon clear that she had suffered a major setback to both her physical and cognitive development. She could no longer stand or even crawl. She was subject to seizures, and lost her ability to babble.

Medication stopped the seizures and thanks to intensive physical and occupational therapy, A. can now walk and even run. But she is still at a cognitive development level of about 12-18 months. She has virtually no ability to communicate, and her progress in speech therapy is painfully slow.

A. now attends a special needs school not far from her home in Great Neck, Long Island. Her parents are grateful for the support they have received from their community and groups like BINA, which provided them with encouragement and the latest information on the wide range of treatments and resources available for their daughter and other stroke and TBI victims.

The survival rate for stroke and TBI has been significantly improved by the establishment of stroke centers like the one at Maimonides, equipped with the latest imaging equipment, medications and treatment devices, and a specialized staff experienced in their effective use. A significant advance is the introduction of computer-controlled robotic devices such as the Lokomat (depicted on the cover) at leading rehabilitation and stroke recovery centers around the world. Lokomat provides patients who cannot stand or walk on their own with physical support against the pull of gravity and motorized assistance for their limbs and muscles. It also has a computer monitor which uses video game-type simulations to give the patient instant positive or negative feedback on their movements on the treadmill. The result is more productive therapy sessions, speeding up the recovery process. 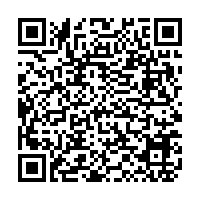